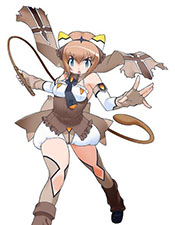 Konami is, at times, quite an odd little company. For every played-straight game or series in this lineup (like Castlevania and Gradius games) there's then weird little oddities (like the Kid Dracula and Parodius) games. It's a company that likes to poke fun at itself sometimes, making games on a lark because they could be fun. And then, because it's already half-way into the weirdness abyss, it then goes whole hog and make really strange crossover games that make absolutely no sense when you think about them.

That's how we got Otomedius Excellent, a space shooter featuring female counterparts to characters from throughout Konami's lineup. A sequel to an earlier game (Otomedius, released to home consoles as Otomedius Gorgeous!), a spin-off of the Parodius/Gradius series. In this game, the Bacterians from Gradius have returned to Earth in the 21st century and the only warriors capable of defeating these aliens are schoolgirls (because Japan). While the first game featured schoolgirls based on the various Gradius games, this sequel introduced characters from across Konami's line.

And that's where Kokoro comes in. Due to the time period the games were set in, it was natural to make the Belmont lady in this game a sister (or maybe daughter) to Julius Belmont (their exact relationship isn't made clear). Powered up with holy items and powers, Kokoro was given Julius's blessing to go off into space and fight the evil aliens, saving the Earth in the process. It's just as weird and ridiculous as you think, and that gets us back to our main point: Konami can be a really strange company sometimes. But if they weren't we wouldn't have a game featuring schoolgirls riding ships to destroy aliens, and that's not a world anyone wants to live in. 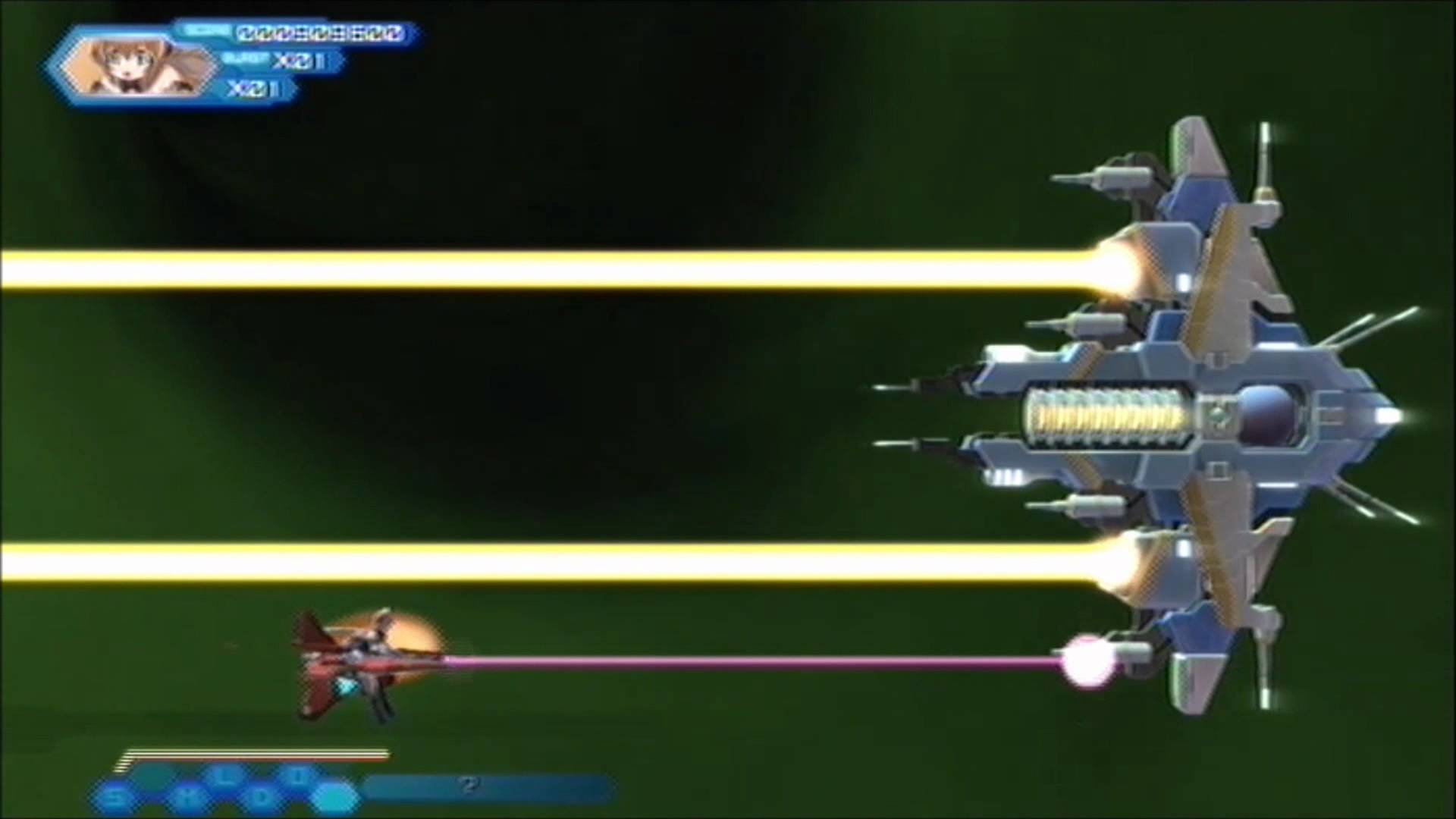 Years ago, a deadly race of aliens, the Bacterians, attacked the planet Gradius. Laying waste to huge swaths of the planet, these aliens looked to destroy anyone that could possibly stop them from conquering the universe. THankfully, there was one ship capable of stopping the Bacterians in their tracks: the Vic Viper. Flown into battle, time and again, the Vic Viper made short work of the Bacterian fleet and sent the evil aliens packing. And for a time there was peace.

The threat never really went away, though. In the twenty first century on Earth, the Bacterians returned. Blasting their way to the planet, the Bacterians found new foes to fight: the St. Gradius high school student, Aoba Anoa, and her friend. Charging into battle on power ships (including Aoba's new Vic Viper), these ladies helped to drive back the alien scourge once again. Together they formed the Angel Squadrons and watched over the planet.

Not long after, though, the Bacterians returned again. New pilots were needed to continue the fight, and among those enlisted was Kokoro Belmont, a middle school studnet at St. Gradius. Gaining hte blessing of her family member, Julius, Kokoro leapes into battle aboard her own Viper ship, the Stavros. She proceeds to mow through the enemy forces of the Bacterians, using her inherited weapons (her whip and sub-weapons) to lay waste to the enemy fleet. With her aid, the Earth is saved. And just in time, too, as (show at the end of the game), Dracula's castle has returned and someone (namely Kokoro) had to go there to save the day once again.

Obviously, as far as Castlevania continuity is concerned, Otomedius Excellent is not canon. Kokoro, much like Konami Wai Wai World hero Simon Belmont III, is not an official member of the clan and her game does not really take place in the proper series timeline. Still, this game was a fun lark and it's always nice to have a few extra women in the series, no matter how strange their games may be.

Included as a DLC download, Kokoro brought Castlevania weaponry to her Viper ship. Her primary weapons include the holy water (which launches like a grenade and crashes against enemies or the ground), beam cross (shooting our ahead, with decent range, like a laser), axe (which travels in an arc just like the class axe sub-weapon), and the beam whip (a continuous pink laser that leaves a trail across the screen, providing great coverage). Kokoro is a powerful pilot, but her weapons aren't necesarily easy to master, making her a better choice for experienced players.