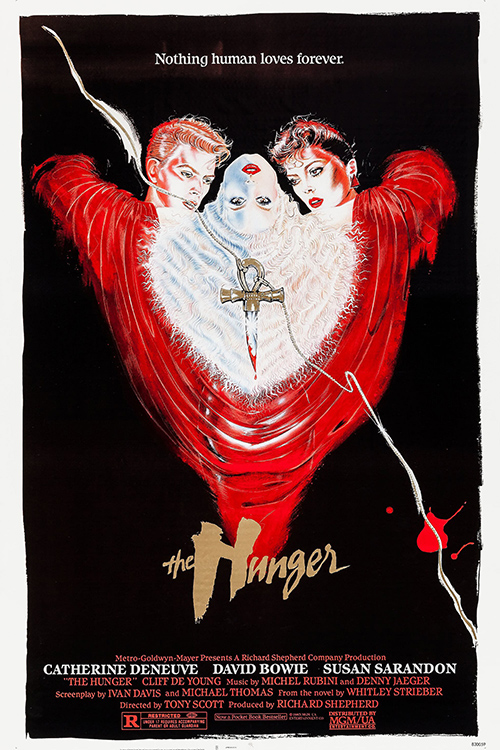 You cannot overstate the power of David Bowie. The musician / songwriter / actor / all around amazing space alien could dominate any room, park, or movie screen. Putting David Bowie in a movie feels like a natural occurrence. Putting him in a vampire film is so obvious and natural there had to be studio executives going, "we can't do it, it's too on the nose." The only way you could have David Bowie as a vampire in a film is if it was so arty and over the top that David Bowie seemed like the least unusual thing in the film.

Which leads us to The Hunger, a very arty vampire film from the early 1980s in which David Bowie is really the least weird thing in the film. That's an impressive feat by any measure. The thing about David Bowie, though, is that even being normal (by his relative measure), he's still a magnetic presence. When he's on screen in the movie, The Hunger flies. Once he leaves the film though, things really start to drag. This is a movie all about Bowie and it doesn't know what to do once his character exits, stage right.

We're introduced to our two vampire leads, Miriam (Catherine Deneuve) and John (David Bowie) Blaylock has to stalk two club-goers at a New Wave club one night. They take these two (unlucky) individuals home and, after plying them with more drinks and music, proceed to slice open their veins with tiny knives (which they keep tucked into ankh pendants) and drink their blood. Miriam and John are vampires and the blood of the living is the only substance that sustains them. Unfortunately for John, his body stops using the blood to keep him alive.

One day John notices wrinkles on his face that hadn't been there the day before. This is quickly followed by other signs of aging, such as liver spots on his hand. He goes to see Dr. Sarah Roberts (Susan Sarandon), a specialist in aging disorders, but she's unable to help him in time as he quickly ages, going from looking like he's in his 30s to being 90 or older in the span of a day. By the time Miriam finds him, he's already too far gone to save, a mummified corpse walking around. She puts him to bed, presumably so he can die, and then moves on to her next love, Sarah, so she can turn the good doctor and have a companion for a time. But will Sarah take to being a vampire, or is Miriam just condemning another soul to an eventual, horrible death? 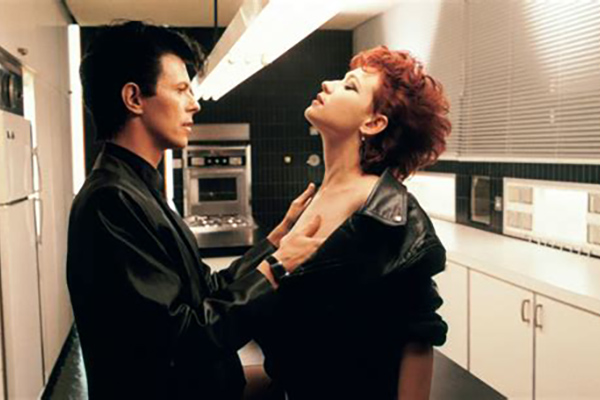 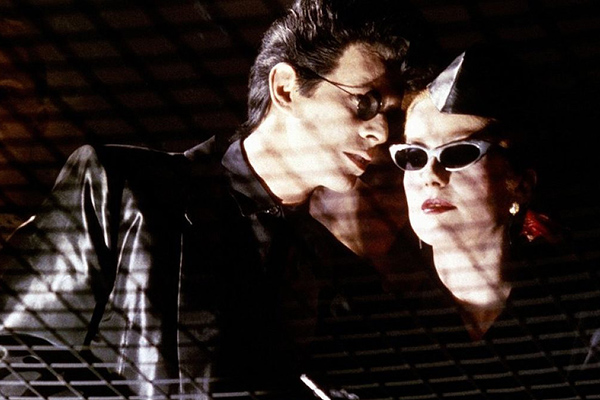 The vampires featured in The Hunger aren't traditional vampires. The film does note that Miriam is "European", as so many vampires are these days, but as far as the many trappings of the vampires you'd expect -- can't go out in sunlight, can't handle holy items, can't see themselves in mirrors -- none of that applies to these two vampire lovers. Only the blood actually matters for them, and it's what sustains them and gives them eternal life.

Except, of course, John's isn't eternal. As we learn, that's something Miriam dangles in front of her lovers but, in the end, it's never true. Miriam is eternal, but the idea raised (while only tangentially explored) is that Miriam's "purer" strain of vampirism doesn't carry over to her lovers. At a certain point each and every one of them ages in a mater of days, left to wander as mummified corpses in the end. Maybe they are eternal, maybe not (the artiness of the film makes that a little unclear), but certainly the eternity they were promised with Miriam is a lie.

The best part of this film is certainly David Bowie. For the first half of the movie he's more or less our protagonist, going from vampire immortal to suddenly aging old man. Bowie sells this journey, his fear a suddenly seeing his youth fade away, along with the path he has to progress to try (and fail) to regain what he's lost. This journey alone could carry the film, and it certainly makes the first half of the film quite watchable. The trouble begins once Bowie's character gets too old and is shoved out of the way as, from that point forward, the other characters have to carry the film.

In fairness, Susan Sarandon is a fine actress. The issue for her is that Sarah is underwritten. Actually, everyone in this film is underwritten, but Bowie is able to take John and make a solid character out of him. Sarah is introduced late and suddenly becomes our protagonist without much development of her character. Sarandon does what she can with the good doctor, but there just isn't enough there to turn Sarah into a solid heroine by any measure. 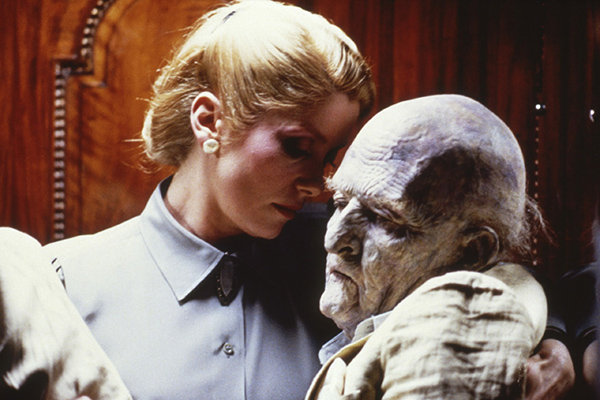 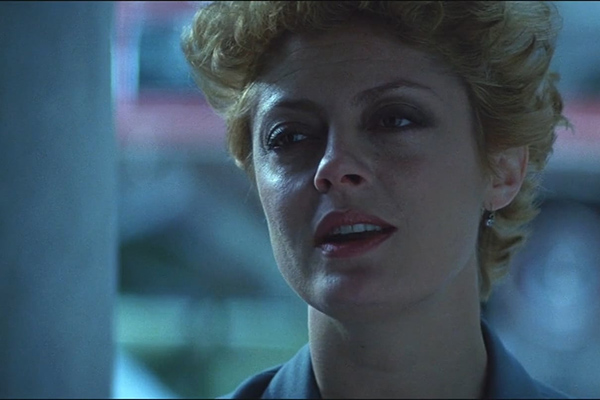 Worse, though, is that Deneuve's Miriam is a total void. She should be the vampire queen, a masterful and charismatic presence that draws all her lovers in. Instead, though, she's barely a whisper at all. You get the vibe, from the people around her, that she slowly grooms one person after another so they will be with her for a time (not unlike the vampire from Let the Right One In), but this is implied. The character doesn't get much of any character background or development, and the actress seemingly doesn't know how to invest in the role. Miriam hardly exists in the film when she should be the heavy.

The film tries its best to cover for this by being flashy and arty, but it doesn't really work. It puts on airs which only sustain the film when Bowie is around (because he is art all on his own), but those artistic trappings wear thin fairly quickly. The film gets impressionistic and weird when it actually needs to focus, bleeding its energy out right as Miriam finally finds a new lover and the blood starts to spill. I get the desire to make vampires into high art (they lend themselves to that quite well), but in this case it doesn't really work as well as the production team wanted.

When this film works it works really well. Bowie's scenes light the screen and make the film into an intriguing and compelling meditation on life, loss, and stolen immortality. But Bowie is only in half the film and then the movie doesn't know how to cover for his absence. That leaves The Hunger as half of a good vampire film and half a bloated and wasteful artistic puddle of 1980s trappings. It too uneven to be good, but certainly something to watch once just to see Bowie work his magic.