Werewolf: The Beast Among Us 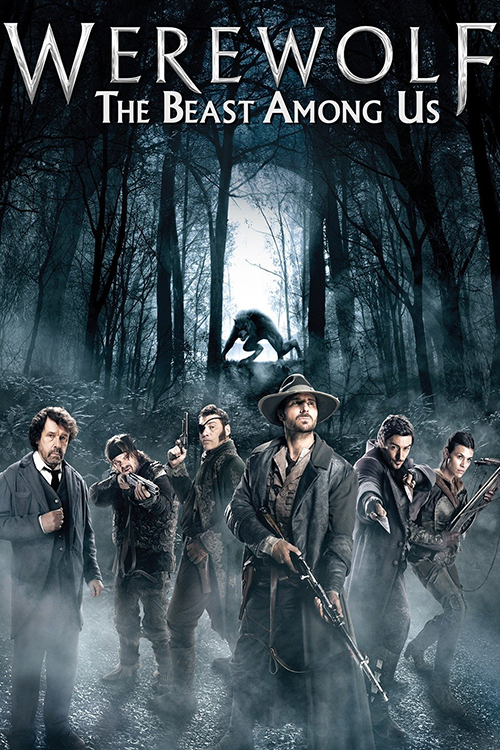 It's amusing to think there was a time when Universal had high hopes for their monsters films. More than one time, in fact, as they not only tried to kick-start the Dark Universe on the back of the 2017 The Mummy, but there was their previous attempt to launch a monster universe from Dracula Untold. Neither of those, you will note, were successful. But even before that, Universal anticipated a chance to create a wider monster-verse, and the launch film they were looking at was the 2010 The Wolfman.

If you've read my review (or seen that movie), you'll know that 2010 effort as a failure of massive proportions, pretty in construction to be sure but utterly devoid of personality or emotion. It's a tedious bore, in point of fact. Universal, though, expected the film to do well enough to launch a whole series of werewolf films and, in anticipation of this rousing success, they'd already commissioned work on a spin-off film, Werewolf: The Beast Among Us. But when the 2010 Wolfman failed, the studio quietly shuffled this spin-off to a side studio, stopped thinking of it as connected to the 2010 film at all, and then released it to home video in 2012 to little fanfare at all.

Even without the connection to The Wolfman, I don't think Universal would have much of a winner here. Based on the final product -- a film that is admittedly, hobbled by a lack of budget and an indifferent studio -- Werewolf: The Beast Among Us was never going to be a rousing success. It's a trashy, stupid, glaringly bad movie that can barely hold itself together to tell any kind of story. In that regard it's actually a perfect companion piece for the 2010 big studio film, but that's not really a comparison anyone would want to make.

In Werewolf we're introduced to a little European town where a beast is going around, killing the townspeople. Its started on the full moon, month after month, but recently the beast is killing any night it chooses, something a werewolf shouldn't be able to do. A young doctor-in-training, Daniel (Guy Wilson), has theories on the beast, what drives it and what's controlling it, he just needs someone he can tell these theories to so they can use it to capture and kill the beast. The town is scared and everyone needs a hero to step in and save the day. 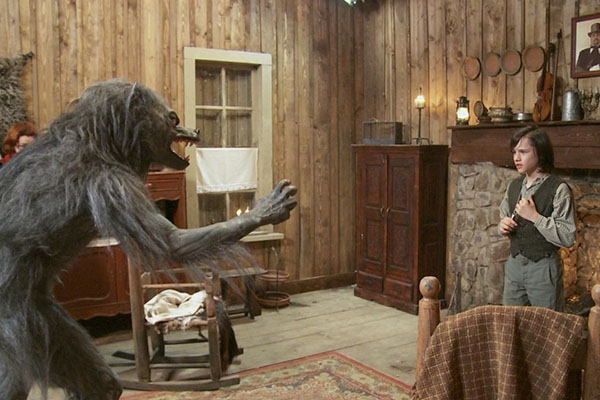 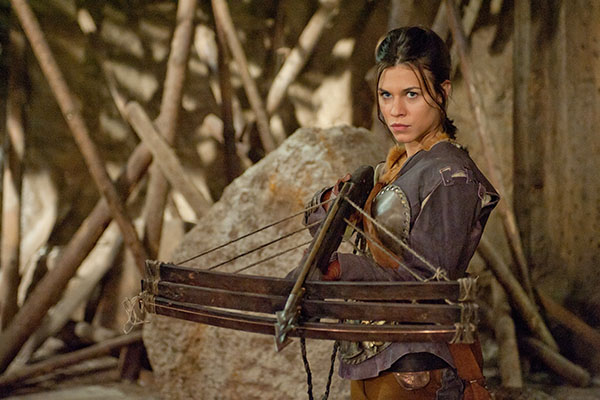 Enter into that Charles (Ed Quinn), lead of a band of werewolf hunters -- Ana Ularu as Kazia, Adam Croasdell as Stefan, and Florin Piersic Jr. as Fang. They've come to town to deal with the werewolf and capture a fat reward in the process. But once they talk with Daniel and learn about the beast they're tracking they realize they have to change tactics and hunt this beast differently because it's not just any werewolf, it's something special, something driven. And if they aren't careful, they could all end up dead at the hands of this beast.

The first, and biggest, problem with Werewolf: The Beast Among Us is that the film has no personality, no style, no substance. I recently sat through one of the Roger Corman Sharktopus films (the third one, not that it really matters) and was greeted with a film devoid of any of the hallmarks of good film making -- decent acting, good cinematography, editing that makes any sense at all. That film felt like a made-for-TV movie, through and through, and that's the same feelings I had with Werewolf -- it was made on the cheap, with a bunch of actors that could be hired because they didn't have "real" careers, and cobbled together by a crew that really didn't care much about anything except collecting a paycheck.

There's really only two decent actors in the film, Ed Quinn and Stephen Rea (the latter of whom plays the town's actual doctor who also trained Daniel). These guys have actual chops, such as they are in a film like this, which is great. The problem is neither of them are the actual leads of the film. The hero is Daniel, who is decent, but not great, and his lady love Eva, who is remarkably bland. These should be the focus of the film, they certainly would be the ones if the movie were constructed better, but because they're both so boring you end up not caring about them or their story.

That's a bigger issue than just a lack of a hero to band around, although Daniel's blandness does mean that the rough and tumble hunter, Charles, becomes our de facto lead. Daniel, as we learn (and yes, spoilers for an old movie) is the werewolf (thus "the beast among us" is actually a literal subtitle). His anguish once he realizes should be a key turning point for the film, and it should drive the back-half as we try to find out what will happen between Daniel and Eva... but we just don't care. At all. 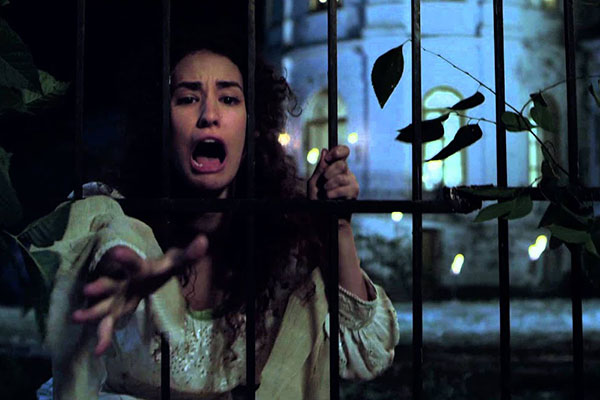 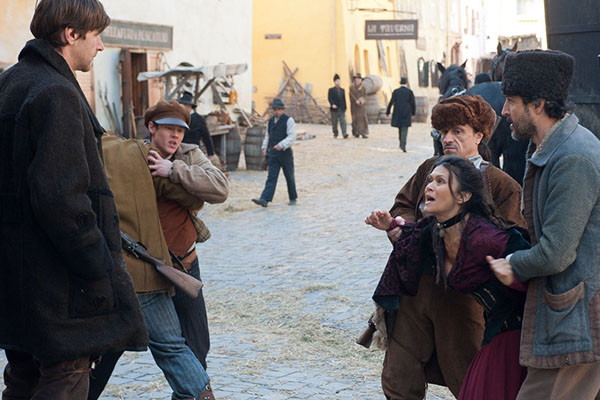 This leaves a big hole in the film, one too big for Charles to fill. And while I like that hunter, the rest of his pack is woefully underdeveloped, a collection of character tropes without any real substance. If the film had focused on this crew and actually developed them as real characters we could have actually latched onto them and enjoyed that story, making it the driving force of the film, but Werewolf is too stupid to handle that, either. All we get is a bunch of characters running around, fighting a werewolf, and then eventually the credits roll.

And, of course, the action in the film isn't great either. It's a werewolf film so the crew is able to get away with filming everything at night, in the dark, to try and cover for how bad the special effects are. But you can't cover CGI werewolf effects this bad (again, on the order of a Corman Sharktopus) so it's hard to get invested in any of the clear fake, poorly staged, badly acted action. There's just nothing here.

I've seen worse films that Werewolf: The Beast Among Us. Hell, I've watched plenty worse than this for the site over the years. Universal should be glad, though, that a film this inept didn't come on the heels of an actual, successful franchise. If Wolfman or Dracula Untold had tied into this it probably would have killed the franchise in its tracks. Better that every attempt at a shared universe so far as be euthanized, I think.