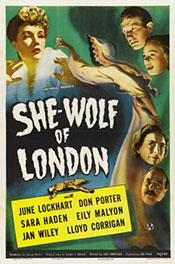 Phyllis is rich, young woman living at home with her aunt and cousin (who, we learn early on, aren't actually related to Phyllis by blood). The rich heiress of a fortune, Phyllis has little in the way of cares or concerns, instead simply looking forward to the day when she can marry her suitor Barry. However, mysterious, animal-like killings begin happening around London at night. Each morning Phyllis wakes up with no recollection of the night before and signs that, somehow, she's been outside. Soon she begins to suspect that she's inherited her family's mythic curse and that she's been the one doing the killings because she's... the She-wolf of London!

Every time I discuss this movie (with friends or Online), I always feel the need to mention that counting this as one of the "Universal Monsters" flicks is a bit of a cheat. The movie is less a supernatural horror movie than a murder mystery and we never actually see a werewolf (he-wolf or she-wolf) in the whole film. Despite this (or maybe because of it and how tired I am of the standard Universal formula having watched a good 15 of these films at this point for the site) I found the change of pace and design refreshing. This isn't the normal Universal Monster film and that's why it works.

Certainly the murder mystery angle is intriguing. The fact that you don't know if she's the monster or not helps you to invest in Phyllis in ways I never could for Glendon in the first Werewolf of London. Phyllis is a more endearing character, one who has actual emotions, actual fears, and is sick to death over the crimes she thinks she's committed. Universal werewolves are all a tortured lot, but I will say that this is the first movie where I really cared about their turmoil and hoped they'd find a way through it. Plus, since you aren't even sure if Phyllis is the bad guy or not, you aren't immediately assured they'll die by the end of the movie (again, the Universal formula that sucks so much).

The movie around Phyllis is pretty standard stuff. We catch glimpses of the She-Wold (from a distances) committing crimes (we never see because Hollywood didn't show gore at that time) all while the cops run around talking about how atrocious these murders are (and we take their word for it because... well, because). The movie isn't scary any more than other Universal monsters films are scary -- if it was still the 1940s, maybe I'd find the scares compelling, but with modern eyes they're more of character pieces. The horror is secondary which does hurt the overall viewer experience when we're in this for horror films. 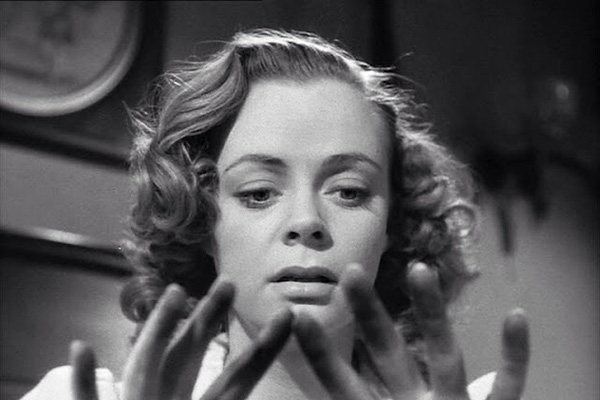 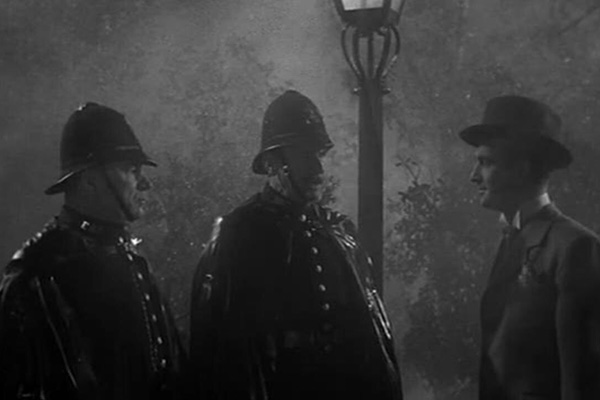 Plus, to be honest, the film is much to short. At just barely over an hour, this film is one of the shortest of the Universal Monsters films. A good 15, 30 minutes more would have helped to flesh out the plot a little and maybe given us a few more killings to (maybe, sorta) be worried over. Plus, Phyllis really is a compelling character. I wouldn't have minded a little more time with her, extra scenes to get into her head and experience the horror from her perspective. That might have actually made the film a little scarier in a way few 1930s and 1940s films were able.

This is still one of the better horror films of its time. Although probably a little slow over all for modern audiences, the film does have a good hook. It's worth a watch just to see Universal do something different and actually play with their own formula for once.