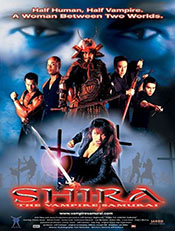 Shira: The Vampire Samurai begins with a young Japanese woman named Shira (Chona Jason). Shira is running from vampire ninjas (because everyone should be ninjas), while her husband is fighting a dozen more of these foes. After her husband is felled, Shira is cornered by one of these beasts and bitten. Not wanting to live her life as a vampire, Shira commits "seppuku" (Japanese ritualistic suicide) to prevent turning into a creature of the night.

Due to her "sire" not being a real vampire (which I don't understand how he wasn't a "real" vampire), and because she lost a lot of blood from her self-inflicted wound, she somehow becomes a half-breed vampire. After being nursed back to health, Shira then trains to become a "classic" Japanese samurai so as to fight the forces of evil (thus proving that the natural foes of ninjas are samurais, not pirates).

After four centuries, Shira finds herself beating up vampires in modern day Los Angeles. While on patrol, Shira defeats a gang of L.A. vampires (that act more like werewolves than modernized vampires, snarling and crawling around on all fours) that are attacking a defenseless woman. After the battle, Shira finds an amulet on one of the fallen vampires that relates to an ancient prophecy: Shira the half-breed vampire will breed day-walking vampires. Wanting to fulfill the prophecy (of course, because you can always trust prophetic amulets), an utterly evil vampire/club owner, Kristof (Adrian Zmed), wants to force Shira to breed with him so he can father the first generation of evolved vampires.

When reading the plot, the film suggests it would be an odd mixture of Buffy, Angel, Blade, and The Last Samurai. Most of those shows/films are decent and fun to watch, and while the plot of Shira would suggest a cheesy B-film combo of the best (and cheesiest) of these "source" materials, the end result is actually just a horrible, unwatchable movie.

The biggest flaw with this movie is the acting, which is truly atrocious; it is an insult to anyone who would ever consider themselves a thespian. The actors seem to be reading off of cue-cards and only solidify this theory by rarely looking at fellow cast members directly while talking to them; their gaze is always off to the side or looking over the person's shoulder. 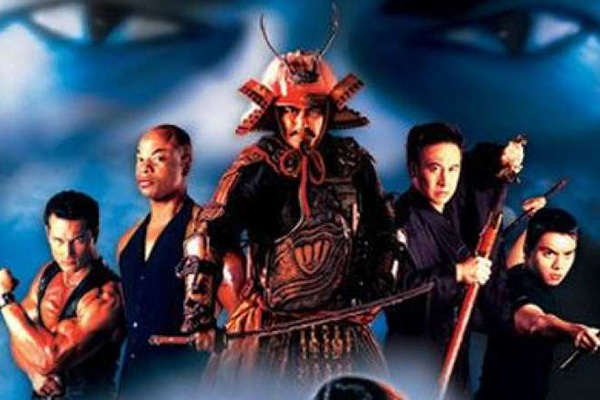 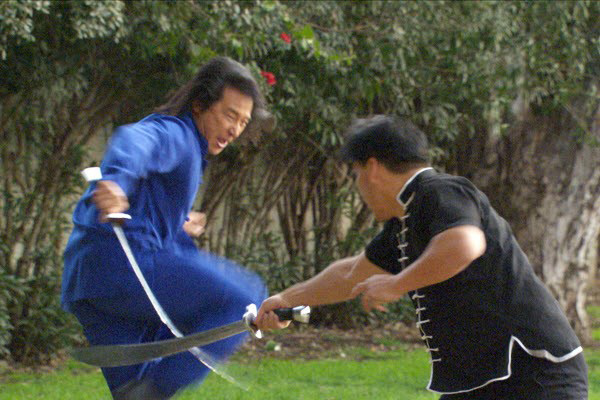 Chona Jason was by far the weakest link in this movie; she can't act at all, and she makes watching some of the scenes tedious. To make matters worse it seemed as if every scene she was in brought down every other actor that acted beside her (like an unending black hole of bad acting). Shira's lines are annoying, and Chona doesn't seem to care about the movie, or her performance, at all. Even a "strip tease" scene part-way into the movie that Chona had to perform was not only atrocious, but boring.

Although the acting was dreadful, the actors did not have much to work with. The script was so poorly written and full of terrible, and often clichéd, dialogue, with "classic" lines like, "that wasn't no day-walker, that was a crack-head". The directors, who clearly did not take the time to carefully study Japanese culture or language, butchered the rich history and language to the point that it’s truly offensive. All of the Japanese characters in the film (most played by non-Asian actors), try to imitate real shogun-era character actors by lowering their voices and spewing out a made up language, which ends up sounding like grunts with a few English words thrown into the fake "Japanese." One can only assume the actors (at the very least the director) thought Japanese actually sounds like that.

This movie has a number of action scenes, and like the rest of the movie the action scenes are almost unwatchable. The actors, while some of them obviously have some knowledge in martial arts, are more worried with ending their moves in "cool" poses and trying to look "hardcore" rather than actually fighting. Most of the movement is clunky and forced, and a lot of the extras (and even some of the main characters) do not know how to fight very well (at least on film).

There is, however, one good martial artist in the movie: James Lew (who actually is a pretty famous martial artist). Lew (playing a suave martial arts master), unlike most of the other cast members, actually knows how to fight gracefully and with skill. Unfortunately his skill is not nearly enough to save this movie, because he was greatly under-used (really, he was practically ignored).