If Bloodstained can count as its own work, though, despite how indebted it is to the official series, what about other games. What makes Bloodstained and "official" and "legitimate" title while other games might not count. Sure, if a game puts on Castlevania sprites, uses music from the series, and says, "hey, I'm Castlevania" in the title, then it's a Fanwork. But what about games that tread a clear middle ground, in love with the classic series without using its assets?

That was the debate I had with myself while playing Crypt Stalker, a game so clearly designed to be a Castlevania game that you could tell the developers had to change details just so they wouldn't get sued for copyright infringement. But it's the changes that set it apart and make it clearly not part of the series we all love. It's a fan-game with all the directly obvious material stripped out even while it looks, walks, and quacks like a graveyard duck.

In the game you play as a demon hunter sent to the Pyramids of Egypt to take out a growing threat. An evil lurks in the temples along the Nile and it's up to you and you alone to defeat these monsters. With whip and hand, and a trust gun on your side, you have to explore through eight stages of evil all to get to the final demon and stop it from taking over the world. You know, pretty standard stuff for a demon hunter exploring their own retro-inspired game. 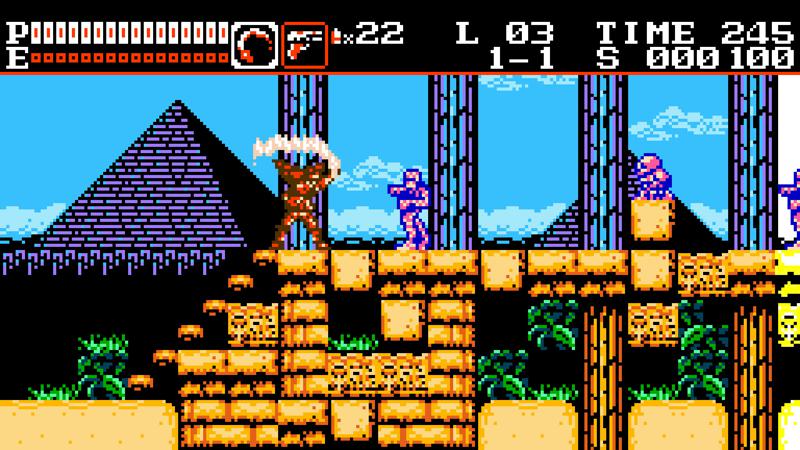 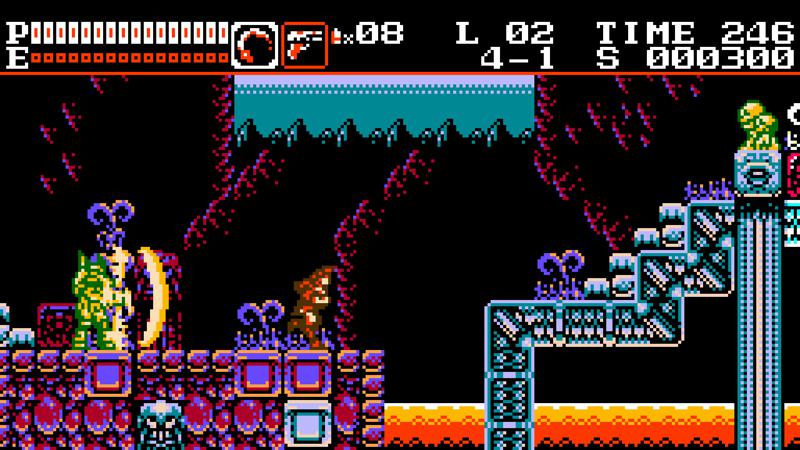 The game has all the expected trappings of a Castlevania title. Your heroine looks like a Belmont, trucking through pixelated stages as she take on all manner of beasts -- ghosts and bats and slimes, along with fireball shooters and demon hoppers and the occasional Anubis spear-knight. She swings her whip with gusto and can even upgrade it within the stage. Hitting bonus blocks with her whip will break them open, dropping ammo for your sub-weapon, a pistol with a range of collectible shot types. Everything you'd expect is here, just legally distinct enough to not technically be a Castlevania game.

Honestly, it works. It has the right vibe, from its pixelated graphics to its plinky music. It, naturally feels of a piece with another modern extension of the Castlevania multi-verse, Bloodstained: Curse of the Moon. What people liked about that game -- it's retro feel, the way it nails the little moments that Konami's series got so right -- that's all here in Crypt Stalker and it feels really good.

For fans of the classic style of Castlevania, this game does deliver. It has the hand-as-nails game play coupled with precision platforming. Controls feel tight and responsive and the enemy placement is never truly unfair. This is a game that does revel in making your work to clear its stages but it's never so hard that it feels unfair. It strikes that balance we all remember from the classic games, updating the style to HD screens with modern controllers. Honestly, it's a real treat to play.

I wouldn't say it's entirely perfect, mind you, as little things do shave fractions of a point off it's perfect score. For one, the music is a tad repetitive; the loops are pretty short, and while any particular looping song does sound good, the stages are long enough, with the music loops short enough, that you'll hear the same thrumming measures over and over and over again. Meanwhile, the sub-weapon feels rather underpowered, limiting its usefulness unless you get just the right power-up at just the right time. Little tweaks in these sections of the game could really make Crypt Stalker even better. 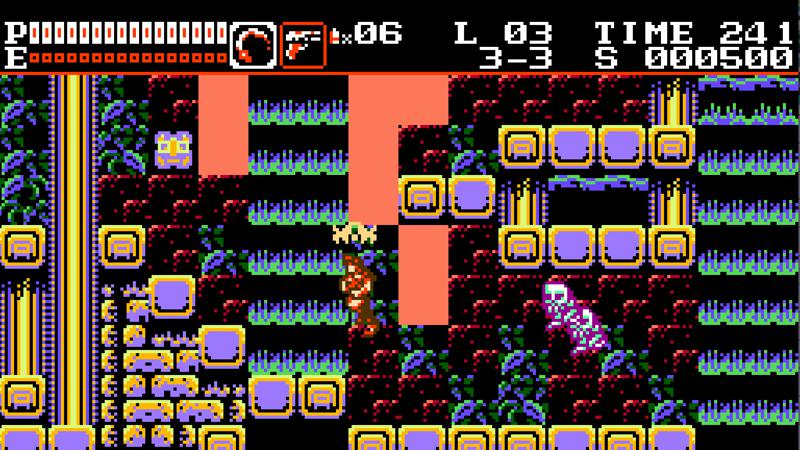 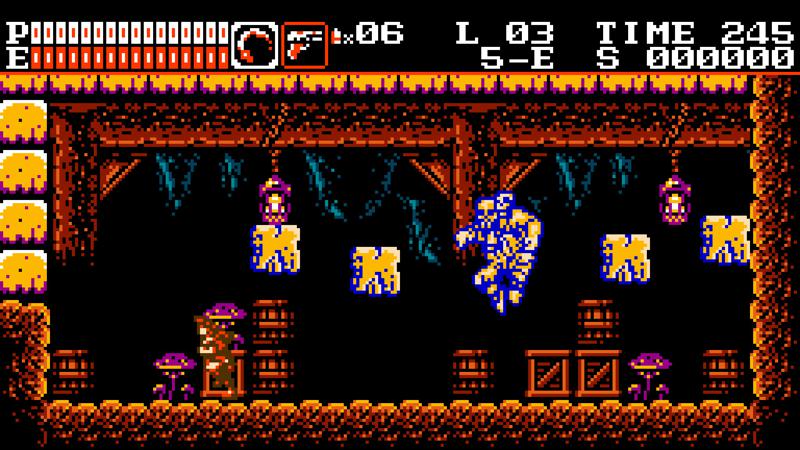 What helps the game, though, is its care and consideration for the classic series. It's main adventure is the right length, with the right challenge, to bring the classic-style enjoyment. Then, once you finish the main game, a "portable" edition (done in the monochromatic greens of the old Game Boy) is unlocked providing five extra stages with their own devious traps and tricks. Beyond that is even a challenge mode with mini-stages for you to prove your monster-hunting craft. It's a lot of content provided in a solid little package that's hard to deny.

Crypt Stalker nails so much of the classic series so well that it's hard to deny the charms of this title. For those looking for an old-school style game that evokes the classic Castlevania series we all know and love, Crypt Stalker has everything you want and more.

Let's be clear: this is a Castlevania game in all but name. If it had been released as an official title no one would have batted an eye. As such it's easier to pick out the things that aren't the same as the classic series than those elements that are the same.

In that regard, then, our heroine has a different set of whip mechanics than the classic heroes. Yes, she whips, and she can attach to specific rings to swing. Her whip, though, only has two power levels, leather and fire (or leather and chain in portable mode), and it resets at the end of each stage (so you have to find the upgrade again in the next stage). Her sub-weapons are different too, a series of different bullet types all fired from her gun. There isn't the big variety of weapons and attacks like in a classic game, but it works in the context.

And, of course, this is a game focused on an Egyptian demon, and not a classic Gothic castle filled with legally-distinct versions of classic monsters (including a vampire at the top of the castle). These demons are different, and the final boss is his own thing far removed from Dracula. It's these changes, though, that keep the game feeling fresh, letting it iterate and expand on the classic game play to find its own vibe that works so well.