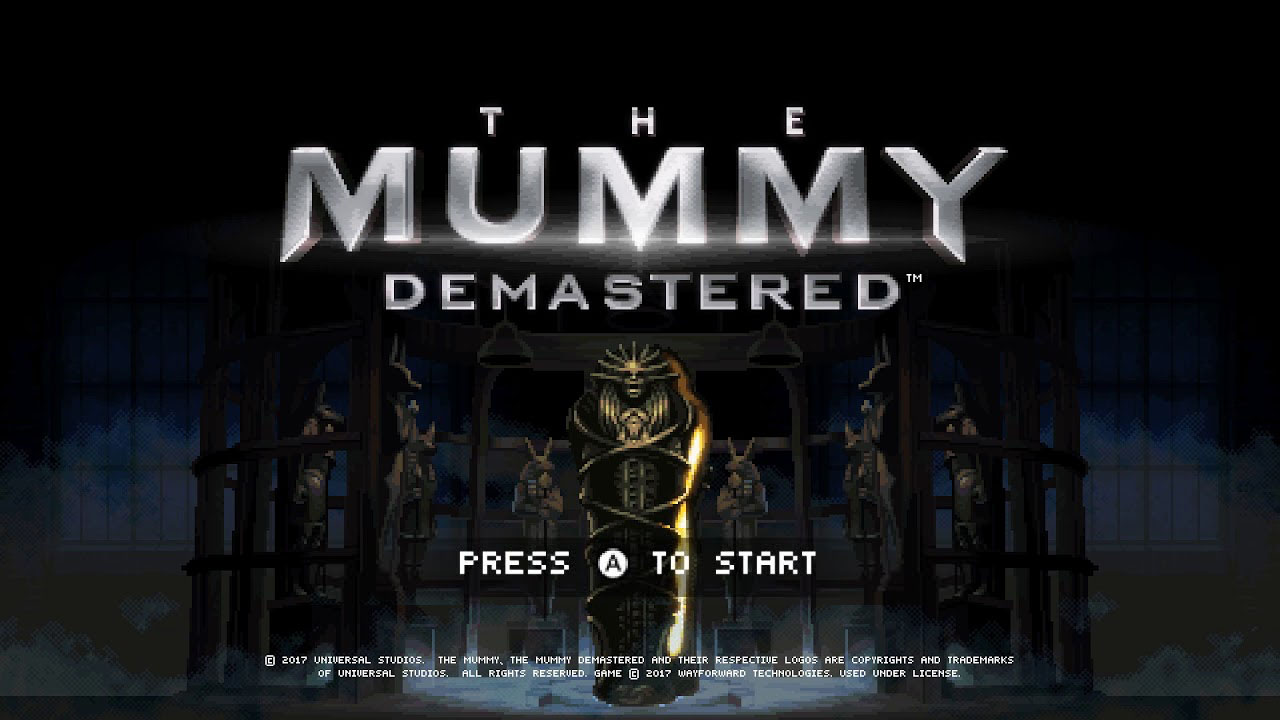 Set concurrently with the events of the 2017 Mummy reboot (and one-time Dark Universe starter), The Mummy Demastered follows agents of the secret organization, Prodigium, as they battle against the Mummy ans her various minions, all to try and save London. To this end they have to explore the underground network of tunnels and sewers that make up London, finding hidden power-ups, fighting massive bosses, and unlocking new areas, also so that the Mummy can be brought down one last time.

Let's be clear, here: The Mummy Demastered wears its Metroidvania influences right out in the open. This is of the genre, through and through. And why wouldn't it be? Castlevania was influences by the old Universal monster movies. The game series took the style (and monsters) of those classic films and translated it into a successful series of game that, for modern audiences, are probably more popular than the classic movies at this point. It only made sense, then, that when a game was being designed based on the recent Mummy film, the developed, WayForward, would draw inspiration from the game series most directly related. 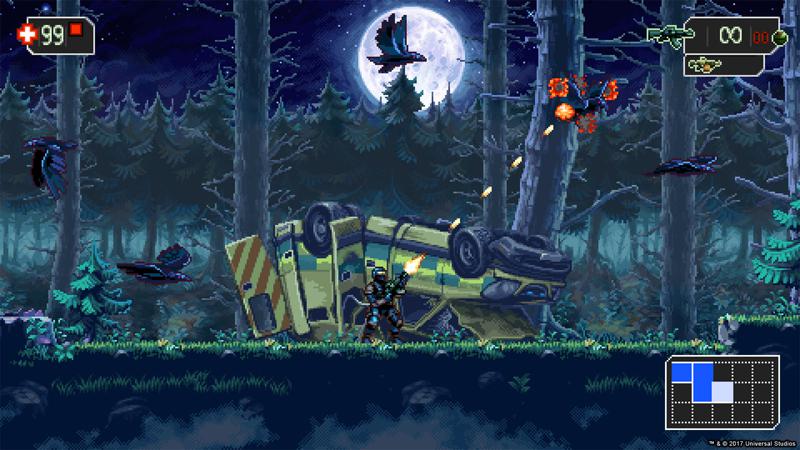 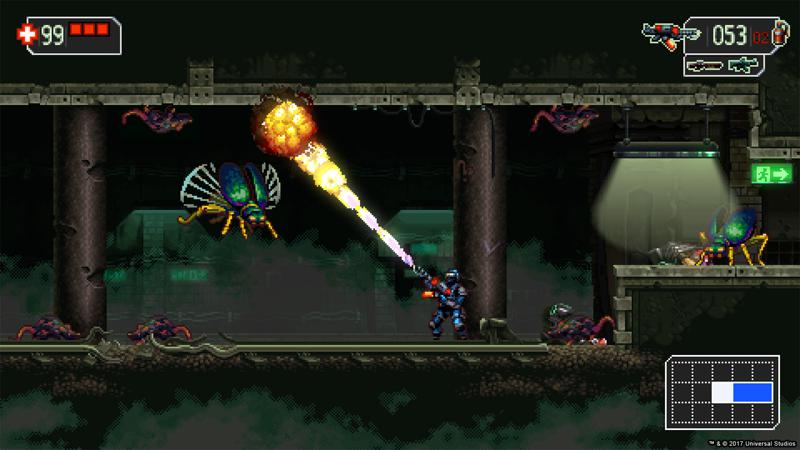 It's not a one-to-one inspiration, though. While The Mummy Demastered is clearly a Metroidvania game, with all the adventuring, item collecting, power-up enabling, and back-tracking that game style expects, it doesn't completely ape the Castlevania series.

For starters, the agents in the game (who you play as one at a time, only getting the next one when your previous agent dies) use guns, not swords or whips or whatever. These are modern soldiers, so of course they're going to come equipped with guns and ammo and explosives. In many ways they feel much more like Samus from Metroid Fusion than a Belmont. These guys can shoot in all eight direction for starters, but they can also (over time, in some cases) duck and slide, grab ledges and climb along ceilings, and run faster, jump higher, and all the things the Samus could do in that latter game. They aren't as weightless as Samus, with less floaty jumps, but they are gun-toting, ass-kicking, fully armored warriors.

And then there's death, which is very different from either of those games. In a mechanic not unlike Aliens: Colonial Marines (a game so much closer to Metroid on the Metroidvania scale that we have no plans to cover it on this site), death is permanent in The Mummy Demastered. If you die, you die, and the next agent you get is a different person. Sure, they look the same, but you'll have to venture back to your last agent's body if you want to collect all their gear to continue onwards fully powered. However, there is a further, very Mummy twist: when your character dies, that agent is then resurrected by the Mummy as her minion. You then have to fight the corpse, while it uses all your old equipment against you no less, just to regain your gear. 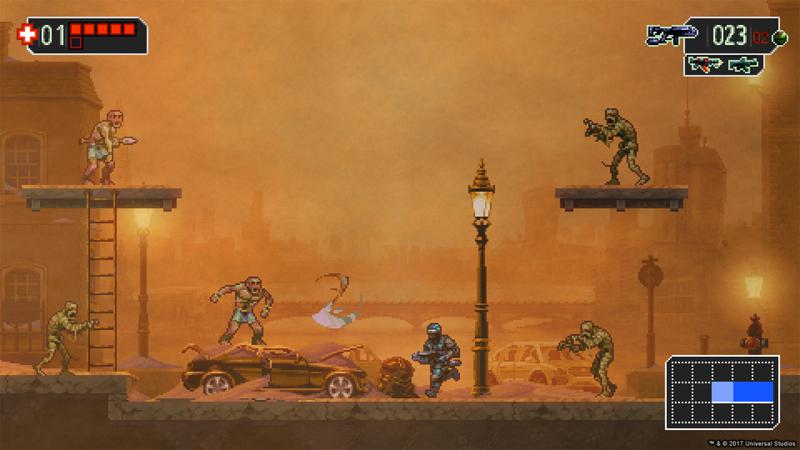 Thus the game may feel like a Metroidvania entry in many ways, but it takes a decidedly different path to get where its going.

On the whole, The Mummy Demastered can feel like a pretty brutal game. Along with the death penalty, pickups never feel as plentiful as they should. On top of that, save rooms don't also recharge your health and ammo -- you have to find different rooms to do those two separate functions, and even then those rooms can be pretty spread out around the map. You will, very often, be hurting for needed supplies while the hordes of the Mummy constantly whittle away at you.

Despite this, though, the game can be fun. It has style and is very well crafted. Plus, it has a pretty kick-ass soundtrack -- rocking in many ways without the Gothic influence of Castlevania that you'd expect. Your mileage with the game, then, may vary. If you like a challenge, something closer to Metroid Fusion in difficulty and attitude, this is the game for you. Just know going in that this isn't your normal Castlevania-type entry into the genre. 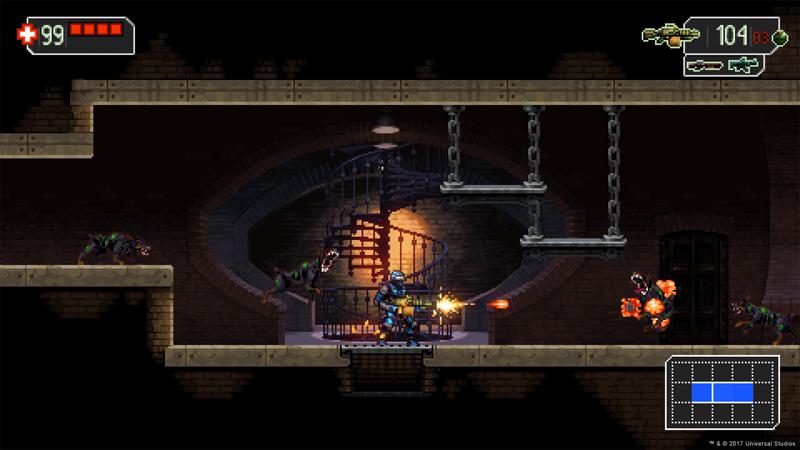 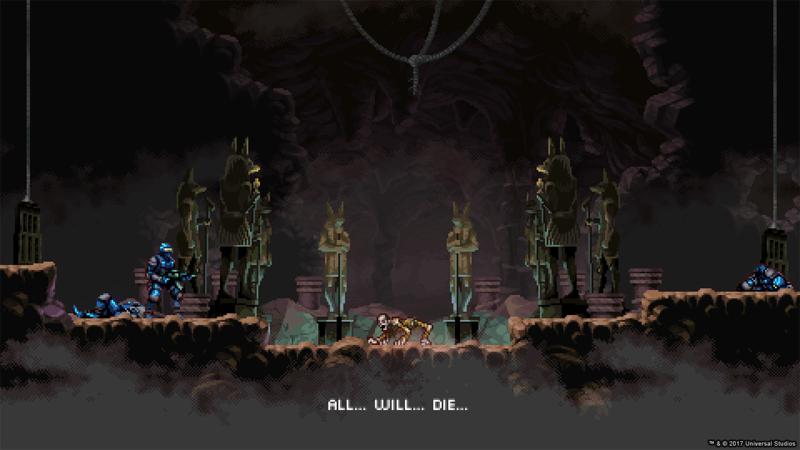 While much of the game play might seem different from traditional Castlevania games, the atmosphere hearkens to the series through and through. Hordes of the dead come after you, alone with nasty bugs, wolves, bats, and rats. This is all going on as you explore sewers and caverns, dark forests and dark plains. Fog and mist cover much of the terrain, and everything has a dank, 'othic feel. The graphics are gorgeous, and the whole graphical style of the game feels of-a-piece with Castlevania's best.

Plus, let's again emphasize the fact that you're fighting the Mummy. She may not be Dracula, of course, but going after the hordes of any of the Universal monsters is a very Castlevania thing to do.