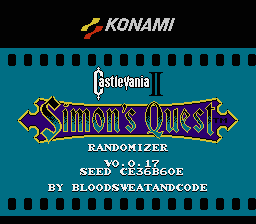 Over the last few years randomizers have become a big part of the classic gaming scene. Speed running used to be the primary way fans enjoyed the older games, with many competing for world records in titles all for the glory of sitting atop the leader boards. But with randomizers those same skills could be put to work on a different version of that same game every time. Randomizers have become so huge that basically ever game you can think of has a rando attached to it (just see the Big List of Video Game Randomizers as evidence), creating quite a fan community among all these various randos.

If you haven't heard of a randomizer before, these are programs that take the original game (usually in ROM or ISO form, as taken directly from the original cartridges or discs) and rearrange elements of it to create a new experience. The most common randomizers are item randos, which basically just take various important (and unimportant) items and shuffle them all together, causing the players to have to find new routes through old locations. More extensive randomizers could swap out characters, change RPG stats, and boost enemies in unexpected ways. Two of the most extensive randomizers around are the Zelda II Randomizer, which completely changes the overworld (an impressive feat), and FInal Fantasy IV: Free Enterprise, which takes the linear, story-driven game and recrafts it into an open-world adventure.

The Castlevania community has its own share of randomizers, too, with most of the focus on the open-world, Metroidvania titles (although there is a Super Castlevania IV rando in the early stages of development, too). Whilemost of the focus is on the IGA era of games, one notable addition to the rando pantheon is Blood, Sweat, and Code, a project to take the open-world adventure of Simon Belmont and jumble everything around to make a new adventure every time.

Since you're on this site I'll assume you're familiar with the basics of Castlevania II (one of the first Metroidvania titles in the series, predatated only by Vampire Killer). Over the years, Castlevania II has garnered a reputation for its difficulty, obtuseness, and general sense that the game really doesn't even want you to beat it. While it has its supporters (of which I am one), Castlevania II is not exactly well loved. 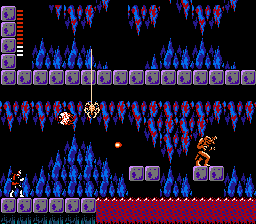 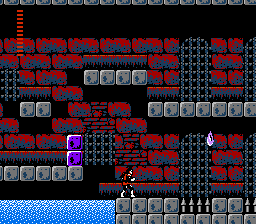 So why would someone want to take that game and randomize it? Wouldn't that make it harder? It can, sure, as just about any randomizer will have options to scale enemy health up and make things drastically more difficult for the players. But that's not the only way to play; often times randomizers also feature bug fixes and difficulty balancing, making the games easier to play. The original Final Fantasy is a good example as that was a title with a number of issues when it was first created (bad coding for an early NES title) that have since been fixed in the randomizer (titled simply Final Fantasy Randomizer), making for a smoother and more playable experience.

A similar thought process has gone into Blood, Sweat, and Code. While there weren't a ton of glitches that compromised the game experience (and those glitches that are in the game are minor and generally help to speed up the gameplay), the randomize does have features that can help ease the diffculty of the play experience. You can randomize enemy health to be easier to manage, guarantee heart drops from enemies, and just make everything smoother to get through, start to finish.

Plus, let's be frank, the chance of getting a good item (like a whip upgrade or a needed Dracula part) can make the early game much more bearable, and there's always the chance of that happening in Blood, Sweat, and Code. The randomizer is fully featured, with items randomization that can completely change the course of an expected playthrough of the game. Of course there's also enemy shuffle as well, which can sometimes make the experience a little more annoying (or, really, on par annoying with the original title). It's a fun experience no matter what even if, sometimes, the enemies do see to have it out for you (which, again, is just like the original game).

One other neat feature is a different skin or the game. Titled "Rondo of Burb", this option reskins the game with a different color palette, something a little moodier and (in my opinion) a touch more gothic. And, like many other randos, there's also the option to change out Simon's sprite for other characters (like the expected Samus Aran sprite, for example). Blood, Sweat, and Code is a solid work of a group of dedicated fans that adds new live to the classic NES title. WHether you're a fan or the original title or not, I recommend giving this randomizer a chance -- with all the fixes and balancing options, it might just make you a fan. 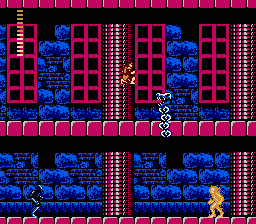 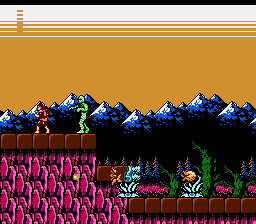 Do note that Blood, Sweat, and Code is not the only Castlevania II randomizer. There is also Castlevania II: Deadly Curse, an item randomizer released back in 2017. Sadly, that rando doesn't seem to have regular support for it, so who knows how functional it really is. THat does make Blood, Sweat, and Code the definiative randomizer for the game, so it's a good thing the rando is so solid. A real, solid work that any fan should explore.