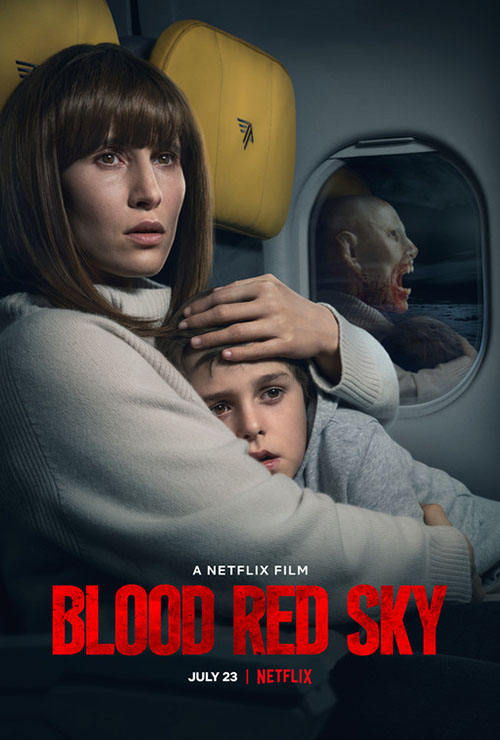 Vampires are interesting creatures. Generally they're depicted as sexual, handsome or pretty with an appetite for bodily fluids that they take at night, secretively and with a certain aura of the forbidden attached to it. There's a reason that their victims are often depicted as young girls in skimpy negligee as vampires are a stand-in for the impure indiscretions of youth. "Do this and a monster will come and deflower you and make you one of the damned," is, in effect, what the myths are saying. At least, that's one reading of vampires.

Germany, though, came up with a very different reading of the myth. Instead of the preternaturally handsome creatures lusting after the young, we were given the nosferatu, a hideous creature more monster than man. Although their powers and weaknesses were still the same -- lusting after blood, damaged by the sun -- the nosferatu had none of the sexy allure of your standard vampire. Although not as common a creature in film media as the standard vampire, nosferatu to crop up from time to time, as in the 2021 Netflix release, Blood Red Sky.

The thing about the vampires in this film, as in some other movies as well (30 Days of Night, for example), is that the vampires here aren't depicted as human at all. They're more like monsters, zombies, in a sense, that feed on blood instead of meat (although a certain amount of chewing and rending certainly does happen). These kinds of creatures have a very infectious (and virulent) bite that quickly spreads and takes over its hosts. To be bitten by this kind of vampire is to quickly become another of these mindless, blood-craving suckers. And that, of course, is where the horror of this creature comes in. Normal vampires are a cautionary tale, zombie-nosferatu are the true monsters.

This "evil" infected our heroine, Nadja (Peri Baumeister), years ago. The car she, her husband, and their baby were traveling in broken down far from anywhere. Playing the protector her husband went off to find help, at night, in the snow, and never returned. Eventually Nadja had to take the baby and go off in search of where he went, but what she found was a nest of vampires that she had to flee. She nearly got away except one of them bit her right before the sun came up and that spread the infection right into her. 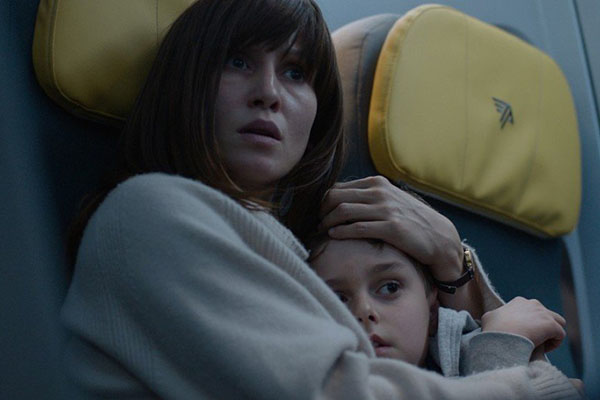 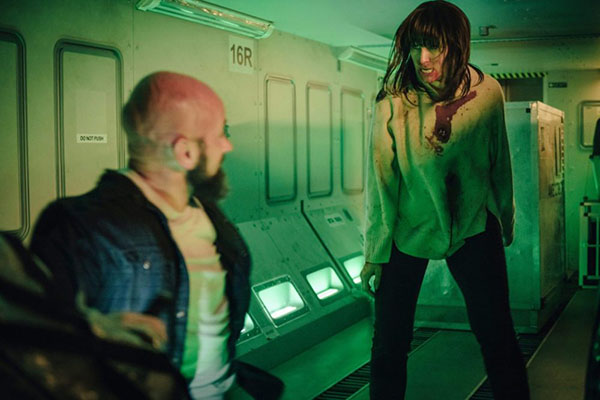 Now, close to ten years later, Nadja (who has been using strange medications to try and hold back the disease in her veins) had gotten and opportunity to travel to America to meet with a specialist and see if they can cure her blood and save her from the vampirism inside her. She and her son, Elias (Carl Anton Koch), board a red-eye that will take them to New York but, unfortunately, part way into the flight a group of terrorists take over the flight and plot using the plane as a bomb of sorts to cause massive devastation and tank the Stock Market. It's unfortunate for Nadja as she needs to get to New York before her medications run out. And that means it's going to be unfortunate for the terrorists, too, because there's a vampire on the plane and she's none too happy at all.

Although it's easy to dismiss this film as a joke, like Snakes on a Plane or Flight of the Living Dead: Outbreak on a Plane, but this movie has more in common with terrorist take-over films, like Passenger 57 or Non-Stop. Just, you know, with a vampire on board as well (which, let me tell you, putting a vampire in any terrorist plot film would instantly make it more interesting). The main thrust of the film is really Nadja trying to stop the terrorists before they down the plane and kill her boy so she has to work her way through the terrorists, one by one, until the day is saved.

The film certainly commits to its shtick, slapping a vampire right into the middle of the plot and wasting little time until the action picks up and the terrorists arrive. The inclusion of a vampire in the proceedings certainly does change the formula up some -- if nothing else, it's a much gorier film than Passenger 57 or Die Hard -- but it works because the film takes its concept (dead) serious. There's no joking about the concept, no trying to play the vampirism off for a laugh. This is a dark movie with a horrible monster in the middle of it (two, really, counting the vampire), and the film keeps the focus squarely on the horror.

What I appreciated, more than anything, was watching Nadja slowly get pushed, and pushed, and pushed, each time being forced to lose a little more of her humanity as she became more and more the monster she feared. This film might be a bloody, gory, horror-action film but it never loses sight of the character study at the core. This is Nadja's tale and, whether we view it from her perspective or her son's (as the film bounces back and forth) she's the one all eyes are affixed on. Thankfully, Baumeister is a great actress and she conveys the whole range of emotions -- trauma, horror, the steady decline into being a monster -- perfectly. 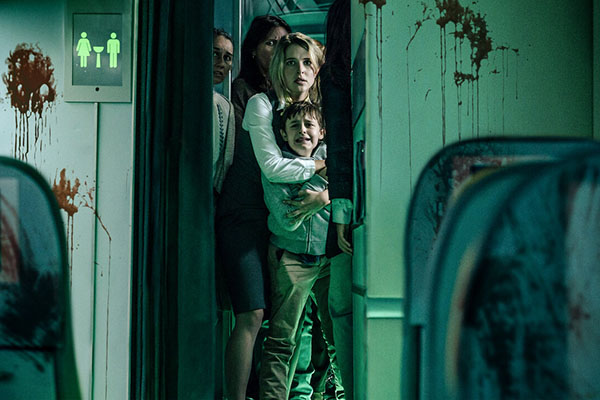 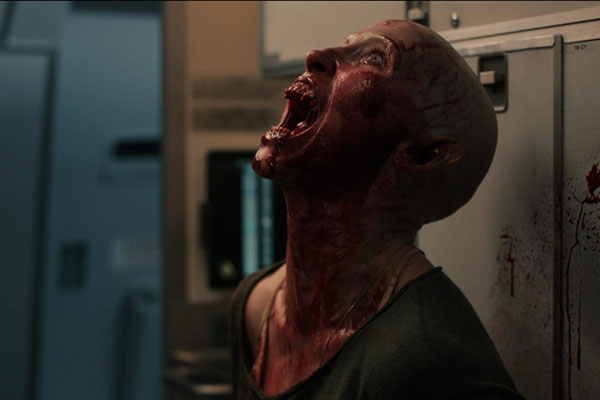 The ending, even, commits to the bit. I won't spoil it here but lets just say that there's no easy, Hollywood ending (like you'd expect from a film made in the U.S. as opposed to this German co-production). There's plenty of pain and misery, as you'd expect from a gruesome kind of monster like this, and the film doesn't sugar-coat it. I kept waiting for the film to try and tie everything up neatly so that Nadja could easily just go back to being human but that simple story-with-a-bow never arrived. That's a better way to carry out the last act of the film and it makes the film stronger.

This is a solid, if not terribly complex, action-horror film with a good monster at the core. I don't know if I'd want to watch this kind of vampire movie every time -- I do like my sexy vampires -- but I think both kinds of the undead have their place in the greater vampiric pantheon. For sure, though, this is a movie befitting the status of cult classic and hopefully more people give this bloody little piece of nastiness a shot. The title doesn't line: the sky will indeed bleed red by the end of this film.