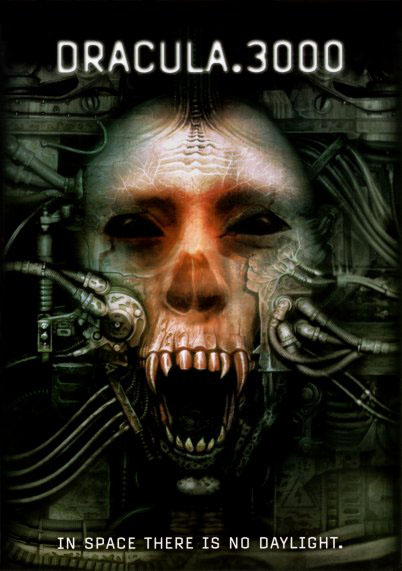 There is a trend in horror to take the icons of the genre and put them into space. You can see this in such works as Jason X, Leprechaun 4: In Space, and Hellraiser: Bloodline (and also Muppets in Space, although that's not really the same things). And, in 2004, we could add yet another horror icon to that list of space-faring baddies: Dracula, the Prince of Darkness himself.

Setup is a kind of sci-fi/slasher mashup, Dracula 3000 (aka Dracula 3000: Infinite Darkness and also DRACULA.3000) absolutely looks like it was setup to feed on the concept of Dracula 2000 (but not the success of that film as Dracula 2000 was a Box Office Bomb). It's a mockbuster, a cheaply made cash-in film to try and get people to pay to see this because they paid for the other. Maybe it could have worked with the right care, budget, and energy put into the movie. Sadly, Dracula 3000 has none of that.

In the year 3000 (of course), the space-faring vessel Mother III (presumably an Alien reference) happens upon the dead-in-space Demeter, a transport vessel that had been missing for decades. Seeing a chance at some high-value legitimate salvage, the crew of Mother III -- Casper Van Dien as Captain Abraham Van Helsing, Erika Eleniak as Vice Captain Aurora Ash, Tommy "Tiny" Lister as engineer Humvee, Coolio as stoner muscle 187, Alexandra Kamp as navigation tech Mina Murry, and Grant Swanby and science-whiz Arthur "The Professor" Holmwood -- head onto the Demeter to see what happened to her.

What they discover (naturally enough for anyone that knows the story of Dracula) is a derelict ship filled with the bodies of the dead. Something killed every one of the crew before leaving the ship adrift. Fearing what was on the ship the Demeter's captain, Varna (Udo Kier), set the ship on a course to crash into a star (eventually). Now the crew of the Mother III have to find a way to escape back to their ship, or some other vessel, before the Demeter explodes. Oh, and they have to deal with the creature on the ship: Count Orlock (Langley Kirkwood). 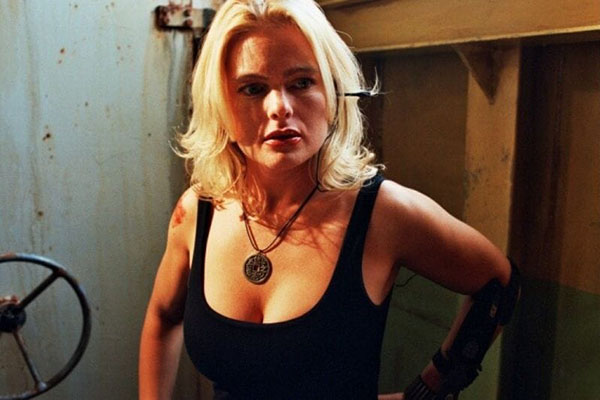 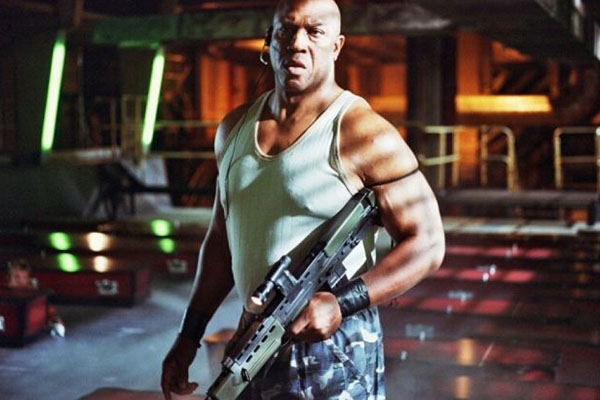 The first thing most viewers will notice about Dracula 3000 is just how cheap it all looks. Credited by Wikipedia as a "television film", this movie does look like it was made to run, late at night, on some third-rate cable channel. Sure, the cast is all cheap-to-hire D-listers (Casper Van Dien had his biggest hit with Starship Troopers and then nothing, while Erika Eleniak was a porn star), but it's the sets that really make look terrible. The film looks like it was shot in the basement of some office complex, repurposing office rooms, and warehouse areas, to stand in for a space ship. It doesn't look legitimate at all.

Not helping matters are the actors, for sure. Van Dien actually wasn't bad here, and showed the most acting talent of anyone on the crew. It's the rest of the actors, from Eleniak on down, that fail the show. It's uniformly bad, laughable in a way. Like, if the film had any wit about it the acting would be part of a larger joke, a riff on bad horror films that could somehow transcend the cruddy acting into a "so bad it's good" quality. But sadly, it's just bad acting. You don't believe that anyone (other than Van Dien) could actually fill their supposed roles on a ship or that, in any way, shape, or form that actually know what they're doing. It's just bodies saying flat, stilted lines.

Not that I begrudge anyone for showing up on set and taking a paycheck when the script is this bad. To start: the film is Dracula 3000 but the character is "Count Orlock". Now we all know that Orlock is the German version of the character, sure, but this could have been "Nosferatu in Space" or any one of a number of other titles and the character name would have worked. Calling the film a "Dracula" movie and not having Dracula in it is dumb. The character doesn't even look like a nosferatu, just a standard white guy in a bad Halloween "Dracula" costume, so I really don't understand the change in name here.

Beyond that, the film doesn't really do much with its setup or storytelling. Dracula is a vampire from Planet Transylvania in the Carpathian System, traveling on the Demeter so he could get to Earth. This is the kind of parodic setup that you think would lead to humor, but there's no humor to be found here; all we get are very low-budget "scares" done in a dead serious tone (well, except for Coolio who feels like he's at least in on the joke even if you couldn't act like it). Maybe the setup could have worked if more was done with the characters, from Captain Van Helsing to navigator Mina and tech-guy Holmwood, but that doesn't happen either. It's a whole lot of names ripped from the novel slapped against a generic vampire film that just so happens to take place in space. 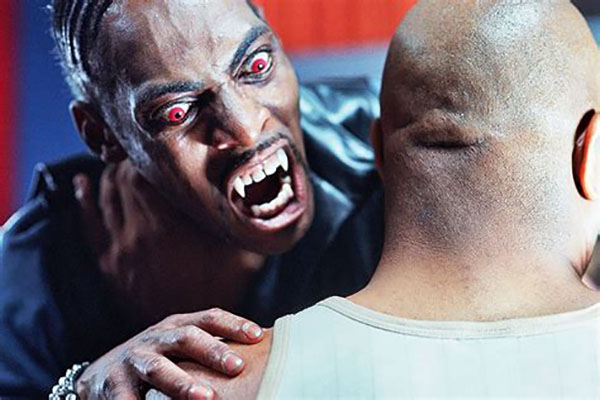 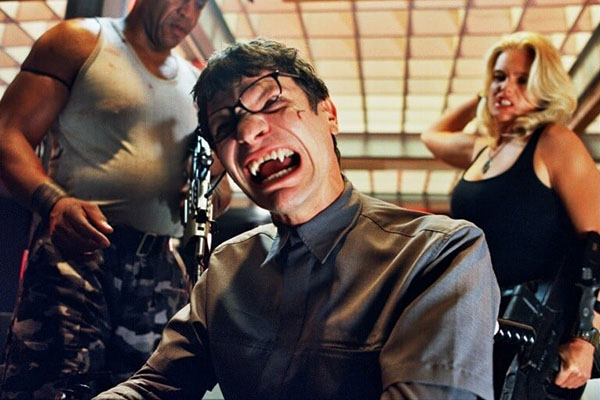 I think that last part really got to me the most while I sat there letting Dracula 3000 play out in front of me. Every once in a while a character would say something that was a reference to something from the lore and it would make me think the film was finally going to pick up, to do something with all this setup... but then nothing happens. The captain is a Van Helsing but he's as clueless about vampires as everyone else. Mina is here but she isn't the love interest for the vampire, or anyone else. Holmwood gets name checked bit his role is really more of a Seward-type than the rich party boy of Holmwood. And the other characters from the novel? No analogue here at all. It feels like a vampire mad libs and not a real Dracula movie.

Even the ending annoyed me, in large part because I sat through an hour-and-a-half of tedium only to watch two character go off to have sex after cutting off he vampire's arm (not kill him, just take an arm), and then the ship blows up. Roll credits, the end. After all of that, the bad acting, the bad stunts, the laughable script, we don't even get a real ending to the film. The vampire is trapped, then ignored, and then it all blows up for a happy ending, I guess? Maybe the budget ran out and they went with what footage they had, but that doesn't make it any more palatable.

Bear in mind that this isn't the worst horror film I've ever watched -- there are far more incompetently made films I've tried to sit through, and I didn't find myself turning this movie off in disgust (like some truly terrible Asylum films). But as far as movies that I could stomach my way past the bored an annoyance, this is certainly a bottom-tier effort. You have to b really bad to do much worse than Dracula 3000 and, at that point, I think you'd have to be active trying to be awful.