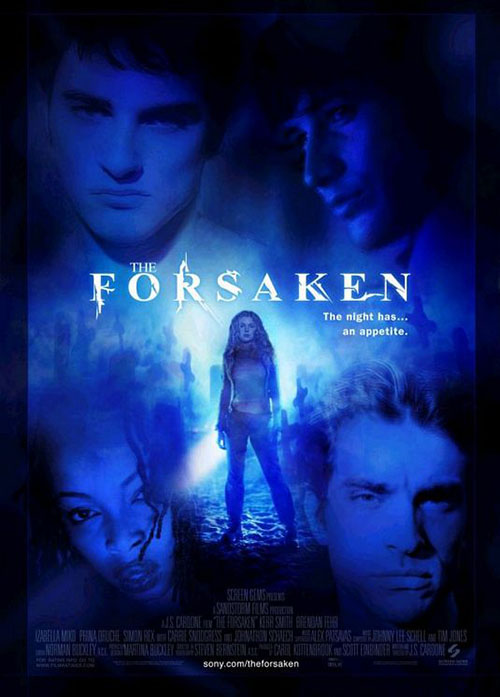 It's interesting to go back and view varius films from different eras and see how they compare to the modern eye and sensibilities. I'm a big fan of the 2001 vampire film The Forsaken, a movie that felt edgy and fresh when it came out. Going back to it nearly two decades later, though, I was amused at how it felt like a film very much of its era and no longer had the fresh feel to it. It's still a good film, mind you, but it has certainly aged in a way I didn't expect. You think a classic film from Universal or Hammer would feel old, but not something from a more "current" era (which, I guess, isn't that current anymore).

Part of what makes The Forsaken feel older is the filming style. WHen Tarantino's Pulp Fiction came out it created this entire genre of dirty, grungy films about criminals. Some of them tried to layer on the weird time-shifting aesthetics Tarantino loves so much but most of them just invested heavily in his filming style, that explotation, grindhouse style that he updated and made interesting again with his movies. Suddenly every film of the late 1990s and early 2000s had to try and buy into the Tarantino house style, some succeeding better than others.

Tarantino, of course, worked on a different vampire film, From Dusk Till Dawn, which as directed by Robert Rodriguez, leaving it feeling slicker, glossier, and sillier than Tarantino's own output. The Forsaken, though, bought in on the style and flair of Trantino's own works, going for that grungy pastiche that made it feel like a back alley trip though the seedy world of low-rent vampires, and it worked really well.

Main character Sean (Kerr Smith) works in Hollywood cutting trailers for other movies (one of those knowing nods towards Hollywood subculture Trantino loves so much). He doesn't really have a lot of cash coming in from that gig, though, so he works as a car delivery guy on the side, and he has a gig to take a cherry classic BMW across the country, from L.A. to Miami, which will net him a cool few grand. His sister, conveniently enough, is getting married around the same time (over on the East Coast) and this allows Sean to hit the wedding, give her most of the cash as a wedding present, and then get back hom to continue being a trailer editor. 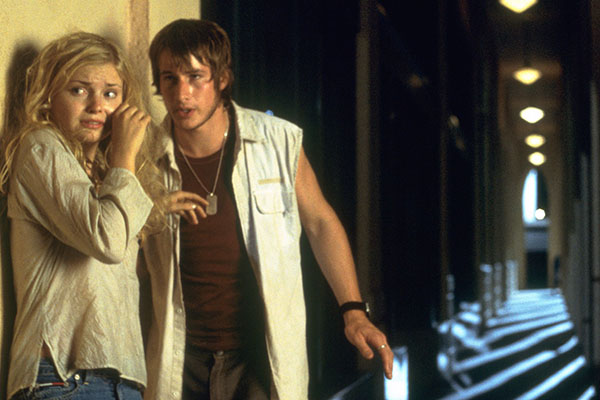 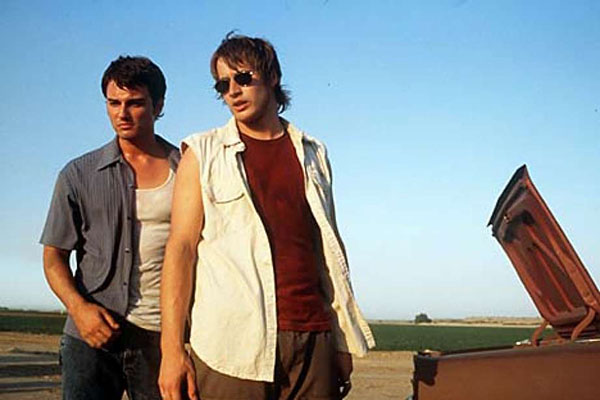 Things take a turn, though, when he picks up hitchhiker Nick, a sketchy guy who leads to nothing but trouble. Soon Nick is helping some random girl (Izabella Miko) out and, quickly, he explains that the girl was bitten by vampires and (once she bites Sean) our hero learns he's going to become a vampire as well. The only cure is to kill the head vampire that (effectively) created them all (as the vampire virus is telegentic, i.e. it connects the victims psychically to the master). Sean and Nick have to track down the head vampire, Kit (Johnathon Schaech), kill him on hallowed ground, and free them all from the curse of the forsaken.

In some ways I can understand why this film didn't do that well. It came out at a time when theaters were flooded with Trantino knock-offs. Hell, just a couple of years earlier we'd had John Carpenter's Vampires as well as From Dusk Til Dawn, both of which played in teh Tarantino-plus-Vampires sandbox. Some low-rent film that didn't feature any big names either in front of or behind the screen wasn't going to be able to compete in an oversaturated market.

It's a pity, really, because The Forsaken is a slick little flick, a nasty little grindhouse film that traded the traditional crime subject matter of Taratino's own films for vampires, and it worked wonders. There's a real sense of wrold building, of logical progression for the story and characters, that everything was thought out to craft a finely tuned vampire film. It was made on the cheap, sure, but it had a lot of heart put into it and it comes across in the final product, a fun little thrill ride that picks the viewers up pretty quickly and doesn't stop until the credits.

What I like about the film most is that it has a really sold backstory built. Most of it is only revealed in bits and pieces (presumably more would have been explained and established if this film hadn't tanked at the Box Office). Bits of the backstory about vampires are doled out over time but it's never heavy-handed in the exposition. There's a rich history for vampires, as well as the people that hunt them, but we're only given as much as we need to know to get into the story. The film doesn't over explain or hand-hold, it trusts the audience to understand where it's going and what it's doing. 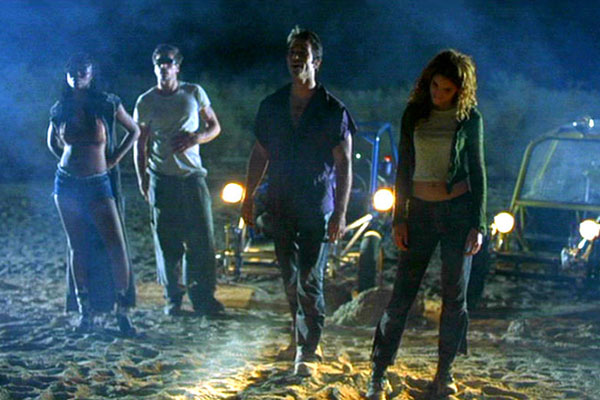 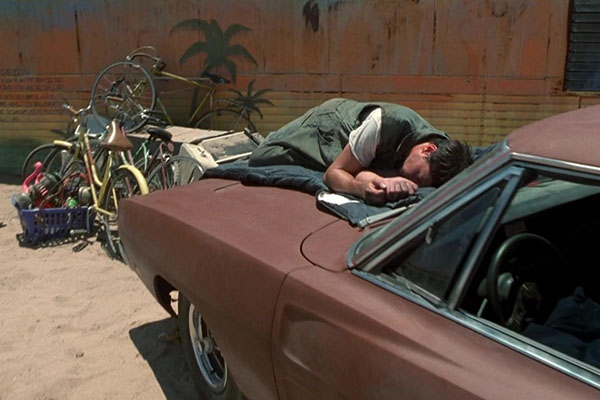 Also to its credit, it knows how to layer on what people really want from vampire films: scares and gore. As a grindhouse-inspired cheapy, the film provides all the chills and thrills you expect from the genre, with plenty of vampire attacks, splashes of blood, and a fair bit of nudity, to show that it's reveling in its own genre. But it does is smartly, hooking the viewer in and keeping their attention by using the violence and scares as a spice to the story. The focus is on our heroes, but the movie keeps it lively enough that we never get bored.

The lead actors, Kerr Smith and Brendan Fehr, are solid in their roles. Neither of them are written as more than just early aught male stereotypes -- dudes on the road, being dudes -- but the actors are able to elevate the roles and give them heart. I do wish the same could be said for Izabella Miko; her character, Megan, is super underwritten, with no dialogue even until near the end of the film, this despite being in most of the movie, but instead of trying to make her mute charcter interesting, Miko plays her in a constant daze. She has charisma, which is obvious in her last scene when she finally gets to be a real character, but up til then she's just a kind of void.

The Forsaken isn't a perfect film, sure, but it's fun and interesting with just enough depth to keep viewers invested. It's a pity that the film didn't do better when it was released as I think there was a solid foundation here to build a series of buddy adventures for Sean and Nick as they ventures across the country killing vampires. Instead this film tanked and is only remembered by a few fans ever since. It's a good film that just didn't get the due it deserved.