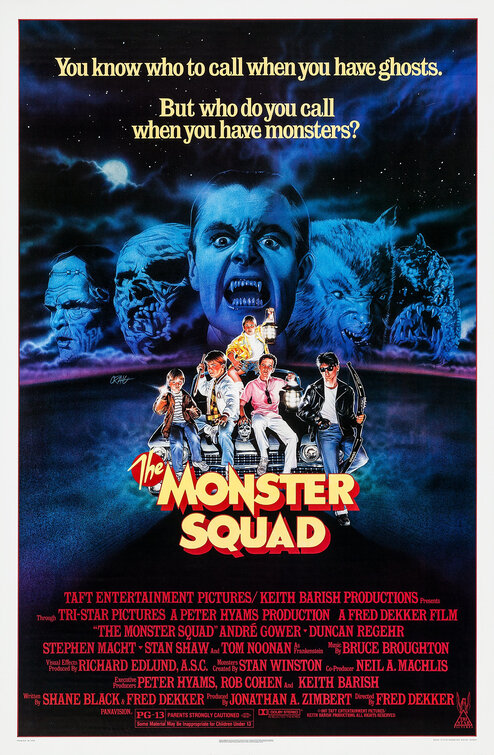 When I was growing up there were a selection of "kids getting into adventures" stories (any time a movie proves to be even a modest hit, Hollywood tries to crank out a bunch of similar titles). The Goonies is the most famous, a good natured story about kids off on their own, getting tangled up with Mafia folks before finding lost pirate treasure. You know, when I write it out... that movie is really weird. Still, that movie helped to kick off a bunch of other similar stories, and that leads us into The Monster Squad which can be seen as, "like The Goonies but with the Universal Monsters".

Well, okay, not the real Universal Monsters as this was Columbia Pictures release, but they're all close enough. We have Dracula and Frankenstein's Monster, the Mummy and a werewolf and fish-man from a swamp. Even if Universal wasn't attached, you know exactly what these monsters are supposed to be (and most of them, of course, were already in the public domain). The monsters don't look exactly like their Universal counterparts (Frankie isn't bright green, for example), but it's obvious what they were going for.

The movie itself has a pretty rote story. The "Squad" is really just a group of kids who really love monster movies. They have a tree house that their club -- composed of leader Sean Crenshaw (Andre Gower) and younger sister Phoebe (Ashley Bank), along with friends Patrick Rhodes (Robby Kiger), Horace (Brent Chalem) and Rudy (Ryan Lambert) -- all sit around and talk monsters all day (although Rudy, the middle-school kid in a gang of younger kids, is there mostly to ogle the older sister of one of the boys, a teen that likes to change in front of her window). These aren't the kids you'd expect to go on a Goonies-style adventure.

That changes, though, when Dracula and all his minions come to town. Drac is there because a creepy old house in the town has, buried in its walls, a powerful amulet. If Dracula gains the amulet, a device that controls the forces of good and evil, he can use it imbalance the world and take over. The kids, though, learn about the amulet for a diary they happen to find, the diary of Van Helsing. If they use the amulet they can open a wormhole to Limbo and cast all the monsters within. They amulet first, which might just put them in a battle with all the monsters, a battle for the fate of the world. 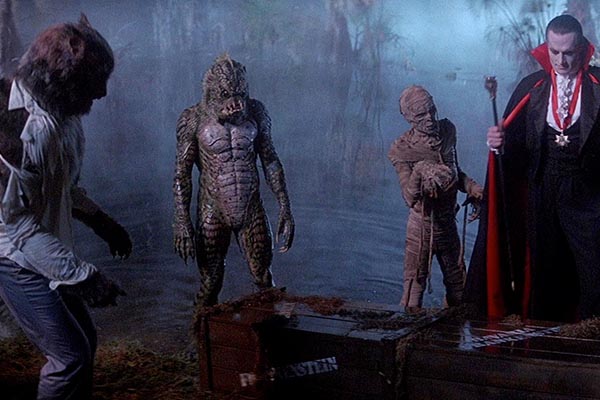 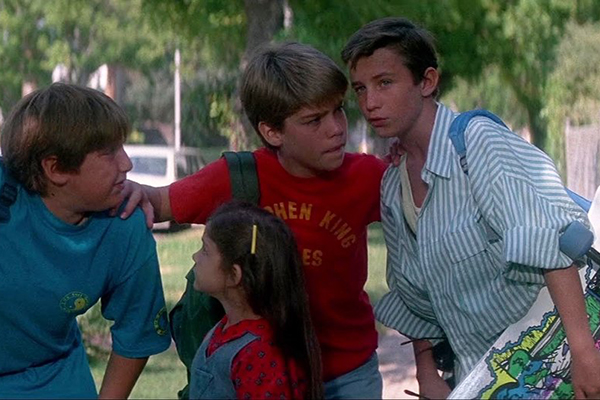 As far as motivation is concerned, trying to save the world (in this film) seems like a better plot point than just trying to save a few house from foreclosure (in The Goonies). In practice, though, maybe that goal was too big for such a silly little film. We're told that Dracula can use the amulet to do great evil but we never actually see it. Meanwhile, Dracula and his gang of creepers never feel like much of a threat. It's the classic monster thing of announcing their presence and then standing around while heroes get a chance to kill them. The monsters aren't scary enough for the story.

This is a family movie, of course, so scares probably had to be tempered so the kiddies could some see it. That leads to another issue, though: this film is beyond raunchy. It's a kids movie written for pre-teen boys, so all the humor is dude related -- does the werewolf has genitals, and if so can you kick him in the balls, and stuff o that nature. On top of that the kids throw around a lot of gay-bashing slurs that made this film hard to sit through now, and I have to wonder how hard it was to listen to this kids with potty mouths back in the day. I don't remember minding it when I was six, but then I was six so I wasn't the best judge when this film came out.

I am trying to think what would have been a better story for these kids instead of world-ending amulet. Maybe if the monsters were all buried in the town and the kids accidentally wake them up, and so they have to band together to fight the monsters before the monsters kill them. It's hard to say what would be a small and detailed enough goal to make it something the kids could invest in while, at the same time, still keeping the monsters an actual viable threat but I'm drawing a blank. Anything has to be better than the monsters slow trudging towards the kids while they get blasted down by a shotgun, over and over.

The best part of the film, honestly, doesn't even involve the main Squad. Instead it's little Phoebe, who happens to discover Frankenstein's Monster, then befriending the Creature. These two have such genuine, child-friendly fun that I wish the movie focused more on them. Watching Frankie sweetly play dress up and have a tea party is an activity I could have watched for hours. The film had some real magic that was vastly more interesting than the rest of the kids running around while the monsters did... very little, actually. 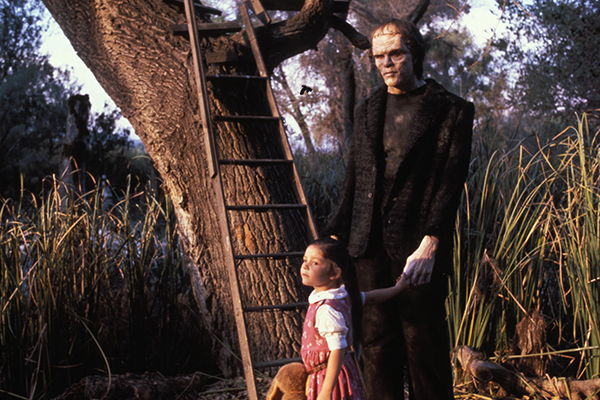 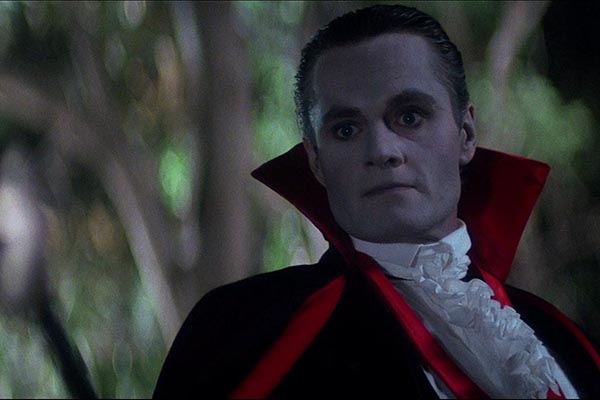 When I was young I really enjoyed this film, but then I've always been a fan of the Universal Monsters ever since I first got a copy of Castlevania in my hands (which, interestingly, came out the same year as this film). Were a bunch of other kids of my generation excited by the prospect of kids fighting monsters? Considering the film only made back a quarter of it's tiny budget, I think the answer to that was, "no".

There are some brief moments of fun to be had in the film -- a montage (set to a very 1980s pop track) as the kids prepare for the monsters, the scenes of Phoebe and Frankie, Dracula getting fought off with a garlicky slice of pizza -- but those entertainments aren't enough to carry the film. This is dumb and goofy kids movie that, really, kids probably shouldn't watch, without enough action, comedy, or interest to engage with anyone. It tries hard but fails horribly. That's probably why this film is hardly mentioned at all while people still fondly remember The Goonies.