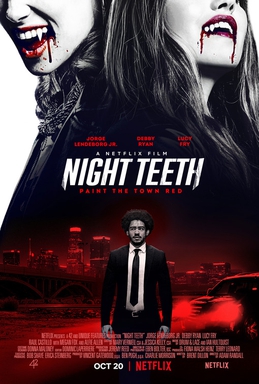 Vampies are, honestly, and easy monster to put into films. Where the Mummy has to be wrapped, Frankie needs a tall guy, green paint, and a flat top, and the Wolf Man and Creature both reqire full body suits, a vampire just hs to get some teeth and they can run around being a monster all day long. Does't even have to be great looking teeth because teeth are small and we'll barely see them on screen. What counts is attitude. If you act like a vampire, a cool creature of the night, that goes a long way towards actually selling yourself as a monster.

That said, our subject today is a Netflix movie so there's no guarantee of actual acting in this film. Night Teeth, one of may horror movies Netflix put on offer for Halloween in 2021, purports itself to be a cool, edgy, modern take on vampires. You know, like every other cool, edgy, modern take on the undead creatures that we've seen over the last 60 years or so (give or take a decade). Beyond that, and a much ballyhooed return for Megan Fox to acting (and when Megan Fox is the big draw you have for your film, you know something has gone very wrong), there really isn't much substance to the film. It's a predictable post-modern, post-Tarantino gangser film done up with young actors and bright neon. What it lacks, though, isany acual reason to care about anything going on in the film.

The movie stars Jorge Lendeborg Jr. as Benny, a college kid who doesn't really get along with the other students in his classes. He's a nerd, one much more focused on music and mixing beats (I presume they'e "phat" but I'm a couple decades out of date at this point) than sports or clubbing. He lives with his Abuela and wants nothing more than to get his music career going so he can elevate himself, and his family, out of the low-rent district of L.A. that they all live in. And he'll get his chance, at least to make an extra bit of scratch and get one step closer, when his brother, Jay (Raul Castillo), lets Benny take a slot in the bro's limo company, driving around a couple of party girls for one long night.

Thing is that these aren't just any party girls; these two ladies, Blaire (Debby Ryan) and Zoe (Lucy Fry), are actually vampires (because of course they are). They're also on a mission: the vampires have ruled over L.A. for decades, but there's been a quiet truce among the ruling gangs, but the ladies have orders from their boss, Victor (Alfie Allen, to disrupt the factions, killing the leader of each and every group, until they wipe them all out and suddenly Victor rules L.A. Oh, and they also are supposed to kill Jay since, somehow, he's mixed up in all his as well... only they got Benny instead. It's going to be one weird, long, gory night for Benny when this is all done. 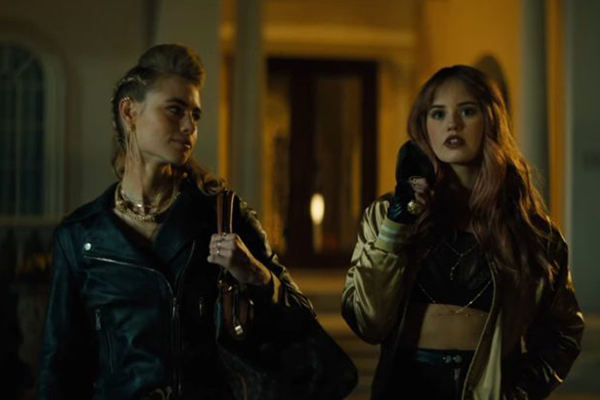 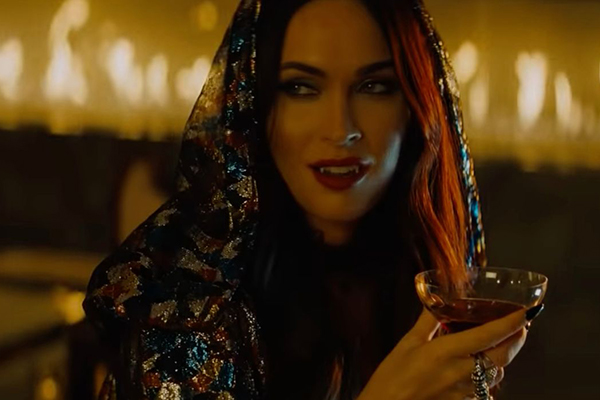 The first issue I had with Night Teeth is that the story we see on screen is very shallow but there's a hint of something much more interesting happening of screen. Jay, for instance, is a member of a human council charged with maintaining the truce between the vampire factors and the human gangs. This fact is hinted at, even shaded in just a little, but I honestly didn't know that was his real role in the film until I wet back and read a synopsis again. I think he was just a gang leader (using his limo company as a front) and the vampires and him simply had beef. Jay's role in the film should be huge, he should be a maor factor on the side of what's going on with Benny, like a fleshed out B-plot to Benny's A-plot, but the film barely faetured Jay at all.

The same actually goes for Victor, too. Here we act least know his role: he's a low-level enforcer that wants a much bigger role in ruling over L.A. There are shades of Scarface or The Godfather in tht idea, but the movie doesn't relly do anything with it. Victor stands around in a few scenes, preening and saying some medicore tough guy shit, but there's never any actual substance to his role or his plan.

That lack of substance really hurts this film because Benny's A-plot is based entirely around what the girls are doing, going from location to location and killing everyone there. We never really understand the criminal underworld of the film so all we really see are the girls killing some random, albeit at times colorful, dudes, but the actual reasoning for their targetsor how the vampire world is organized is never explained at all. This renders all their scenes as just random violence for the sake of it and nothing more.

Instead the film is focused on the chemistry that slowly builds between Benny and Blair and, in fairness, the two actors do sell this slow-churn love story decently well. The scenes where it's just the two of them, sharing glances and small talk that's clearly loaded, are great. I liked these moments. What undermines it is that Blair and Zoe are barely characters so it's hard to know whether any of this amounts to anything. This, again, is all because the movie doesn't give us enough background that actually matters to get us invested in the film. 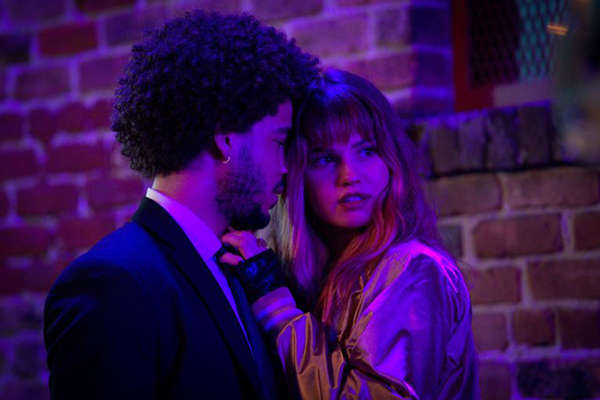 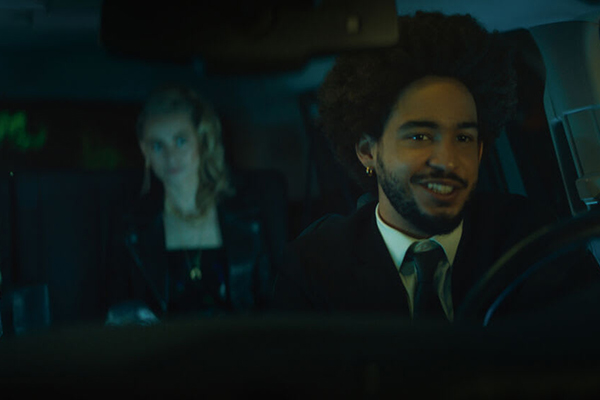 The background we do get? A long explositional piece before the movie even starts, telling us that there's some truce between vampires and humans that means the vampires stay out of on borough of L.A. Why that one section, and why do the vampiers stick to this? No explanation. I don't know if you actually have to know th layout of L.A. to understand the significance of it all but the movie does a poor job of actually laying out the story in a way tha matters. Just a big exposition dump at the end, with story beats that really never come up again, and then nothing. Great.

This also undermines all the vampires because we never really understand if they're good or evil. Use, they live like kings and queens off the Hills, but beyond that... who knows. Sure, they feed on humans but it seems like there are willing donators for that, and we hardly see the girls kill anyone that isn't also in the criminal underworld so we never get a sensethatthese are bad people. Victor, yes, but none of the other vampires seem all that bad. And yet we're supposed to root for the humans as they work to stop Victor and his plans? One vampire in charge of the city seems just as bad as any other, right? The film needed to lay out the vampire world better if it wanted to really set this kind of story in motion.

As for the much advertised return of Megan Fox to Hollywood, well she's in one scene and killed off screen so... yeah, that was worth tuning in. Honestly, most of the "names" in this film -- not just Fox but also Allen and Bryan Batt (who plays another crime boss) -- are horribly under-utilized. The film wants us to focus on Benny and the Girls but there's no story there. Benny and Blair with their burgeoning attraction are not enough to sustain a film that clearly has larger ambitions, ambitions it just can't actually nail.

I think there's a decent movie buries somewhere in all this mess. Legitimately the production team should have taken all the background details that weren't in the script and reworked it all to make a two- or three-part mini-series with the material. A few episodes to flesh this all out and make a deeper and more convincing story about gangs, cops, hunters, vampires, and the city caught in between all their fighting could have been really cool. Then, with a throughline of Benny and Blair we could have explored it all and found a couple of crazy kids to root for when all was said and done. Instead, we ended up with a flat movie that fails to live up to any potential of the concept or the actors involved.