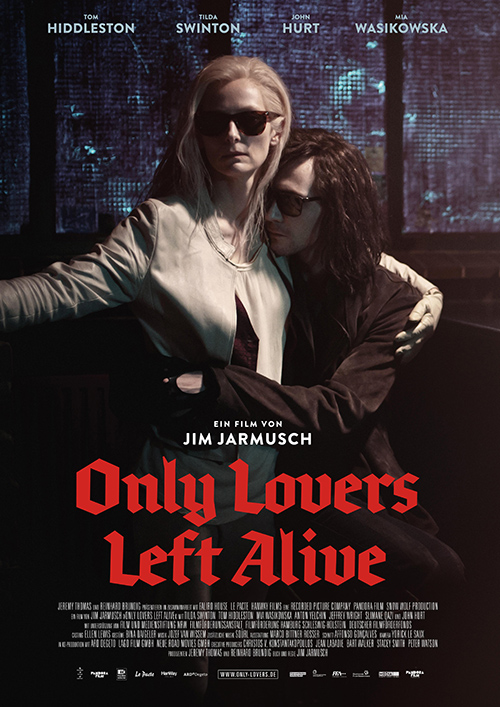 Vampires are eternal creatures. That is one of the many allures of them. Yes, they are often depicted as evil bloodsuckers (where evil is certainly in the eye of the beholder), but among all the sex, and seduction, and blood-letting, the immortality of the vampires is part of their luster. You aren't supposed to want to become one of the undeadl but the chance to live forever is quite tempting all the same. Practically every vampire movie touches upon that in some way or another.

The immortality of vampires isn't always deeply explored, though. More often it's humans as the focus, dealing with vampires in their world. The vampires have stories, and they know things from way back when, but the humans are the central characters in most films. Their reactions, their growth, their development is facilitated by the vampires. Focuses on vampires as the leads is less common, but doing so allows the writers to really focus in on what immortality would really mean for these creatures. As per Only Lovers Left Alive it leads to hoarding of objects, of ideas, and of lives themselves.

Written and directed by Jim Jarmusch, Only Lovers Left Alive is a character study of, presumably, the first two and eldest vampires on Earth: Adam (Tom Hiddleston) and Eve (Tilda Swinton). Eve lives in Tangiers with her vast collection of books, spending her days with the still-alive Christopher Marlowe (John Hurt). Adam, meanwhile, whiles away his time in Detroit, buying rare musical instruments (and other things) off of a fixer, Ian (Anton Yelchin). He writes music (that he releases quietly through Ian without taking any credit for it), and tries to figure out if this whole unlife is work living.

Sensing his malaise, Eve flies to Detroit to be with her husband, to try and shake him out of his funk. Their happiness is cut short, though, once Eve's sister Ava (Mia Wasikowska) rolls into town. Ava is a mess, an ancient vampire that still acts like a child. She breaks things, drinks too much blood, and effectively blows up Adam's world. This forces Adam and Eve to confront who they want in their lives, where they want to live, and just how they will go on being vampires in a modern world that seemingly is falling apart in the hands of "zombies" (i.e., humanity). 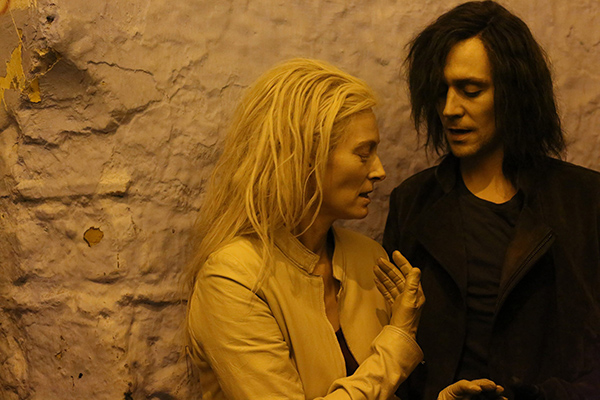 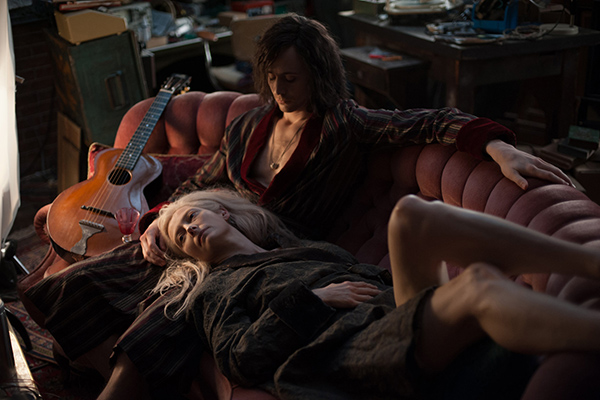 Only Lovers Left Alive isn't really a story-driven film. It's a character study, a mood piece, that explores these two vampires and their long, eternal lives they've led. It shows us pictures of people they've known, books they've collected, instruments they've gathered over the centuries. They tell little anecdotes about famous people they once knew, not to show off they knew them but because they were friends and they're reminiscing about days past. You never know how old they really are, but they clearly have been around for several centuries (and likely longer) and still remember everything.

It's interesting watching this film right after I watched Underworld as both movies craft characters that are meant to be cool. Underworld leaks desperate coolness, trying to show you just how hot and awesome it is to be a vampire. It's like a giant puppy doggy slobbering on you, saying, "hey, hello, aren't all these people in leather shooting at each other just so cool?!" Meanwhile, Only Lovers Left Alive gives us actual cool vampires. They sit around, getting their blood-based heroin-chique going, listening to music and reading books and having this aloof coolness that is way more interesting than anything going on in Underworld.

The point of Only Lovers Left Alive is simply to appreciate immortality. Yes, there is a certain mundanity to it, but that's what comes with living for thousands of years. You learn to speed read. You pick up every language ever. You spend your days writing music no one will hear in a house no one can find. It's long, and dark, and, for the hermit in all of us, it looks pretty awesome. Plus, you get to wander around at night wearing leather, if you so choose, and that's pretty neat too.

The thing that works about this movie is also something that won't jives with everyone: it's formless nature. There is no villain, no grand quest, no war to fight. The vampires just go about their existence while we watch, enjoying seeing what they do. I wouldn't even say there's really a plot, much beyond the vampires deciding if (un)life is worth living, but even then they really don't see that interested in truly being dead. Not when there's new music to hear and new books to read. 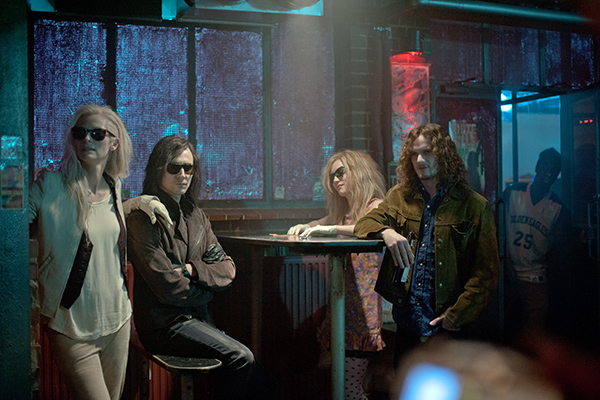 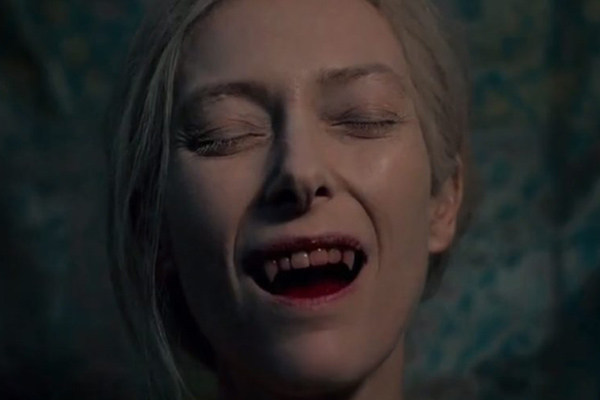 Of course, this formless story is made watchable by the winning cast. Tilda Swinton and Tom Hiddleston are perfect as the leads. They both have a lived in quality to their characters, easily embodying the immortality at the core of Eve and Adam. Better, when the two of them are together the film crackles, their chemistry lighting up the screen. A better duo to play the leads doesn't exist, not for these characters in this film.

Supporting them are a solid collection of character actors. Naturally one has to laud Anton Yelchin, who died just a couple of years later. Even in small roles like this one, as Ian, Yelchin brought out solid character work, creating a living person from the little bits of Ian that are on the page. Yelchin, along with brief appearances from Wright, Hurt, and Wasikowska, help to make the world of these vampires feel lived in and real.

But, really, what we're all here for is some time spent with fabulous vampires. Adam and Eve are vampires for the ages, great creature of the night that have a grand life. If anything, these are the kinds of vampires I want to be when I retire, just living on my own collecting things and enjoying all that civilization has to offer. We should all be that lucky.