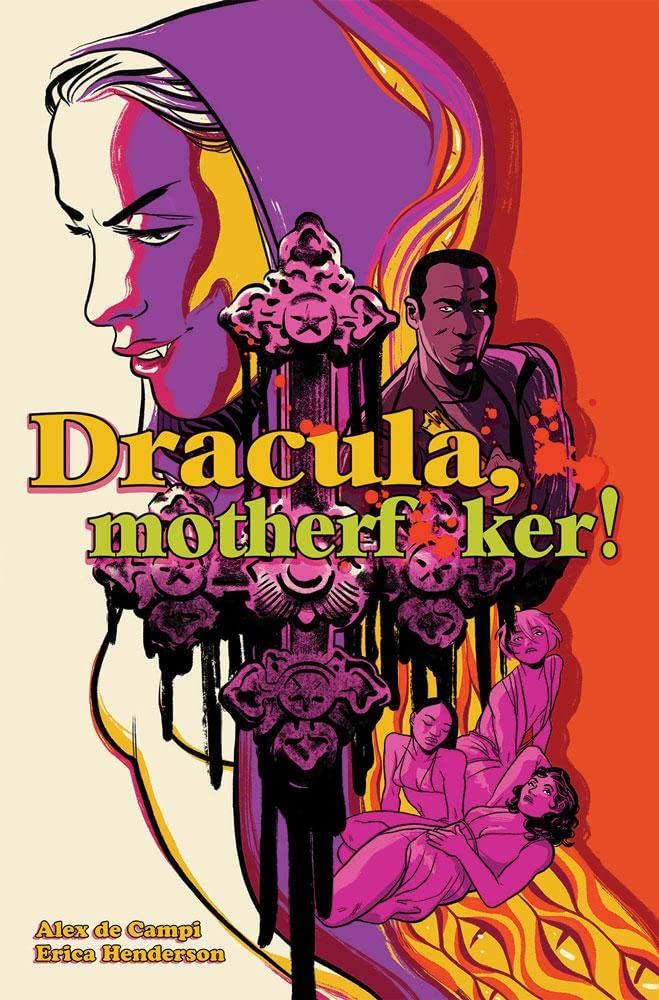 I'm a fan of reinterpreting and reinventing old works. There have been plenty of adaptations of Dracula over the years (many of which you can reviews of in our Horror Cinema section) that it doesn't really feel like we need yet another standard take on the vampire's lore. How many different ways can you present the classic tale of Dracula, really? (and I say that having written my own take of the classic tale, which you can read over at Asteroid G).

Thankfully, Dracula, Motherf**ker, which was collected and released last year, is anything but the standard Dracula retelling. It opens with the titular vampire getting staked in his coffin by three of his Brides (who remain otherwise nameless throughout the story) back in the late 1880s before jumping ahead to L.A. of the 1970s (as if they title of the book didn't already tell you that). We then follow Quincy Harker, a black newspaper and magazine photographer who works the "dead beat", taking pictures of grisly murders to make a living. He gets a tip from a cop, ends up at a crime scene, and suddenly gets sucked into a tale of the resurrection of Dracula and a new, Hollywood bride who want to eliminate one witness to their new existence.

Initially I expected this story to take a similar path to the 1970s Blacula, with the monster getting trapped in his tomb only to awaken close to a hundred years later so he could go on a fish-out-of-water adventure. Instead, though, the book treats the monster like an elemental force, a shadowy figure full of eyes and fangs that's barely glimpsed but oh so powerful. This change of perspective made the book far more intriguing to me than it would have been otherwise.

By keeping the focus on Quincey (who, I must note has a name combining Quincey Morris and Johnathan Harker, a very nice touch) we're left constantly wondering where the danger is coming from, what could be lurking in the shadows of the night. Quincey isn't one of the Hollywood set, always on the outside, feeding on their glamor, their fame, as he makes a subsistence that pays the bills. He has to navigate the cops, and the stars, and now the monsters, and it's a tight rope the book sets him on for this adventure. 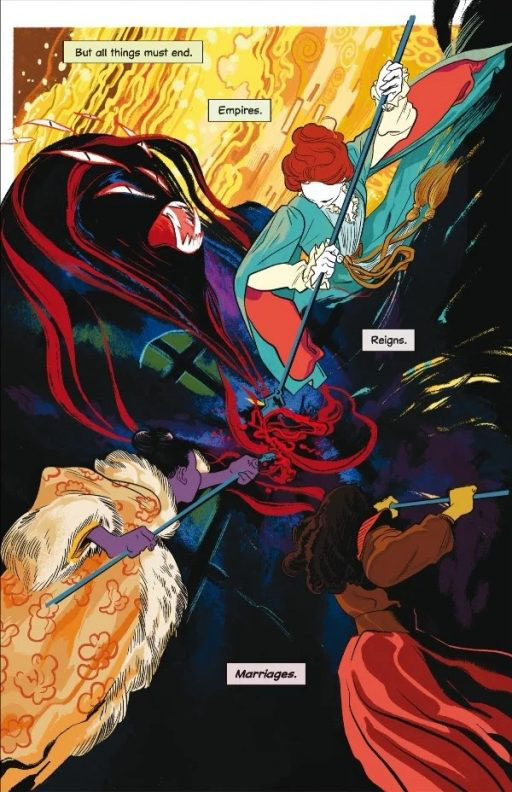 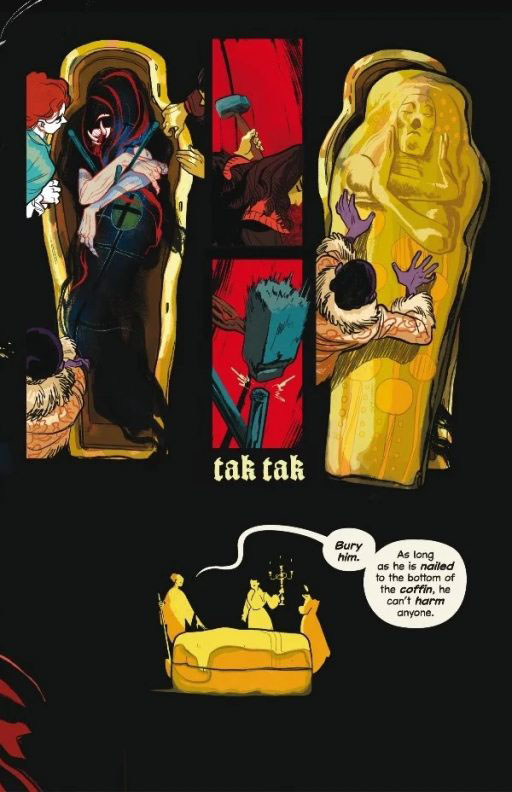 I actually think there's a number of smart choices that the books makes you'd only notice upon further analysis. Take Quincey, for starters. As a photographer of the stars, a paparazzo, he's something of a bottom feeder on society. He's always hanging out on the edges, looking for the next bloody event so he can take his pictures. It might be entirely subtle (at least one character remarks on Quincey less-than-reputable job) but it is made clear that Quincey is practically as much of a vampire as Dracula himself.

Meanwhile we have the Bride who, as noted, don't have names in this book. It's not clear if they're supposed to be the Brides from the novel, or just three women Dracula had at the time they double-crossed him. Certainly they do point out that Dracula has had many brides over the years, that he would feed on them and steal their power as they grew in strength. By keeping the Brides nameless the author makes them subservient to Dracula's story, so this comic, in essence, tracks their evolution out from under his sphere as they take over the agency, and the story.

These parallels and allusions work really well in the graphic novel. That said, I do wish the story was longer. The comic is about half the length of a standard collected edition (this being a single published work and not a collection of a series) and feels rather slight. It feels like its rushing at times to get through the story in a appropriate amount of time, but a longer version of this story would have given the characters a little more time to breathe, for us to settle in with Quincey a bit longer and learn to appreciate him more as a character. Despite him being the main character of the novel we don't get a good sense of who he is as a person, just what he does as his chosen career.

I would have liked more time to learn why Quincey became a photographic, a paparazzo. Was this something he fell into and couldn't escape or does he actually like his work? And what do the Brides see in Quincey? Instead of attacking him they let him live, even using him (as bait, sure) but he's never a blood-bag to them? What do they see in this guy that makes him special? These are parts of the story we don't get but would have given more depth to the story and helped the story feel more complete. 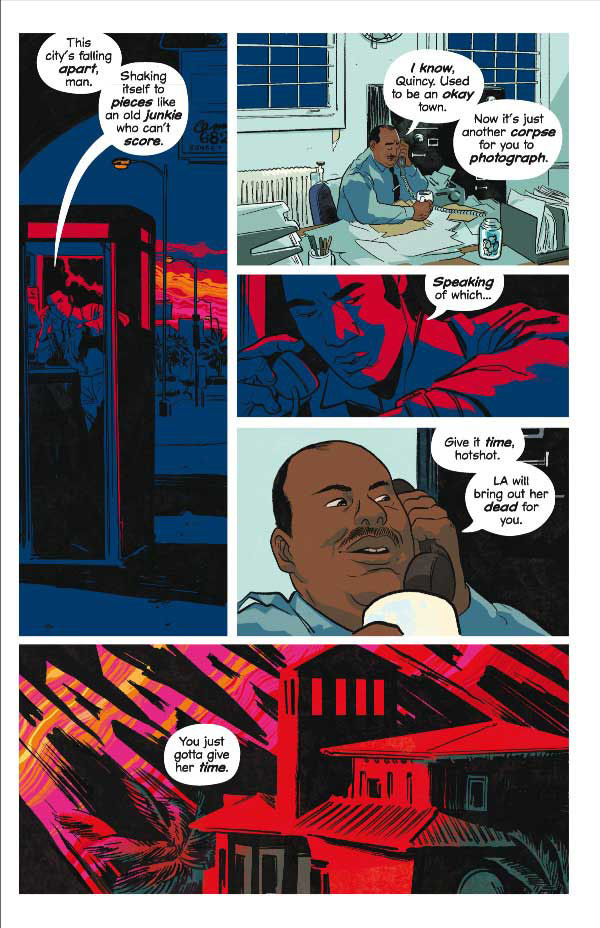 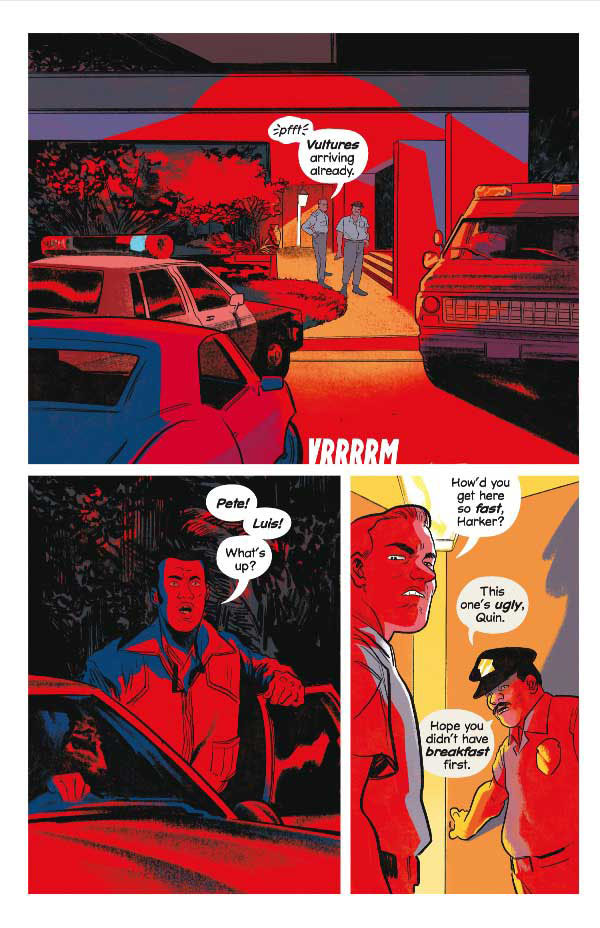 While the story feels a tad slight the artwork is fantastic. The book strikes just the right tone between Blaxploitation Noir and ethereal monster story. Henderson draws from the colors of the era, craft swirling psychedelic shapes and designs that contrast beautifully against the hard shadows and stark backgrounds of L.A.'s streets and alleys. And then there's Dracula, who looks nothing like a man at all. He's the most monstrous I've ever seen the vampire before, and it works in this book as he, too, plays to the shadows of the story being told.

I liked Dracula, Motherf**ker for what it is. It's an interesting take on the characters that doesn't slip into parody that way other Blaxploitation monster works have done. It's not perfect, and could really use a sequel to flesh out the characters more, but the fact that I would be interested in reading a sequel shows there's something truly interesting about this concept.