Igor (and other Flea Men) 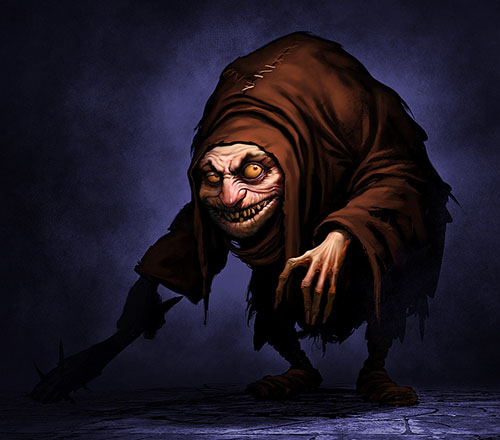 In the series, Igor is actually one of a number of enemies known as "hoppers" or, more commonly, "flea men". These guys do exactly as their group name would suggest: they hop around, annoyingly, getting the way of the hero while being hard to hit and hit. As the series has trudged on the flea men have gotten additional abilities, showing up in armored types, riding types, and even throwing weapons, but at their core they're all still hoppers.

They're known as Igors in this first game because, in that title, one of the flea men is paired with Frankenstein's Creature for a boss battle. That particular flea man, the Igor in question, was actually invincible; he could be stunned but not killed, requiring you to focus you actual damage on Frankie to win the fight. The sprite for all the flea men in the game, though, looked exactly the same thus on Igor became the name for all.

Igors (or flea men, or hoppers, or hunchbacks, whatever you want to call them) are one of the most prevalent enemy types in the whole series, right up there with bats and mermen. At this point it's not a Castlevania game without Igor and his ilk.

Fighting Against Igor and his Kin:

In most games, from the first game onwards, the flea men will jump around in arcs, bouncing back and forth around the heroes of the series to do contact damage. As the series progressed, from Castlevania Dracula X: Rondo of Blood onwards, the flea men took on a more distinctive appearance, looking more lithe (and a touch more dapper in the process), while also becoming a tad more annoying. Now instead of just bouncing around they'll take a lot of little hops as well, throwing the pace of their next move off and making them harder to predict.

It's worth noting here, too, that flea men often come paired with harpies. The former, the hoppers, with get flown in by the harpies, the droppers, and, yes, dropped on the heroes. In later stages of the games you often have to manage the skies as well as the ground if you hope to get through with a minimum of damage taken from this wombo-combo.

Along with these basic flea men, Castlevania: Symphony of the Night also introduced some new versions of the flea man. Some of them could ride around on bone dragons, letting those beasts do the bouncing for them in long, lazy arcs. The flea men could also come equipped with armor, forcing you to first bash that off of them before you could hurt the meat of body inside, all while swinging a nasty axe at your face.

Castlevania: Aria of Sorrow add the next twist, introducing the flea man variant of rippers. These guys would bounce around like flea man but they'd also throw daggers at the player as well, making them both hard to hit while lobbing volleys of damage. And then Castlevania: Portrait of Ruin introduced the Wakwak Tree which produced flea man, making us wonder about the gestation cycle for this whole species.

Finally, in Castlevania: Lords of Shadow - Mirror of Fate we were introduced to one last kind, the proper hunchback. These guys look more like a traditional Igor (from the movies) and, in fact, don't even bounce around much at all. Instead they'll throw lanterns at the player early on in the adventure before teaming together with a load of siege gear to make for a nasty, armored fight. Considering the more methodical type of battle in this latter game, though, this change to their behavior makes a certain amount of in-game sense.

Other Types of Hoppers: 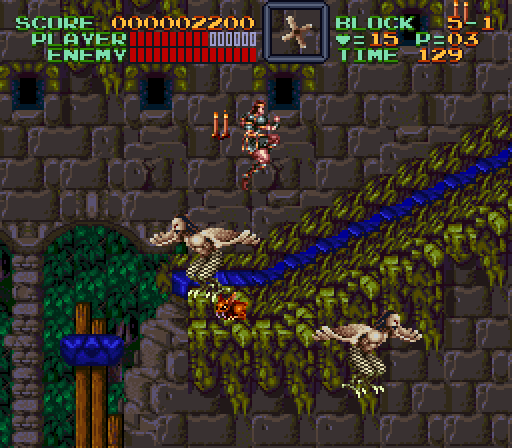 While Castlevania II: Simon's Quest didn't have proper flea men, it did have slimes which bounced around and, by and large, served the same purpose. And, in fact, one of the biggest sequence breaks in the game involves using the bouncing nature of the slimes to damage-boost yourself above a wall you shouldn't be able to jump over, screen-wrapping to a different section of the game earlier than intended.

Meanwhile both Castlevania III: Dracula's Curse and Super Castlevania IV swapped out flea man for gremlins, nasty fanged rabbit/frog creatures that would often get dropped in by harpies. Their behavior was still largely the same as flea men -- bounce around and be annoying -- just with a different aesthetic.

After that, the hunchback became a mainstay of the Universal horror films, appearing in both House of Frankenstein and House of Dracula, although they weren't named Igor (or Ygor, or even Fritz). And, of course, the character if Igor was really cemented in the public consciousness with Mel Brook's Young Frankenstein, with the hilarious hunchback there named Igor (pronounced Eye-Gor). Since then, whenever and mad scientist needs an assistant in their lab (hunchbacked or otherwise) you can bet on them being named Igor.