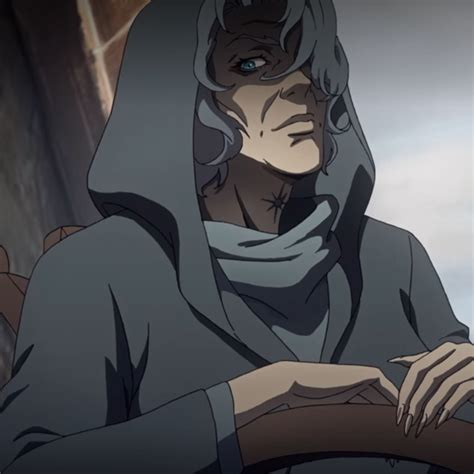 Innocent Devils, and the people that create them, are an idea raised by the Castlevania game series once and then never again. In the continuity of thee series they're the men (and women) that create all the monsters and critters that roam the halls of Castle Dracula. The two main Devil Forgemasters, as the creators are called -- Hector and Isaac -- both appear in the same game, Castlevania: Curse of Darkness, and then the class of these forgemasters is never heard from again. They were a late addition into the series, to be sure, but it's weird to not have any trace of them outside this one appearance.

That changed, slightly, with the Netflix Castlevania Anime as we had the introduction, minor as it might have been of a third (former) Forgemaster: Miranda. An old woman when she's introduced, she hints that she, too, used to have the power of the Forgemasters and while that power might have waned, she was at least one of this elite group. We still don't know how many of these people there may be -- obviously they're quite rare regardless -- but to see even one more of their ilk in the series does make them seem like an actual group that exists and not just some weird idea created for one game (and the TV series related to it).

It makes more sense for there to several of these characters roaming around, especially as Dracula's castle constantly comes back every few years and he'd need creatures to populate the halls. Hopefully we get more development of the class (if not the characters) as the television series carries on. 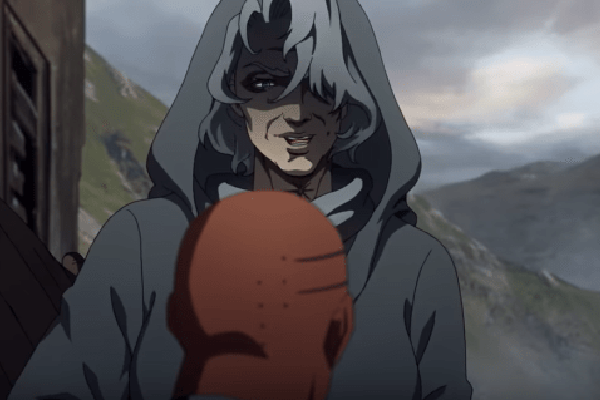 Late in season three, as Issac had been making his way across the countryside towards his quarry, Hector, to whom he had sworn revenge, he came across a land that had been stripped of its people. The houses were there, as was the farmland, but both were in a state of disrepair, utterly ignored by the people that used to work there. This was a curious find, to be sure, and one worth investigating.

As he entered these lands he met the only survivor he could find, Miranda, a wizened old woman who had a great power within her. She talked kindly to Isaac, recognizing a fellow practitioner. She explained that the lands, lands she presumably had once watched over, had been taken over by foul Magician. The sorcerer had moved into the lands with his horde and, using his own dark magic, had taken over the minds of each and every person in the lands, dominating then and bending them to his will. He the used these people like drones to build a great sorcerer tower for himself and fortifications around it.

The only reason why Miranda wasn't one of his horde was because of the power she still had within her. Although that magic that once had flared so bright had faded over time, there was still enough of it to resist thee Magician's sorcery and keep her mind clear. So, instead, the Magician had ignored her and taken everyone else, leaving her alone, in her hut, to await the day her power faded enough to become one of his drones, or the date that she died, whichever came first.

She directed Isaac to the sorcerer's tower, letting him know of a great artifact he had within, but advised the young Devil Forgemaster that the way through would be difficult and that he'd be wise to go prepared, and be wary. He thanked her for her words and then set off, leaving Miranda, once again, alone in her cottage.