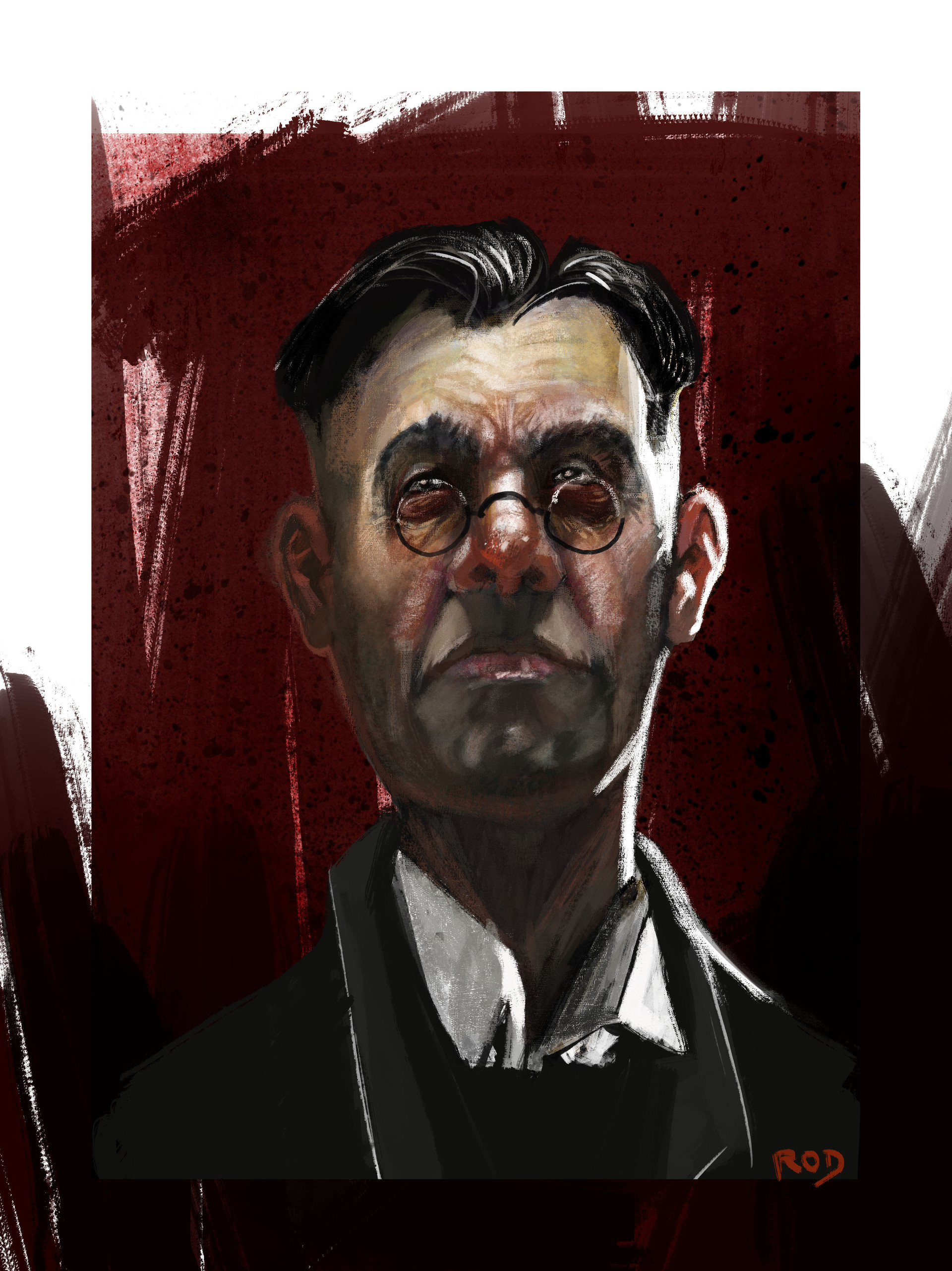 Renfield is probably the most colorful character in Bram Stoker's Dracula. A character introduced late into the novel, at first blush the character seems superfluous, a weird patient brought in to add some zest to the story. That's a job he serves well, of course, being a strange and chaotic guy that's still written with a fair bit of charisma. But then you realize he's deeply connected to the story and his purpose becomes evident.

While the primary antagonist, Dracula, had a fondness for making "vampire brides", the vampire is also revealed to be curious about humanity, to need some kind of connection, someone to worship them. Dracula finds that person in Renfield, a man who was either already insane before Dracula found him or was driven mad by the influence of the vampire. Due to Dracula's influence, the promises of immortality for Renfield if the man worships Dracula like a god, Renfield develops his own idiosyncrasies, lusting after the life of others.

But Renfield isn't a character beyond redemption. Unlike the monster at the center of the story, Renfield is not a soulless beast and, over time, he does find redemption by shaking off the influence of Dracula. He's a minor character, in the long run, of the story, but he does get a full arc of redemption, a story of growth and healing. That makes Renfield the most interesting character in the novel, the one with the greatest agency, in his own way, and the most development of any character in the story.

Renfield appears as an inmate at the mental institution managed by Dr. John Seward. He's discussed sometime after his admission to the facility, introducing him as an aged man (looking around 59 years of age), but one who clearly was intelligent and well mannered, at least before being committed. The specific details of how end ended up at the facility aren't well known, but it is made clear that his delusions and psychoses are set enough that his time in the institution is necessary.

Although Renfield seems perfectly reasonable, even well educated, in his discussions with Dr. Seward (which the doctor begins recording as he finds Renfield's case so interesting), he is also revealed to be quite mad. Renfield was, as Dr. Seward details, a "zoophagous maniac". He had a desire to eat creatures, flies and spiders and other bugs before trying to move up to larger animals. He craved the blood of life, hinted at home devouring these creatures would make him more powerful, let him live longer. The doctor first theorized that this was a spontaneous occurrence in the man's brain before eventually realizing there was a powerful external force influencing Renfield.

As it turned out, Renfield had come under the sway of Dracula. At some point the man met the monsters and Dracula made an offer: "worship me and, eventually, I will make you a vampire so you can live forever." Renfield instantly agreed, but he wanted that power sooner, to be made into a vampire faster than Dracula was willing (or intending). That led him to devour live, to act like a vampire even if he hadn't yet been given the "dark gift".

For a time it seemed like Renfield was a faithful servant of Dracula. Once Seward figured out what was going on (after an especially violent incident with Renfield and a knife), he realized that Renfield's case was related to the death of the woman he'd once loved, Lucy Westenra. Lucy had slowly succumbed to a disease, a wasting that caused anemia and, eventually, claimed her life. But then she came back as a vampire and Seward (along with his friends who were also her suitors) had to put her down for good.

After Lucy dies, Dracula sets his sights on another victim: Lucy's best friend Mina Murray. As Mina slowly falls under Dracula's sway, Seward eventually is convinced to let Mina meet Renfield. Once the two talk, Renfield has a change of heart a begs the woman to find safety, to find help. He throws aside his devotion to Dracula and attempts to help the heroes. This betrayal, though, causes Dracula to angrily attack Renfield, showing up late one night and nearly killing the man. Renfield, though, doesn't give up. He continued to beg for the life of Mina, which only angered Dracula further, eventually leading the vampire to truly kill the man, most effectively and definitively by crushing the man's neck and face.

Renfield's assistance, though, helped lead the heroes on the path to tracking down the vampire. He gave his life to save Mina, throwing aside the path of evil and finding his own redemption in the process.

As noted, Renfield is a colorful character. He's wild and charismatic, good fodder for an actor wanting to really sink their teeth into a role (some pun intended). As such, Renfield usually shows up in every adaptation of the novel. He provides a new perspective, as well as a bit of crazy zest, to the various adaptations on the Silver Screen.

Renfield's legacy stretches beyond just the character though; he's also served as a template for the "human servant" character type in vampire stories. Often a vampire will have someone that can move around during the day, working for the vampire for the promise of eternal life. They don't always end up eating bugs (although sometimes they do, and sometimes these servants are called "Renfields"), but that lust for eternal life, and the power that comes with it, are key factors of human servants that are a default part of the genre ever since Stoker's novel.