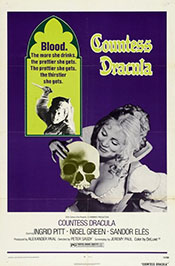 The Countess Elisabeth Nodosheen (Ingrid Pitt) is not a nice woman. She's rude, cold, distant, and just generally an awful person to be around. When her husband, the Count Nodosheen, dies, the Countess is upset that she has to share half the wealth of the estate with her (currently out-of-the-country and not seen since she was eight-years-old) daughter, Illona (Lesley-Anne Down). But the Countess's mood improves when, after brutally attacking a servant girl, she gets some of the girl's blood on her skin and realizes the blood makes her viably younger (said to be around the age of 18, although Ingrid Pitt looked more in the upper 20s). Delighted that all it would take to make her young again is the blood of young girls, the Countess orders up a bathtub full of blood.

The problem is, now that she's younger looking, she has to explain who she is (she can't be the Countess, since the Countess is old). So she pretends to be Ilona... which is only a problem since Ilona is on her way home after all these years. No biggie, she'll just have Ilona kidnapped and pretend to be the girl. But then, another problem crops up: the Countess's beauty lasts only so long, and then she has to kill again. Can she keep on killing without anyone noticing? Will Ilona ever escape her captors and make it back to the castle?

The story of Countess Dracula is only a loose adaptation of the actual history and stories of Elizabeth (Erzsebet) Bathory, the historical figure attributed with bathing in the blood of virgin girls (although more realistically she was just a sadist that simply killed hundreds of girls in creative, awful ways). Taking the simple idea of a Countess that bathes in the blood of young girls, Hammer Films constructed a fairly threadbare plot around the story conceit. Unfortunately, the script writes characters that are either idiotic, disinterested in consequences, or both. Few, if any, seem to think about the fact that killing a bunch of young girls will probably get noticed -- especially young girls that would presumably be missed by their families, which is exactly what happens in the story. Instead of trying to find better sources of the blood (or, at least, sources less likely to be missed) the characters "feed" the Countess from whatever girls happen to be nearby at the time.

Worst among these offenders is the titular Countess herself. While Ingrid Pitt is always fun to watch (especially since she was seemingly willing to doff her clothes at a moment's notice), her role as the Countess is under-written and, sadly, underplayed. Pitt was a beautiful woman, and she has a certain breathless charisma in the right roles, but her version of the Countess is either whiny, sullen, crying, or bitchy. There's nothing there (in either the writing or the performance) to draw you into the character, which makes her eventual, expected comeuppance less interesting, simply boring and inevitable. This isn't a character that thinks through her problems to try to find a way to get the blood she "needs" without taking elaborate risks, instead killing as she can, and hiding the bodies in her own wardrobe. The character is pure id, looking only for instant gratification without worrying about consequences. 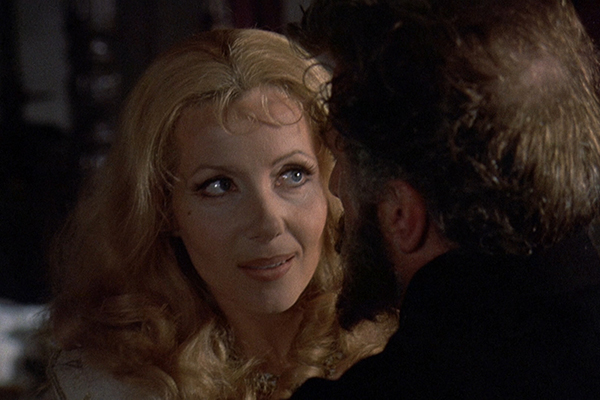 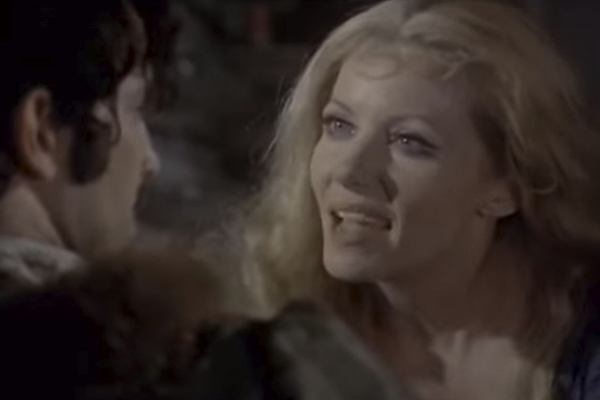 Not that anyone else in her immediate circle of employees or peers tries to stop her. The Castle Steward, Captain Dobi (Nigel Green), is upset over the fact that the Countess wants to find a younger man than he, rather than that she is killing young girls. "Oh, you killed a young girl for her blood. Well, you probably shouldn't do that... but eh, I'll dispose of this body and we'll see what we can do to sate your blood fix in the future." The Nurse, Julie Sentash (Patience Collie), a character one would presume would honor the sanctity of life, doesn't even bat an eyelash at her mistress killing girls. The only people affected by the sudden murderous rampage are the peripheral characters, the townspeople and the town guards.

Most egregious, though, is simply the pacing of the movie. The Countess doesn't kill that many girls, and those that she does kill usually die off screen. What we're left with is a lot of scenes of the Countess talking about her need to kill, then a handful of scenes after she's bathed, enjoying her youth, only two or three actual "money" shots of blood and death -- and too few shots of Ingrid Pitt au naturel, which for a late-period Hammer flick is the whole point (gore and nudity). The characters aren't interesting enough to carry the story, and there isn't enough (really, any) action to breakup all the talky bits.

On the technical side, Hammer, as always, kicked out a beautiful looking movie on a small budget. By this time-period Hammer had gotten good as putting out solid horror movies with good production values, and Countess Dracula is another great looking movie. Costumes are dramatic and detailed, sets are well defined (if a little small and over-used), and there are plenty of scenes set out in real settings to help distract from the fact that most of the scenes were done with wooden sets on a sound-stage. It's just a pity that a movie this good looking had to be so dull.

For the Hammer fanatic, Countess Dracula is a lesser movie (from any of their filming periods). It's not the best of Ingrid Pitt's contributions to the studio, and the movie isn't interesting enough to stand on its own merits.