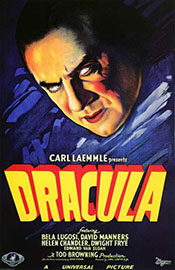 We all know the story at this point, so we don't need to worry too much about spoilers. Count Dracula, the reclusive lord from high in the Borgo Pass, is looking to move to England. To that end he brings a solicitor, Mr. Renfield (not Harker, as in the traditional plot, but we'll get to that in a bit), to help him setup a lease for Carfax Abbey in London. So Mr. Renfield trucks out to Transylvania, paperwork in tow, to assist his wealthy client. However, once the paperwork is handled, Dracula feeds on Renfield and makes him into a human servant and protector of the vampire lord.

Flash forward to England and the boat Dracula (and Renfield) have been sailing on crashed into the English coast. All the crew on board are dead, and Renfield is discovered in the ship's hold, mad as a hatter. He's taken to Dr. Seward's Sanatorium while the crates (containing Dracula and his native soil), are unloaded for delivery elsewhere. This gives Dracula free reign to wander London, stalking the night and feeding on the young women wandering the streets. He meets up with Mina Seward (not Mina Murray in this version), her fiance Johnathan Harker, and her friend Lucy Weston (not Westenra) at the opera, and becomes infatuated with the young women.

It's hard to come at the 1931 Dracula with a fresh set of eyes. For most modern audiences, this version of the story is going to seem like quite a slog. A lot of this probably boils down to the growing pains of the still fairly new cinematic format, a director that wasn't sure how to best stage things for film, and actors unsure of their own performance. It all amounts to a movie that probably was quite scary back in the day but is simply hard to sit through now. 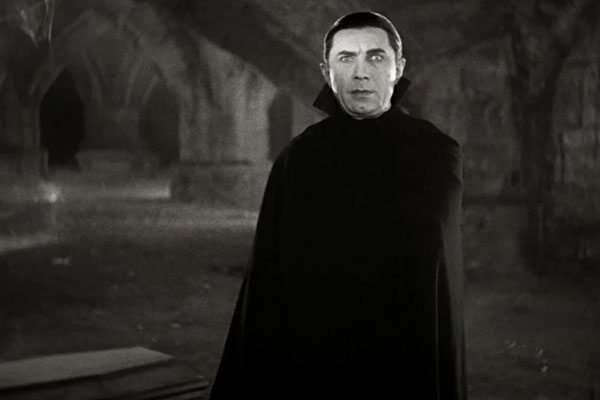 The best part of the movie is probably Bela Lugosi, and even that is being charitable. Personally, I'm just not a fan of his performance in this film. He's two amiably and chatty by half in most of his scenes. Other times he attempts to be scary, but his "Dracula Hypnotic Stare" comes across more like a cross between pensive befuddlement and distracted "did I leave the iron on?" thought. He's obviously doing all he can with the material, but he's unable to elevate it, or his own performance, much.

Not that rest of the cast or crew fares much better. The movie's script was based on on the Dracula stage play, and the production very much feels like a play that was filmed. The cast all seem to be over acting their performances, as if they're acting towards a live audience instead of being real people. Performances are loud and pitched, leaving you with a lot of people you can't relate to (so you never really care if they live or die).

The direction and cinematography are even worse. Whole scenes are filmed from a single angle, often awkwardly zoomed out, as if no one was quite sure what to do with the camera. The times to camera does pan or movie are shaky and obvious, making it all that much more noticeable. Single-shot scenes could be okay (Kevin Smith has, by and large, made a career of it), but then the characters are arranged awkwardly in the scenes, often with their faces or backs to the camera, making it hard to see their faces and understand how they're reacting to scenes. it all just so slipshod, which leads to to wonder how much the director and/or cinematographer really knew about film-making before jumping in with this.

Of course, the biggest issue with the movie really was out of the hands of everyone involved, and that's because the film standards at the time simply made it too hard to make a truly scary movie. There's basically no gore on screen (all we get are a couple of dribbles when Renfield cuts his finger on a paper clip), which leads to every scene of vampire violence essentially being Lugosi slowly, so slowly, leaning into towards someone, mouth agape, and then we fade out as if it were a 1950's sitcom where two people were about to screw. Maybe the thought of all these people dying was scary enough back in the day, but it's hard to feel anything but boredom watching it now. 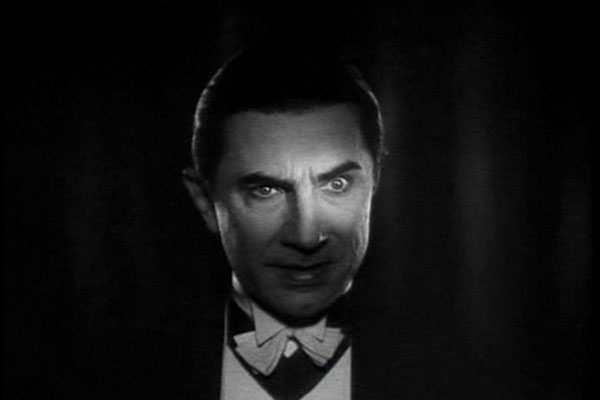 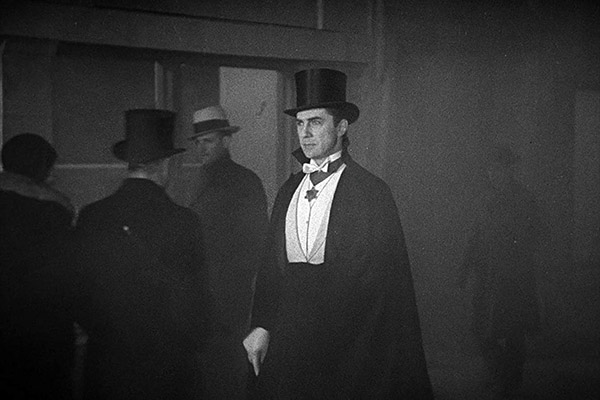 The best things about the movie is that it at least looks good for the era. There are a couple of really lush sets, like Dracula's Castle and Carfax Abbey. These showed a certain amount of care and really sell the Gothic style of the setting. Still style alone cannot make for a good movie.

There are great Dracula movies out there. Universal even made a couple during this era (the Spanish version of this film, Dràcula, and this film's direct sequel, Dracula's Daughter, being two). This movie, though, is just not worth watching. Skip it and get your Dracula fix elsewhere.