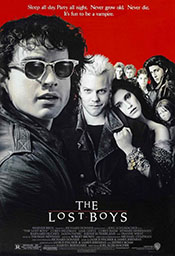 Sam (Corey Haim) and his brother, Michael (Jason Patric), move with their mom, Lucy (Diane Wiest) to Santa Barbara, California, to live with their Grandpa (Lucy's father, played by Barnard Hughes). The family has landed on hard times after Lucy and her husband divorced, so a change of scenery (and, hopefully, economics), seemed like a good solution to their predicament -- a fresh start, a new life.

It's not long after moving to Santa Barbara that Michael falls in with the "bad seeds," a group of motorcycle thugs that serve as the scourge of the beach-side boardwalk. Little does Michael realize that the biker-punks are also a gang of vampires.

When Michael is brought into the fold, it's up to Sam to save the day. He teams up with the Frog Brothers (Corey Feldman and Jamison Newlander), two comic book store owners who also happen to be vampire hunters, to find and destroy the leader of the vampire clan.

The movie is played for it's humorous moments. I seriously doubt anyone involved in the film, except for maybe the producer and director, honestly thought this was a fantastic film they were making. It's kind of campy, and more a send-up of the vampire genre than something to be taken at face-value. 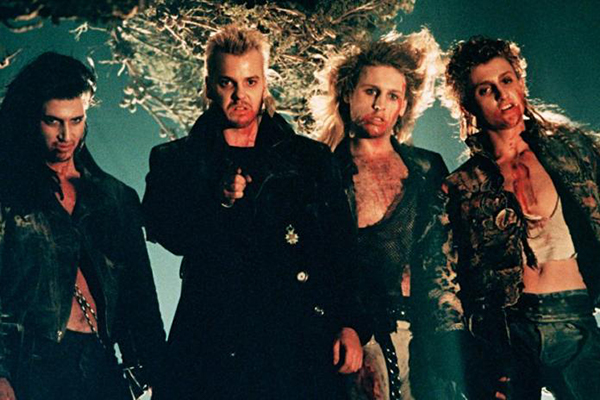 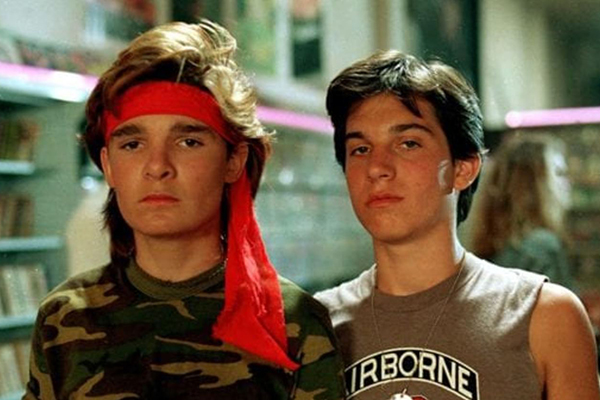 That said, the actors do elevate the otherwise terrible material (for a comparison of this, watch the second movie, where the acting is as bad as the script). The stand out performance is certainly Keifer Sutherland, the leader of the vampire biker gang. He plays the character with menace, giving gravitas to what would be otherwise terrible lines.

If there's a weak link in the cast it's the grandfather. He's played totally for laughs, which is fine, but he's never able to make the character seem, at any point, serious, making the few times the character has to actually do something useful into a silly, even groan inducing, scene.

What makes the movie watchable is the same thing that holds it back from being a good vampire flick: the teenagers and their kooky antics. The film is kind of a spiritual forefather to Buffy the Vampire Slayer: teenagers fighting the forces of darkness (with witty comebacks thrown in). What works in Buffy, though (and we're talking the series, not the movie), hasn't gelled in The Lost Boys. It makes for a great popcorn flick, but nothing you can really, well, sink your teeth into.

And it's not just the uneven humor that holds it back either. There are quite a few "scare" moments thrown in. They, on their own, are handled well, but when coupled with the rest of the flick, and the fact that most of the good horror moments are near the end, it makes the whole affair feel even more uneven. 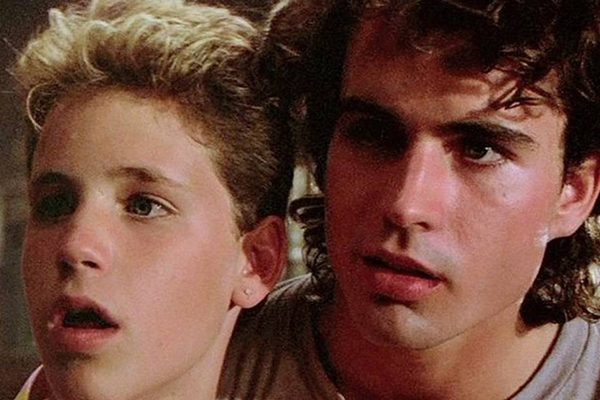 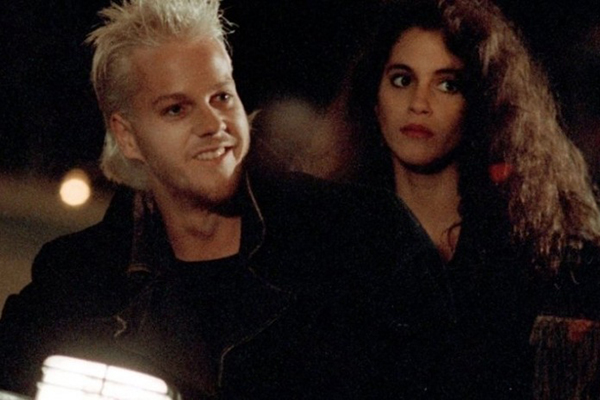 Really, when you look back on the movie, it's not that great, but it has enough elements that could have worked had they had more time to develop. You can't help but enjoy it a little... Plus, it's great popcorn.