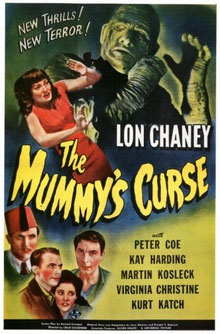 So it should come as no surprise that the mummy, Kharis, returns. After seemingly dying at the end of the previous film (which, oddly, took Amina/Princess Ananka with him as she started aging into a 3000 year-old mummified form), the two went to an eternal rest at the bottom of a swamp (in the middle of Massachusetts). Now, years later (which, by this point, must place this movie sometime in the late 1980s with how many times this series has jump "forward" in time between films), an archaeological dig in the swamps of Louisiana has somehow brought the mummy back to life (with no explanation to the change in location).

The resurrection of the Kharis (aided, once again, by the evil priests of Karnak/Arkam) also brought back Princess Ananka. Lacking any memory of what happened and looking youthful once again, the princess stumbles around Louisiana always seemingly two steps ahead of the mummy that seems to be following. Will the princess, or any of the other workers at the dig site, be able to stop the mummy this time, or will he finally spread his curse around, killing all who cross his path?

The Mummy's Curse feel like half a movie, and not just because it's little over an hour in length. Much of the plot happens in fits and starts with the characters bouncing from scene to scene not so much telling a story as simply reacting to events. The mummy (or one of the priests working on his behalf) goes somewhere, kills some people, and then everyone else freaks out. There isn't so much a search for the mummy as people saying "oh, yeah, there's a mummy here," and then going back about their business. You never feel like anything happens (well, except for the cast list steadily getting shorter and the mummy makes his way up it), and then the movie ends.

Without a good story, the rest of the movie has to really pull together to make a film watchable. Unfortunately, while some of the actors are game, more of the cast is largely forgettable. I did find myself appreciating the female leads once again (as seems to happen with most of these movies). Although Kay Harding (as Betty Walsh) and Virginia Christine (as Princess Ananka) are, once again, given little more to do than act as damsels in distress, neither of them are boring to watch. Christine is given the meatier role playing the revived Ananka, allowing her to move through most of the scenes, showing a range of emotions and being able to do more than simply react. Harding is in less of the movie but her Betty is a spunky firecracker that lights up the few minutes she gets. 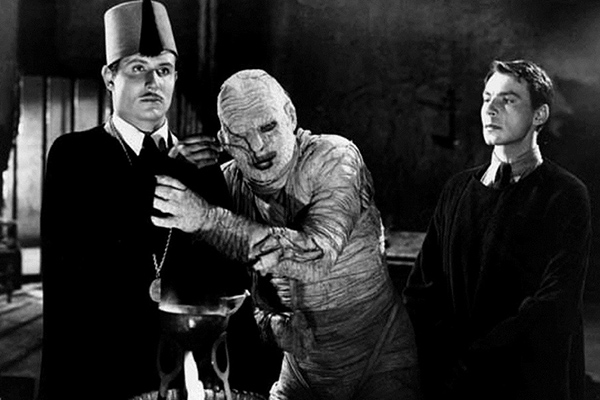 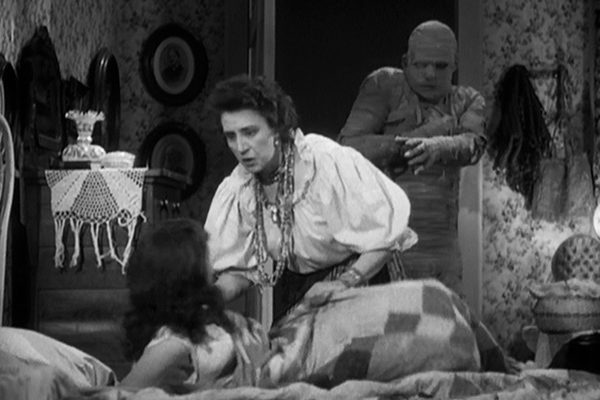 Sadly everyone is in the cast is either bland (as so often seems to happen in these movies) or so far over the top as to shoot past "comical" and land right back into "bad". Addison Richards (as Pat Walsh) gives a stand-out lesson in overacting, inhaling enough scenery to fill three films. Then we get the questionable choices (both acting and directing) of the over-the-top Cajun characters, all of whom are little more than racist stereotypes. Seriously, when the ladies weren't on screen, most of this movie was just painful to watch.

And, yeah... that's about it. The movie once again builds to a big climax where the "heroes" (none of whom made an impression) go after the mummy and the priests (who, this time, have take both ladies captive instead of just one, so I guess that's a change of pace). There, very little happens and then the mummy just dies. No one really learns anything, nothing is really accomplished, and the movie series comes to a blessed end.

The best that can be said about this movie, the series that came before, and all of Universal's attempts at building a franchise out of these movies in the 1930s and 1940s is that if makes you appreciate the 2017 reboot of the character. As big of a mess as that movie was, it was at least watchable. This film waffled between insulting and boring, neither of which I would ever want to watch again.