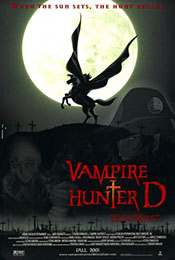 Late one night a young girl heads to bed. While she readies herself (not like that), dark magic flows across the land. Lamps sputter out, crosses bend and break. She awakes as her window opens, and a vampire appears, stealing her away into the night.

Days later, our quiet, shadowy hero, D, comes into town. At a neutral location he meets with the father and brother of the young girl, Charlotte. They ask D to find the girl and kill the vampire and, if the girl has already been turned into a vampire herself, kill the girl as well. However, D has competition for his reward (20 million dollars, with no explanation about how much that actually means in this future society), a group of bounty hunters, the Marcus Brothers, to also track down the vampire and the girl. D will have to deal with the dangers of the road, the Marcus Brothers, and the vampire (Count Meier Link) to save the girl and collect his bounty.

Although Bloodlust shares many things in common with the original Vampire Hunter D film -- the protagonist, the ambiance, the fair simple story-structure -- in most ways Bloodlust is a massive improvement over the first film. Some of this has to be attributed to the era -- the original film is very much a product of the '80s, with that era's animation and storytelling devices in full effect. It also probably benefited from a larger budget (although this is just a guess as we're unable to find any details on this aspect Online), allowing for much improved animation and effects.

What really sets this movie apart from the original, though, is it's strong, consistent story. The first movie had a plot that could have been resolved in fifteen minutes (especially since D and everyone else in the movie knew exactly where the flick's evil vampire was). Bloodlust, though, is a long chase sequence. There are action moments spiked by story sequences, and the plot line balances it all out fairly well. Because everyone is moving in the same direction and is constantly crossing paths with each other (and the fact that the movie focuses as long on D as it does the Marcus Brothers and their band of hunters), it doesn't ever feel like the movie is just stalling for time. There's momentum, there's action and there's pay off of all the various plot threads at the end of the movie. It's vastly more satisfying. 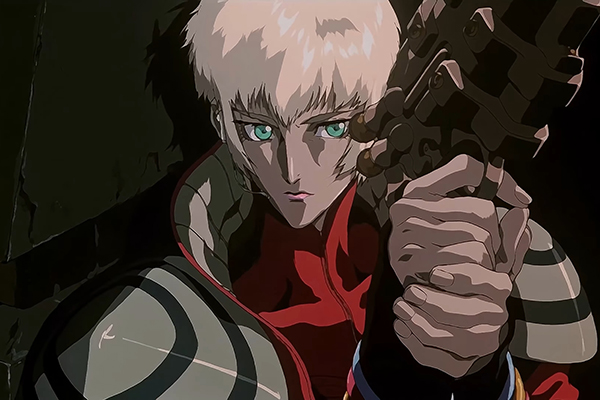 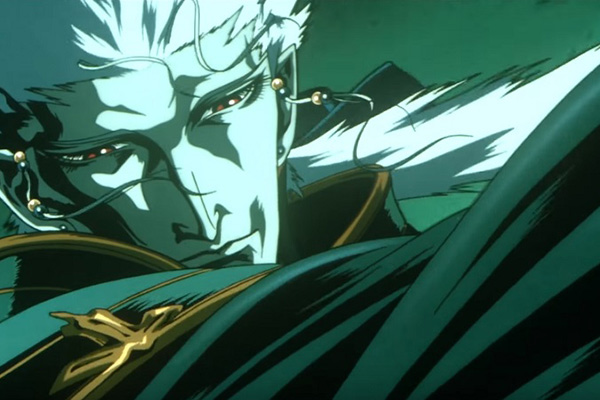 That's not to say it all works, of course. Much like the first movie, Bloodlust suffers from character overly explaining everything they're seeing and hearing, often times at a rushed pace as the English actors try to fit in all their lines in the span o the Japanese animation (and yes, once again I watched this flick dubbed, so all the purist fanboys and grouse all they want). The problem isn't as prevalent as in the first movie, as there's more action and less talking this time around, but it does still feel like the producers had two hours of story and they had to fit it into a hour-and-a-half runtime.

While most of the voice work is great this time around (with D being played nicely in the dub by Andy Philpot and Mike McShane giving a winning performance as Left Hand, D's parasitic assistant), not everyone works. The worst performance from the cast is easily Pamela Adlon as Leila -- Adlon never feels entirely comfortable with the role she's voicing, and the worst of the rushed, constant stream of lines tends to come from her character.

Still, despite some flaws Bloodlust is quite watchable and, in every way, vastly improved over its predecessor. For anyone that wants some good vampire-hunting, anime action, Bloodlust is an easy recommendation. It's amusingly in places, propulsive over all, and very nice to look at. Quite a solid flick (and that's a statement in itself coming from an avowed anime hater).