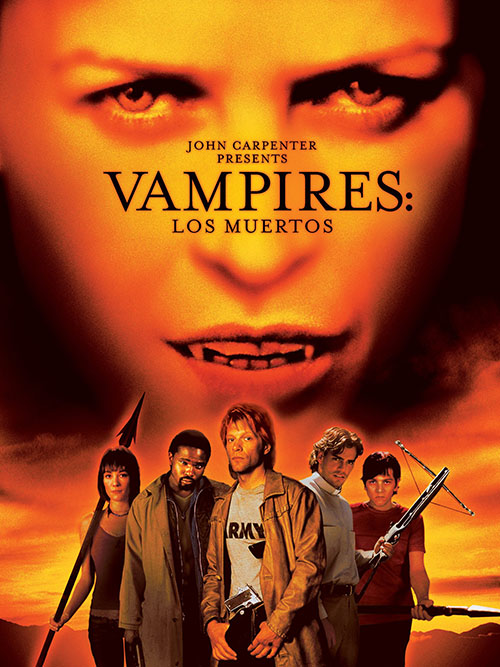 I don't tend to think much about the 1998 John Carpenter film Vampires. The fact I remember it at all is simply because it was a movie that came out when I got deep into horror as a teenager and then saw the box a lot when I worked at a video store. It was a vampire film for my era, which makes it tragic that the film sucks. A really good vampire film from that time would have stuck with me better, it'd be something I hold up as essential watching for any vampire fan (you know, like The Forsaken). Instead I got John Carpenter's Vampires. It's tragic.

Related to that point, though, is the fact that no one really was expecting a sequel to that film. The original barely made back its $20 Mil budget in theaters, not counting whatever they spent on advertising, and could could considered a bomb both critically and financially. It is not the kind of film that screams "sequel me!" And yet, four year later, a sequel it did get. Yes, it's direct-to-video, and it doesn't feature any of the original cast, or even John Carpenter in a directorial role. It was sold on the merits of his name, and Vampires brand, such as it was. Apparently someone out there thought a Vampires sequel was a good idea. I don't know who that would have been at the time but, honestly, the end result isn't as bad as you might expect.

A very loose sequel to the original film, Vampires: Los Muertos (which just means "the dead", which, yes, thank you for that pointless subtitle, movie) follows Derek Bliis (Jon Bon Jovi while he was in his acting phase), a freelance vampire hunter. After the events of the previous movie most vampire hunting left the control of the Church, getting doled out to freelancers like Derek, people good at killing vamps who want nothing more than to stake the undead and collect a paycheck after. Having killed plenty of vampires, Derek is just the right guy to take out a really nasty master: Una (Arly Jover), a queen running around Mexico and the southern U.S. Derek is brought in for this kill but he is told he needs a team for it because Una is too much for any one hunter to kill.

Derek then heads on a road trip (surfboard strapped to the back of his jeep for some reason) to collect the rest of his new crew. Only problem: every time he gets close to one of these guys he finds that Una has already gotten there first. Soon enough he begins to suspect that Una is stalking hunters specifically, purposefully killing all the people that might be able to stop her. The only killers he can get is another freelancer from up-state, Ray Collins (Darius McCrary), a young kid who tags along, Sancho (Diego Luna), the only priest to survive a massacre by Una's hands, Father Rodrigo (Cristian de la Fuente), and a half-vampire working to fight off her own infection with a special drug cocktail, Zoey (Natasha Gregson Wagner). This team is all that stands between Una, her plans to become a daywalker, and the fates of the rest of the world. 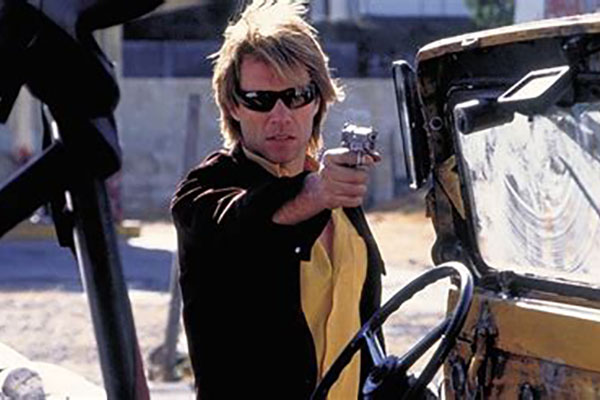 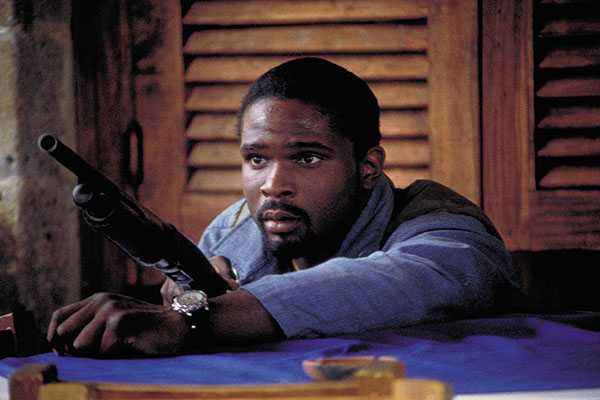 As far as connections to the original film, Los Muertos is tenuous at best. There's no mention of previous characters, the setup for finding vampires is different, and the Church is hardly a factor here at all. The only thing that marks this as a direct sequel in any way is that Una, the master vampire, wants to get her hands on the dark cross (and a priest that knows the ritual) so she can turn herself into a daywalker. That plot-line is our one concession to what came before.

Frankly, though, having as little to do with the original film as possible only works to this film's benefit. The original Vampires was an awful film in all respects, equal parts stupid and misogynistic, ugly in a way that makes the film hard to watch now. James Woods is a terrible person as well as a bad actor, and having him headlining that film made the whole affair that much worse. Bon Jovi might not be a great actor (he's a tad flat here) but he doesn't have any of the baggages of Woods which automatically makes him a better hero for this film. It does also help that a couple of decent actors (Wagner and Luna) are in here, giving this film some real talent and credibility.

The film is also competently produced and directed. That seems like a low bar to achieve, but this is a direct-to-video production so "competent" is actually pretty good. Hell, the original Vampires had John Carpenter at the helm and I wouldn't even call that film "competent", so there's that for you. The pacing of the film is a little slow, the dialogue a little stilted, but there is just enough quality to the production that you don't feel like you're watching an Asylum production (the true low-bard of direct-to-video film).

It's interesting, too, that one of the major plot points of this movie is Zoey and her meds to stave off the infection. That feels like it was lifted directly from The Forsaken, which came out one year earlier, as that film too introduced the concept of drugs to fight off vampirism. Each film worked with it in different ways, true, but it's a solid idea for both movies. Los Muertos gets some good mileage, and decent drama, out of the idea, so credit where it's due. 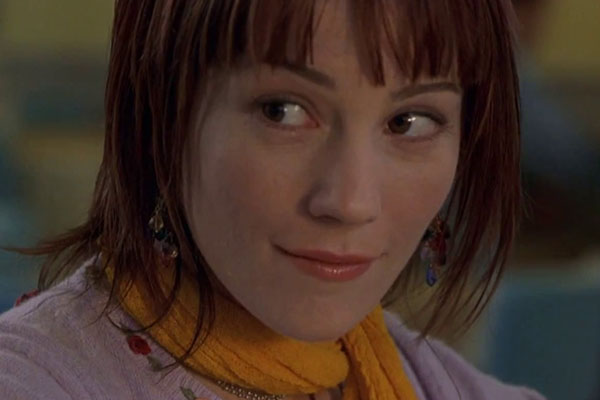 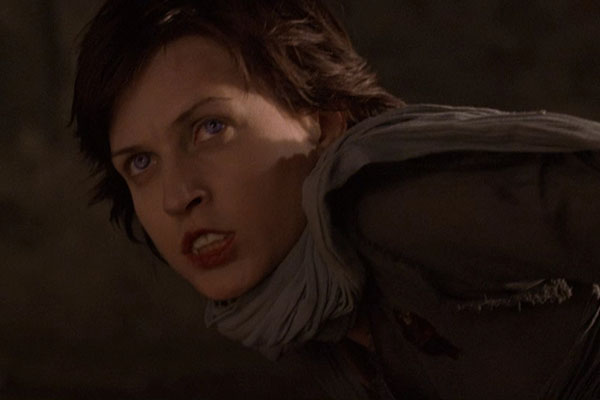 In no way is Vampires: Los Muertos a good film. It's a middling effort that would have been released to shrugs and yawns had it come out in theaters. As a direct-to-video release, though, it does well enough to be better than you might expect. It's not bad, or horrible, or unwatchable, it's just decent which is good enough in this genre of film. Besides, it's miles better than the original Vampires so, direct-to-video or not, that makes it an amazingly good film by comparison.