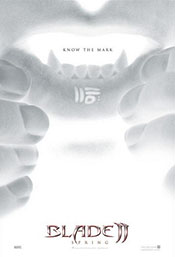 Picking up a couple of years after the events of the first movie, Blade (Wesley Snipes) is in Eastern Europe on the tail of some vampires; the vampires have his friend and confidant, Whistler (Kris Kristofferson), who may or may not have turned into a vampire. After a protracted fight sequence, Blade retrieves Whistler and they head back to Blade's HQ together.

This doesn't have a lot to do with the main plot of the movie, but it's worth mentioning as it's also some of the best action in the flick. Sadly, it's also only about 10 minutes of screen-time.

The remainder of Blade II deals with a peril that threatens both humans and vampires. A new type of vampire has popped up and this new breed is much more vicious and infectious that "normal" vampires -- and they have to feed constantly. Lead by Nomak (Luke Goss), these new vampire-creatures seem to want to kill off all the vampires... and then they'll start eradicating the humans.

The vampires, under the guise of a truce, ask Blade for help. Our dour hero is teamed up with a squad of vampires, the Bloodpack, who are a group of assassins trained to kill Blade. There's a note of irony that they now have to team up (and be lead by) the man they were trained to kill, but the threat is that severe. 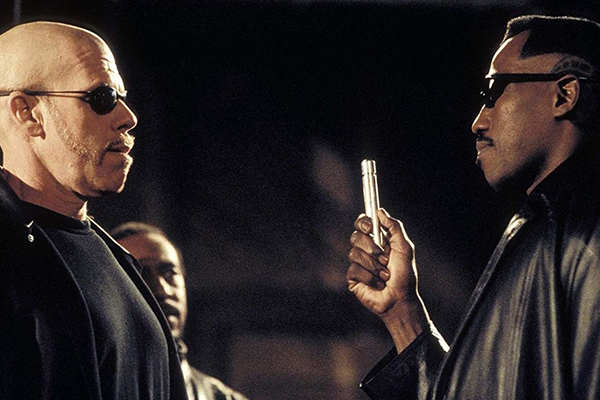 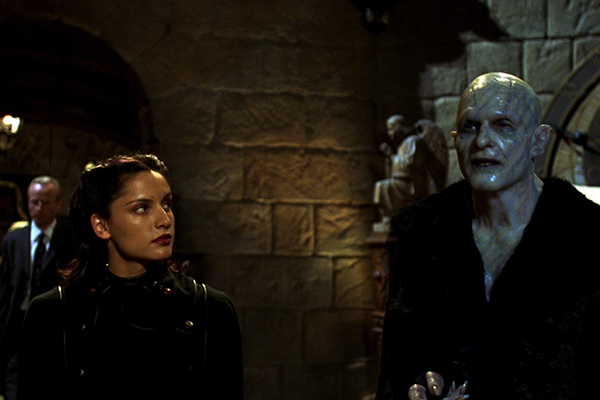 However, is there more going on than we know about? Is Nomak a naturally occurring mutation, or did something artificial happen to cause Nomak and his kind?

If you really care to find out, you care more than I did. The story -- heck, the movie -- is just a bland mess of a film, and while you can tell the writers had some good ideas, nothing seems to come together into a convincing whole.

The single best idea the creators had was the weird vampire-creatures. These things are just bizarre, and honestly scary -- much scarier than vampires ever end up being. They are hard to describe, but they proved to be the best horror eye candy of the film.

Less convincing is anything else in the movie. The Bloodpack was an idea that probably sounded great on paper, but is less incredible on screen. The minute you see a team of crack vampire fighters, you're already building a list in your head of who lives, who dies, and in what order. They are all, for the most part, bland and unmemorable, put into the movie for the sole purpose of providing a convenient body count.

This is sad, as the leader of the Bloodpack, Reinhardt, is played by the usually fantastic Ron Perlman, and he's just not that watchable in this movie. To be fair, neither is Wesley Snipes, who was great in the first movie, but just seems bored in this one. 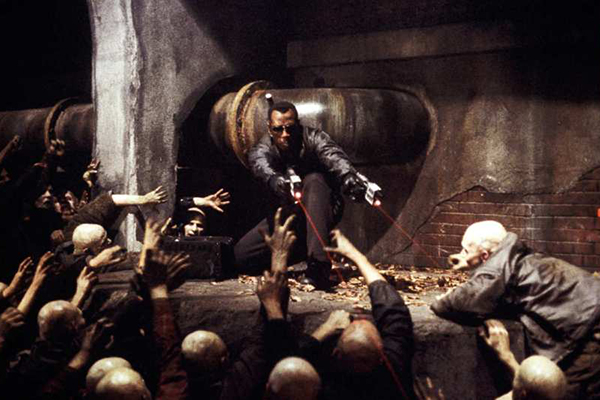 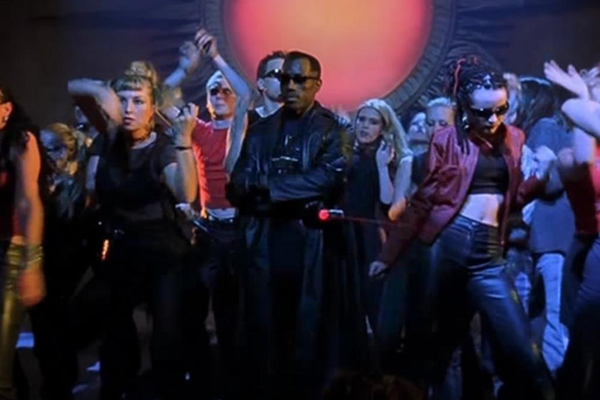 Of course, the material is nothing to be excited about, consisting of little more than a vampire dungeon-crawl: heroes (using the term loosely) enter a building, find evil creatures, fight evil creatures, and then move onto the next set piece. It's as boring to describe as it is to watch.

That said, some of the fight sequences in this movie are well done -- better than the first. Although there's some unconvincing CGI, it's more restrained than in the first movie (no weird blood-explosion bombs, thankfully).

So really, it's kind of a wash. You won't be entertained by the story or the characters, but you will at least enjoy the fight scenes. I don't recommend this movie unless you really enjoyed the first flick and have to see each movie in the series. If you don't really care, then don't worry about it. Nothing important to the overarching plot of the movies happens here, and there's almost no reason to care about this film at all.