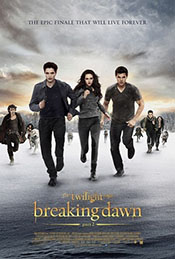 Hey, have you heard? Bella and Edward are in love. Oh, and Bella is also a vampire now. The fetus that was killing her in the last movie did the trick and she died. In a last ditch effort, Edward put his own vampire venom into her (because vampire venom is apparently a thing) and, at the last possible moment, this turned Bella. Now she's back, she's with Edward, and they have a half-human/half vampire hybrid child named Renesmee.

That last bit is a problem, though. It seems that the Volturi have rules against vampires siring children into vampirism (for good reason when you think about it for even half a second) and the Volturi are under the assumption that Renesmee Cullen is a true vampire. So now the Cullens have to gather allies and prepare for the war that's coming.

Well, at least it's over. That's the best I can say. We made it through to the other side of this franchise, but damn was the journey awful. The final movie in a planned series is supposed to put a big bow on everything that came before, send us out in grand fashion and, I guess, this one kind of did.

Let's start with the horrifying monster in the room: Renesmee. Dear lord is that a hideous child, and I'm not picking on the child actress they chose. Renesmee is maturing at a super-fast rate (as we learn eventually, she'll reach maturity within seven years from birth for... reasons?) and to convey this the producers thought it would be a good idea to CGI all the various actors (and one puppet) playing the child so they all looked vaguely the same. Whatever their motivations for it, the CGI is distractingly bad. They made a child homunculus and unleashed it on film and, if these were supposed to be horror movies, that would be a good thing. 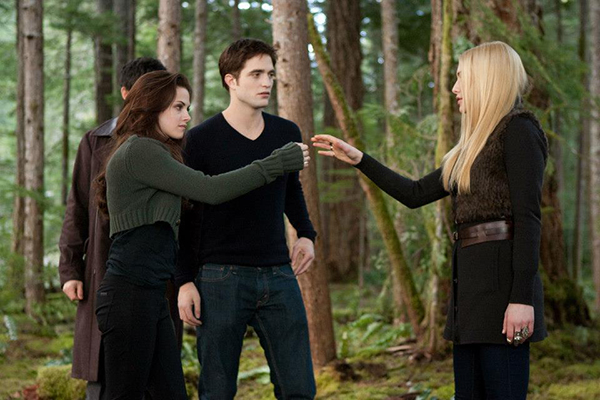 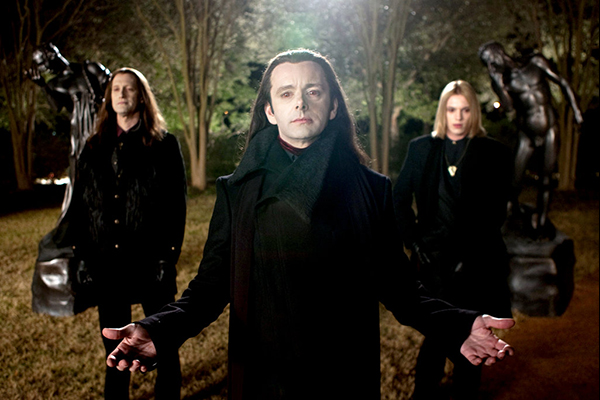 Ignoring that awful decision we then get to a whole host of other terrible decisions (most of which I assume were inherited from the book). This biggest issue (other than bad CGI babies) is that the Volturi aren't an effective villain. We never spend enough time with them in the series to really feel like they're bad guys and the few things they do are less awful that just... eh? So they punish vampires for stepping out of line and, sure, they sometimes use extreme methods. But then we're talking about vampires, monstrous creatures on the edge of tearing apart the world, and the Volturi are supposed to be in charge of all these guys. Maybe we shouldn't be debating their methods so much.

Plus, let's be clear, the best acting in the whole series comes from Michael Sheen as Aro, the leader of the Volturi. While everyone else on this film is just going through the motions by now, collecting their paychecks, Sheen showed up with the desire to play a balls out crazy vampire. He's a gleeful, giddy, menacingly giggly vampire lord and while it would be an awful performance in most movies, it's a breath of fresh air performance in this wretched series. I enjoy it every time he's on screen which, well, I guess that's why I have such a hard time rooting against him. I could see a version of this series following Aro around as he brings down evil vampires all over the world. I'd certainly enjoy that series a lot more.

And then there's the ending. We're not going to get into deep spoilers here but, suffice it to say, there's a big, bug-nuts crazy, over-the-top war that happens... and then doesn't happen after all. Instead of a big climax the movie just kind of ends on a wet fart. While I liked the sequence in question it doesn't really answer any questions, and the whole scene then ends with nothing actually having been accomplished. And then the movie ends.

Really, as a summary of the whole series it does seem fitting in a way. Two people meet each other and fall in love. Nothing really happens over five films, and then the story ends. But hey, at least we're done watching these now.