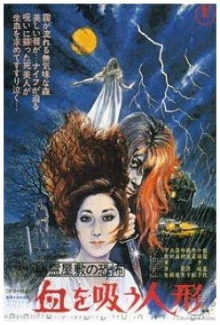 When you hear the name "Toho" you end up thinking about Godzilla films. That is the studio that the rubber-suited monster helped to build and that creature is Toho's longest running monster and their most famous creation. Long after the heat death of the universe, Godzilla will live on (which seems appropriate, really). But Toho has made a number of films outside the Godzilla canon, and The Vampire Doll marks the studio's foray into making the kinds of films Universal and Hammer had been producing for the better part of three decades: classic monster films, with none of the rubber suits or city-wide destruction that went along with.

Although it often goes under the title of "Legacy of Dracula", due to the fact that the next two vampire films the company produced were Lake of Dracula and Evil of Dracula, this film is completely unrelated to those later films. Instead this is a standalone movie that looks to create a vampire legend for Japan, a kind of horror movie starring a traditional Western monster given the Japanese sensibilities and horror-film stylings. And, frankly, it works much better than I would have expected. I'd been avoiding watching these films for years, letting them collect dust on my shelf for at least ten years, all because of that "Toho" on the label. "They couldn't be good, right?" I was clearly wrong, at least about this first effort.

The films opens with Japanese business man, Kazuhiko Sagawa (Atsuo Nakamura), on a trip to see his beloved fiancee, Yuko Nonomura (Yukiko Kobayashi), at her family's estate. When he gets there he's accosted by the family servant, Genzo (Kaku Takashina), before Yuko's mother, Shidu Nonomura (Yoko Minazake), warns the manservant off. Kazuhiko inquires after his beloved as he'd sent a telegram days ago and received no response, and that's when the mother informs him that Yuko was dead, having passed away in a car accident two weeks ago. Heartbroken, Kazuhiko ends up staying the night while he laments his lost love. That's when he sees an apparition of her wandering the grounds. Chasing after her he finds Yuko, but she's not quite herself. He doesn't care, though, as this is the woman he loves and he's just happy to have her back. They embrace, she attacks, and-

We cut to the morning when Kazuhiko's sister, Keiko, awakens from a bad dream. She's rightly confused about what happened to her brother as she expected him to call when he got in at the Nonomura estate. Instead, it's been days without any word. Keiko is understandably aggrieved so, along with her fiance, Hiroshi Takagi (Akira Nakao), the two drive to the Nonomura estate to see where her brother might be. There they are informed that Kazuhiko left days ago, which is also odd. Soon, Keiko begins to suspect something is wrong and that the mother is hiding something. The evidence mounts, and Keiko's suspicions only grow, leading her and her fiance to suspect that Kazuhiko is still at the estate and maybe, just maybe, Yuko (or some undead thing in her body) just might still be alive. 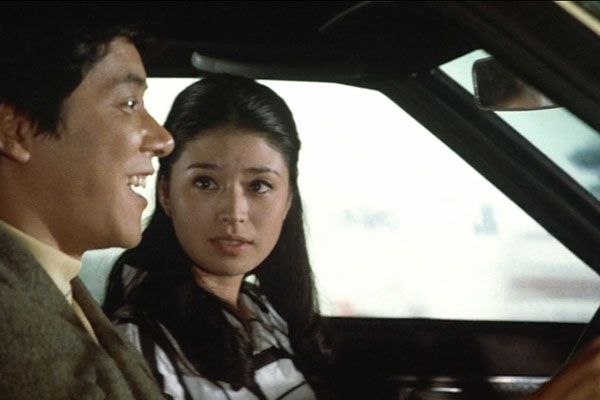 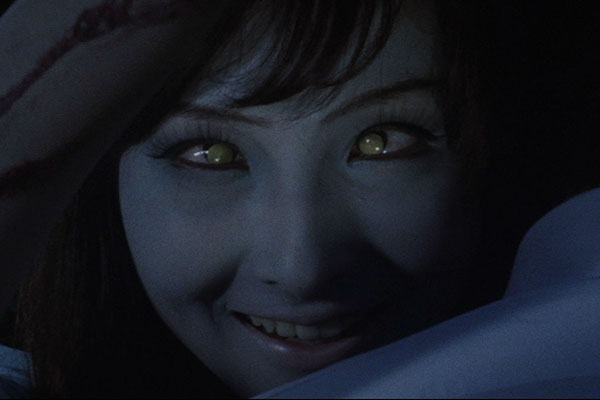 As the box copy for the film tells it, Toho created this film (and its two, Dracula-starring follow-ups) to try and break into the market that Universe and Hammer are created. They wanted to make classic monster movies to compete with the greats of Hammer especially (as that company was the one making these kinds of films at the time), so the goal was to steal as much of the style and substance of Hammer's productions and make a Japanese style film from there. If the box copy can be believed (details, honestly on these movies are scarce enough that I'll take the word on the copy because it's the best I've got), then Toho nailed it because this is a pretty creepy, and lovingly crafted, spooky bit of horror. I've seen more terrifying films, of course, but for a vampire film trying to evoke an ambiance of dread and mystery, this film nails it so well.

I want to note that I didn't find this film scary. Instead the film does find a way to evoke confusion and dread. It doesn't try for many real scares, per se, instead saving the moments for specific times when the movie monster, Yuko, is revealed. Even then what makes her scary or creepy is the makeup they've given her, especially some creepy golden contacts that make her eyes look otherworldly. The film wisely keep Yuko hidden for much of the film, adding her in to spice up a few key moments (including the climax which includes a hilarious and delightful gout of blood that really sold the scene), but the rest of the time the film keeps its cards close to its chest, letting the viewer slowly experience the story and figure things out for themselves.

The big issue I have with the film is that the writers didn't really have a good way to naturally work their plot reveal -- how Yuko became a vampire and who caused it -- into the film in a natural way, so the film basically comes to a dead stop for a few minutes near the end to do an exposition dump. This part was less artful than I would have liked as a better script could have perked this section up, maybe revealing the story bits in pieces instead of all at once, letting the climax build and build instead of losing momentum for a long stretch of time before finally getting back on its feet.

At the same time, it's interesting because there's someone behind the scenes pulling Yuko strings (in a way), and that means that while Yuko is the "monster", this other party is the real monster of the film. But the end of the movie they're giving a great, scenery-chewing performance that really befits this kind of film. It reminded me of the over-the-top performances some of the great Hammer stars delivered in their films, commanding the movie and helping to gloss over any imperfections that the low-budget nature of the film may have caused. It doesn't completely course correct the film but the villain does help a lot and I appreciated anything that got the film back on track because, really, the first hour of this movie is great. 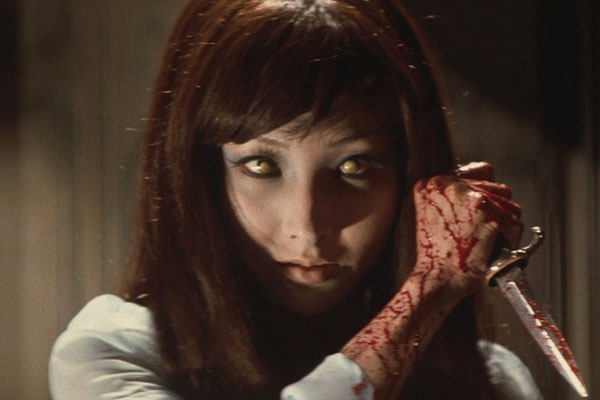 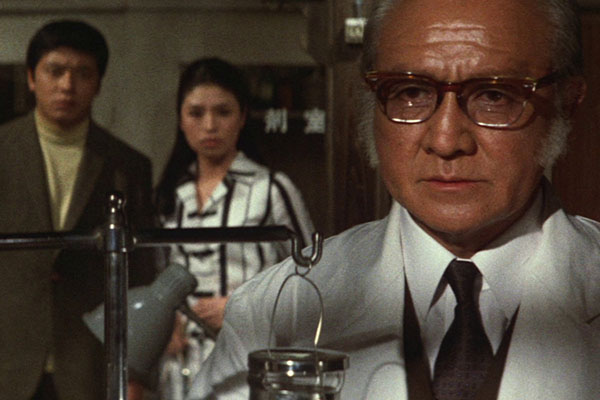 I will admit that I haven't watched much Eastern cinema, especially not in comparison to Western films and TV, but what I've seen of those productions leads me to have some ideas of the kinds of stories the culture goes in for. Sins of the family strikes me as one of their big themes, and this film certainly banks on that between the relationship of the mother and her undead daughter (as well as that of the person behind the scenes). Plus, you have the (standard at this point) creepy girl moving weirdly through the shadows, twitching and smiling. That all seems like the kinds of things I've seen in Japanese horror so I'm sure aficionados of Eastern horror cinema will find plenty to like here. It's broad generalization on my part, I'm sure, but I am at least trying to make sure that the kinds of themes prevalent in Japanese cinema are here and handled well, and from what I saw, it seemed like they were.

Overall, then, this was a great first attempt at a Japanese vampire horror film from Toho. I don't know if the next two films will hold up by comparison but, right now, I'm actually excited to see what else Toho has in store. The Vampire Doll shows the kind of promise the studio could have if they moves away from rubber-suit monsters and tried their hand at a different kind of horror. It really is great.