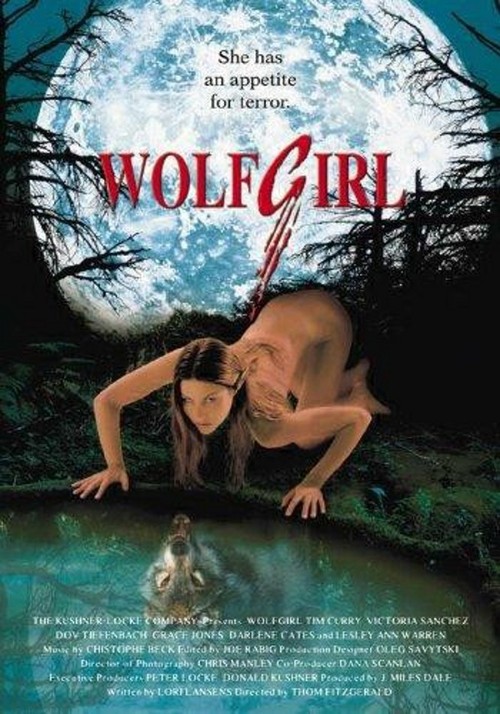 The myth of lycanthrope can be taken in a number of directions, from the tragic figure trying to control (or hide) their beast, to the wanton killer reveling in the feeling of power every full moon. You even get stories of packs of werewolves banding together to live in peace (usually away from the prying eyes of humanity). The rules between all these films, though, remain consistent: a human has a curse, to turn into a wolf (or other animal, sometimes) around the time of the full moon and, when they do, the beast takes over. You have to hit those beats to be called a "werewolf film".

Wolf Girl (aka Blood Moon, which was the name on the DVD I got) takes a different direction on the material. Focusing on a sideshow freak, a literal wolf girl who is hairy all the time but is otherwise a very sweet girl, the movie essentially posits an opposite idea from the standard lycanthropy legend, that if the girl were to somehow become less wolf like and look more like a normal human the beast within, the inner wolf, would somehow come out. It's a really weird angle the film takes (and it's not the only weird part in the low-budget, arthouse film), rendering it into a movie that barely has anything to do with lycanthropy (no matter what the copy on the back of the DVD box might say).

We're introduced to a gang of hoodlums -- Shawn Ashmore as Beau, Shelby Fenner as Krystal, Tony Denman as Cory -- as they're out hunting in the woods near their small town. They witness the circus roll into town, a band of freaks and misfits led by Harley Dune (Tim Curry), the carnival barker. This roving band of gypsies includes all the usual sideshow attractions but, among their ranks is Tara the Wolf Girl. One of the big attractions, Tara plays up the wolf angle for the sake of the circus, putting on fake teeth and nails to look the part of the scary girl-beast. The hoodlums, though, just see an easy target and pick on her every chance they get, making her life hell.

One local boy that doesn't pick on her, though, is Ryan (Dov Tiefenbach). A nerdy kid also picked on by the local ruffians, Ryan finds a kindred spirit with Tara. The two start to hang out and before too long Ryan tells Tara about his mother's biological experiments. It seems that Dr. Klein (Lesley Ann Warren) does a lot of her animal research in her basement lab (as opposed to at the campus of the corporation she works for), and Ryan has easy access to her lab and its equipment. He thinks that the work his mother is doing can help cure Tara, turning her more normal looking. And it works, for a time, but as the cure begins to reveal the human within Tara suddenly starts acting more aggressive, more animalistic. Will Tara give in to the beast or can she manage to retain some of her humanity on the inside while it appears on the outside. 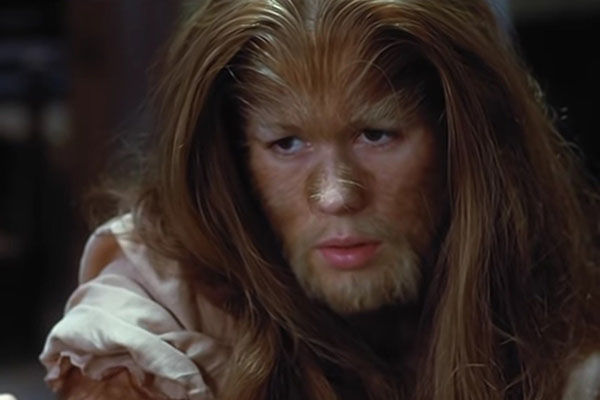 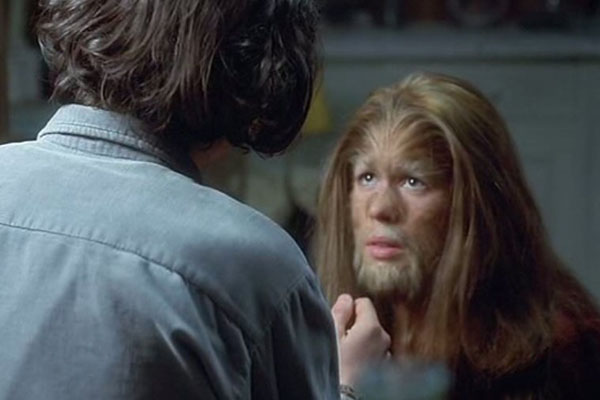 Made in the early part of the 2000s, Wolf Girl has that arthouse feel so many other low-budget films tried out during this era of film. We've actually seen some of these works (like the obviously Tarantino-inspired The Forsaken, also released in 2001), but Wolf Girl certainly hangs out near the bottom of the list when it comes to tracking arthouse movies that actually work. This film is, honestly, pretty terrible, getting caught up on every little arty impulse without ever finding a story, or even a mood, that really gives the film any kind of energy.

For starters, Sanchez seems lost in her performance as Tara. Whether it was her inability to get into the character due to the makeup, or she just wasn't that great an actress at the time (she's done a lot of bit-part TV series but very few films outside this one), her character is a dud. She's supposed to be the main character of the piece but her creature effects are far more convincing than the girl underneath. Unfortunately the kid they pair up with her, Tiefenbach's Ryan, isn't any better, so we have two boring kids staring blandly at each other for long stretches.

There are actual good actors in the film, even beyond the always fabulous Tim Curry, but none of them are the main characters. Shawn Ashmore's abusive alpha-male bully is one of the best realized and most interesting characters because of the actor's performance, but then Ashmore has gone on to have a pretty decent career (even outside the X-Men films); this movie is just a low-point for him. If the film could have put the good actors in better roles this film might have been vastly more interesting.

But then there are the really weird touches that amount to almost nothing, simply padding out the runtime. Ashmore's Beau, for example, has a micro-penis. If you thought that wouldn't be a plot point in a werewolf film, you would be mistaken. I think we're supposed to assume he's such a dick because his peenie and so teenie, but it mostly just leads to awkward scene of hi (barely) whipping it out. It's an arthouse film so apparently we have to have plenty of male genitalia (and that's beyond the freak show act with two trans-women who, yes, have dicks, in a scene that really hasn't aged will in the intervening decades since this film came out). 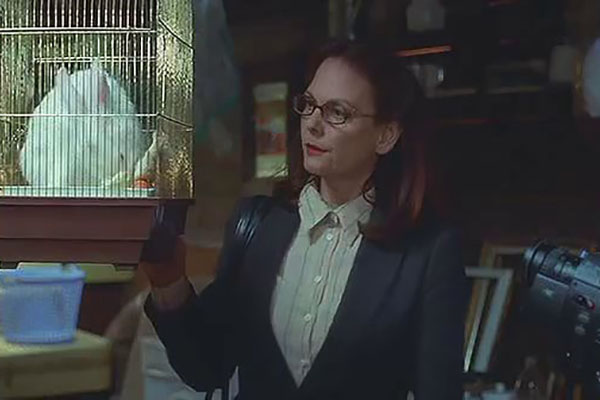 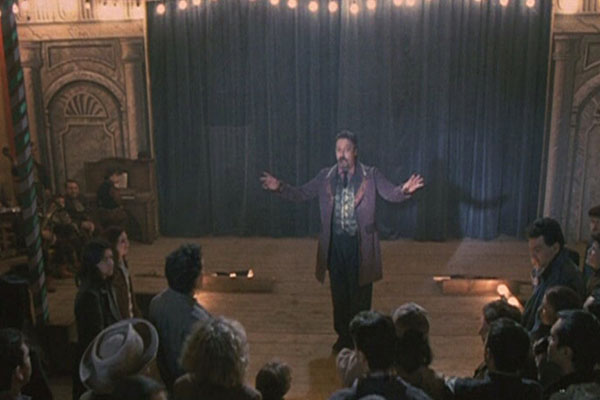 It really feels like the film is trying to be transgressive, to say that everyone is a freak, which I guess is a message that kind of works from the right angle. But where the film loses me is with the central story of the girl going from wolf-girl to girl-wolf. I think this is supposed to be the scary part of the film, the bit where we get terror and gore and marvel at the creature. It feels like the film tries to have it both ways, to play Tara up as a movie monster while also making us feel bad for gawking at the movie monster. We came for a lycanthrope movie (it literally tries to draw us in with that box copy, after all) and then it shames us for wanting a monster flick.

If the film were more interesting, with better lead performances and more interest in conveying any message at all, it all might have worked. But this is just not a smart enough movie and the people behind the camera really didn't know how to pull off their arthouse ambitions. Whatever the director and writer were trying to convey is lost in this dull, drab, dud of a film. Perhaps they should have just tried to make a more conventional lycanthrope film. It wouldn't have been as arty but it might have been more fun.