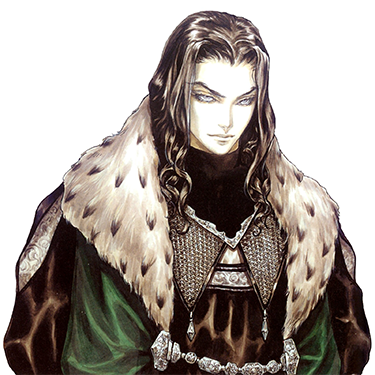 When creating an origin story for the Castlevania series, how do you handle who the antagonist would be? If you follow history, Vlad Dracula was born in 1428 AD (at the earliest) and died, at the latest, in 1476. When Castlevania: Lament of Innocence went into development, the franchise was already in a precarious place as the previous origins story that had been released, Castlevania: Legends, was set in 1450 and, even if you ignore that game (which Konami eventually did, removing it from continuity), the next game down the track, Castlevania III: Dracula's Curse, took place in 1476 AD, the year Dracula died. How do you create something with Dracula, the nominal star of the series?

Well, if you're IGA, series producer, you have your cake and eat it too. After kicking Legends to the curb (sorry, Sonia), you then put the game way in the past, 1094 AD, and make it not about Dracula but about Leon Belmont, progenator of the whole darn Belmont clan. Except, on the sly, you also make it about Dracula. Well, kind of. He can't be Dracula yet, but he will be, eventually, once he's gained enough power and found a new identity to steal.

Confused yet? Yeah, it never really made sense to us at the Inverted Dungeon either. 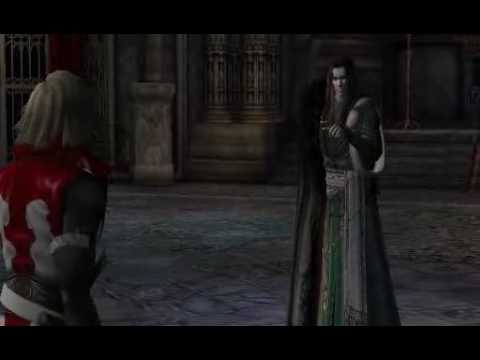 Matthias Cronqvist, like his friend Leon Belmont, was a knight, a warrior of great skill who went abroad fighting wars in the name of their liege and justice. He was also a man of great intelligence, learning from the books in his family's library to mast the magical arts of Alchemy. However, despite his great power he was unable to save his wife, Elisabetha, when she died from illness while he was out on one of his many campaigns. Coming home to find her dead, he was understandably distraught and vowed, whatever the case, to find the power to never feel pain like that again. He cast aside God and began plotting.

To that end, Matthias discovered a powerful relic, the Crimson Stone, which he could use to consolidate his power. While his friend Leon was out on his own campaign, Matthias arranged for the kidnapping of Leon's wife, Sara. When Leon returned, Matthias blamed the deed on the vampire, Walter Bernhard, and advised Leon to venture off to Castle Bernhard. Leon ventured through the castle, fighting the many monsters in the forbidden halls, but he was unable to save his wife for Sara had already been bitten by the vampire. She gave her life to Leon, using her soul to power-up his whip, changing it into the Vampire Killer, a weapon powerful enough to actually damage the dark lord Bernhard.

While the exact details may not have been Matthias's whole plan, he certainly rolled with it as, in the end, what he needed was Walter's soul and the relic the vampire carried on him, the Ebony Stone. Once Leon had ventured into the castle once more and defeated Walter, Matthais capitalized upon this by sealing Walter's soul into the Crimon Stone. Taking both stones for himself, Matthias became a power vampire, more powerful than any that had come before. he offered Leon a chance to join with him so they both could curse God for their losses, but Leon refused. Matthias fled while Leon vowed that he, and his family line, would continue to fight the vampires, and their evil, wherever their corruption might spread.

As we noted over on Leon's bio, the introduction of Matthias and his inclusion in the series, creates a few issues when you try so smash actual history up against the story Castlevania is telling. The game implies that Matthias, using the power of the Crimson Stone, goes on to become the series grand antagonist, Dracula. From a historical perspective this makes little sense as Vlad Dracula was a real person. Trying to imply that somehow this other person was able to take over the life of a real, famous person seems more than a little fishy. We at the Inverted Dungeon try to pretend this isn't a plotline of the series, but it is difficult.

Still, this little histroical glitch is better than what they tried to do with Dracula over in the Lords of Shadow continuity.

Also note that Matthias is one of the few Castlevania antagonists to not have a boss fight in his game. Sure, if he's Dracula then yes, technically we've fought him all throughout the rest of the series. Still, in his one appearance as Matthias the player never fights him. The role of "final vampire that you fight like Dracula" was, instead, filled by Walter Bernhard. Matthias gets to dance away scot free.

Despite being, essentially, Dracula before Dracula even had his name, Matthias Cronqvist is actually based on a different, real person: the King of Hungary in the late 1400s, Matthias Corvinus. The King ruled over Hungary and its various city-states, such as Transylvania, around the time of Vlad Dracula's life. THis gives the two a connection even if the historical record is spotty as to the two actually evern having met.

Of course, Why Matthias would choose to become Vlad Dracula, a less powerful noble than his own identity as the King, is yet another detail that seems quite questionable. But hey, Konami never hires us to write their plotlines (despite us sending several unsolicited, and quite salacious scripts every month).