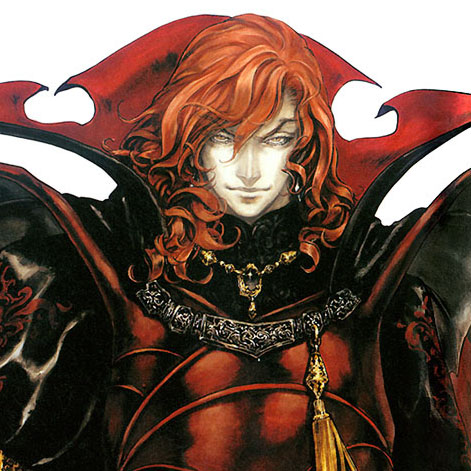 As we asked on the bio for Matthias Croqvist, how do you have a Castlevania game and not include Dracula. As the primary antagonist of most games in the series, Dracula is integral to the series in the way no other character can be. You have to do something pretty daring to have a game that takes place before Dracula exists and still make it feel like Castlevania.

For Castlevania: Lament of Innocence, Konami elected to make not one but two Dracula stand-ins. One, Matthias, would perhaps go on to become Dracula proper while the other, Walter, gets to play the role of Master Vampire for the game. That said, Walter recieved the worse deal of the two -- while Matthias went on and probably became the primary antagonist for the series, Walter got one game, was defeated by a hero, and the betrayed by Death, never to be seen again.

If I was Walter I'd talk to my agent. When every other villains seems to be able to come back time and again just because, Walter really needs to see why he hasn't been given the same courtesy.

Having lievd and died many years before, Walter Bernhard was already an ancient, powerful vampire by the start of Lament of Innocence. Keeper of one of the two great vampire treasures, the Ebony Stone, Walter was infused with dark magic. He laid a veil of shadows over his lands, bathing them in eternal night. He was powerful, immortal, untouchable... and so very bored.

When you'ved lived as long as Walter had, you found that the years eventually became meaningless. Looking for ways to break up the boredom, Walter took to toying with his food, finding ways to lure heroes to his realm so he could bat them around a bit before killing them. One warrior that came to the castle, Jaochim Armster, was there for power, lured in by the promise of the treasures within. He was unable to kill Walter, though, and claim the power for his own. Instead, Walter turned him into a vampire and forced the warrior to live out his days in the basement of the castle.

Later, another hero, Rinaldo Gandolfini, came to the castle. This time, Walter had kidnapped Rinaldo's daughter and used her as bait to bring the warrior to the castle. Rinaldo did indeed follow in the hopes he could rescue his family. Sadly, by the time Rinaldo reached his daughter, the vampire had already bitten and turned her. He was forced to kill his beloved daughter; afterwards he fled the castle and settled outside the ground, an aid to other heroes who attempted what he was unable. 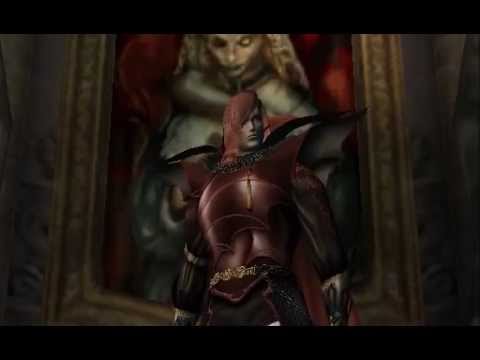 Eventually, Walter ran across Matthias, another warrior but one who had forsaked God and just wanted bitter revenge. When Matthias told Walter of a powerful knight, Leon Belmont, who lived nearby, Walter immediately went off to kidnap that dearest to the hero: Sara, his lady love. With his woman captured, Leon immediately set out to find her and save her. This forced him to venture through Walter's castle (all while the vampire essentially did the equivalent of hidding in a corner, covering his mouth as he snickered).

Although Leon was able to eventually reach Sara, he soon discovered that, as with Justine before, Walter had bitten his bait. Sara would turn and there was nothing Leaon could do with it. Back at Rinaldo's cabin, Sara willingly gave her life, and her soul, to aid Leon in his battle. With her lifeforce, Rinaldo was able to forge a weapon powerful enough to pierce the defenses of the Ebony Stone's magic: the Vampire Killer. With it, Leon stalked back into the castle to take on the master vampire. Soon, he and Walter engaged in battle, but this time Walter was surprised that someone was able to damage him. This had never happened before.

The shock was short-lived as, very quickly, Leon gained the upperhand and easily bested the vampire. Crippled and dying, Walter was betrayed as Death, a supposed minion of his, finished him off and stole his power for his new master: Matthias. Leon fought with Death, and ultimately triumphed, but Matthias still escaped. In the end, Leon vowed to kill all vampires, pledging his family to the cause. Meanwhile, Walter was very dead and no one ever cared about him again.

Although not a major player in the Lords of Shadow series, Walter is referenced a few times throughout the games:

In the game's history, Walter Bernhard was the ruler of Bernhard castle. he was also a pretty evil guy, a worshipper of the devil and demons. He ruled over Freidrich Von Frankenstein, scientist and animator of the dead, and forced the man to build horrible beasts. He also captured the Toy Maker, a creator of animate toys. Walter perverted the man's soul, forcing the man to be taken over by a demon so that his various contraptions could, too, be evil beings. In short, no one was really sad when Walter died, although sadly the next peprson to rule the castle, Carmilla, Queen of the Vampires, really wasn't much better.

Much of the action in the game takes place at Carmilla's abode, the Bernhard Castle. Although Walter doesn't appear in the game, proper, his name lives on in the fortress.

Walter is not in the interquel for the series, Mirror of Fate, but his castle is once again the scene of much of the action. During a quest through the castle, Alucard (aka, Trevor Belmont) had to venture through parts of the Toy Maker's workshop, and along the way saved his own son, Simon Belmont from the evil tinker's traps.

Again, Walter is not officially in the sequel, Lords of Shadow 2, but the Toy Maker is. During the battle with the Toy Maker, one of the puppets the machinist brings out is designed to look like Walter. This is a wink-nod reference meant to evoke the character, although it's questionable if it really is Walter, trapped in the soul of a puppet, or just an evil puppet designed to look like him.

After charging up the final steps to Walter's keep, Leon comes face to face with the vampire. After a bit of a cut-scene where hero and (fabulously dress) villain banter, the abttle begins. Walter can take a few different actions: he'll summon Dark Infernor orbs that will fly out a short distance and explode; he can summon spirits that will fly out and try to veer towards Leon; annd, of course, he'll teleport around like any good vampire will.

Once you get him low enough (about half his health), he'll explode with dark fury, a massive attack that fills most of the arena. He'll then start teleporting once more, this time charging at Leon to slap him around. He'll continue with his normal attacks as well, while also adding in pillars of summoned souls that appear under Leon's feet. And he can, from time to time, unleash his big dark fury attack (although this is easy to predict as he'll always warp to his throne to perform it. Most of these attacks are easy to avoid, so just stay alert and you'll easily claim the day. Leon will then have his confrontation with Matthias before getting into a battle with Death, so this fight is just a prelude to more.