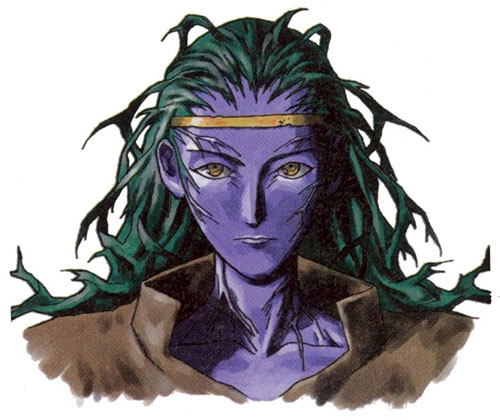 Although the Belnades family is famous within the mythology of the Castlevania series, there are more members of the clan than just the ones that actually have the "Belnades" name. Sypha Belnades is the most well known, and the one often referenced most frequently, while Yoko Belnades is the only other member of the clan we've seen to use the same last name, but there's also Charlotte Aulin and Carrie Fernandez who have acted as heroines of their own stories over the long timespan of the series.

Naturally, these four sorceresses aren't the only Belnades clan members as they span over 600 years of the timeline and it takes more than four ladies to keep an entire clan going. Naturally, other Belnades women (of various last names) had to exist, most of whom had stories we never heard of. Not all of them became famous, even within the storyline of the series, and not all of them even got to be heroes at all. Some of them stayed home to practice their magic, others may have tried, and failed, to attack Castle Dracula when it appeared on the bluffs of the Borgo Pass. And when one of them failed, there was a chance at least one of them became a minion of Dracula.

Such was the fate that befell Camilla Fernandez. The cousin of younger (at that time) sorceress Carrie, the two staged an attack on Castle Dracula. Carrie survived the attack, but was rebuffed on her initial attempt into the castle, while Camilla was, sadly, captured and turned into a vampire by the evil sorceress (who was not a Belnades clan member) Actrise.

It's not know what Actrise's full plan for the Fernandez cousin might have been. Perhaps she saw someone that she could train in the dark arts and wished to control that magic. Perhaps, in turning Camilla, Actrise sought to weaken Carrie's resolve, pitting cousin against cousin as a way to lower Carrie's guard and, eventually, capture the younger cousin as well to then have two vampiric sorceresses under her control. Whatever the case, the plan did not work as Carrie fought bravely against the monster that had once been her family, defeating the vampiress and freeing her soul. Whatever familial connection she'd felt for the poor woman was wiped away as Carrie quickly moved on deeper into the castle the take on Actrise and, eventually, Dracula as well. 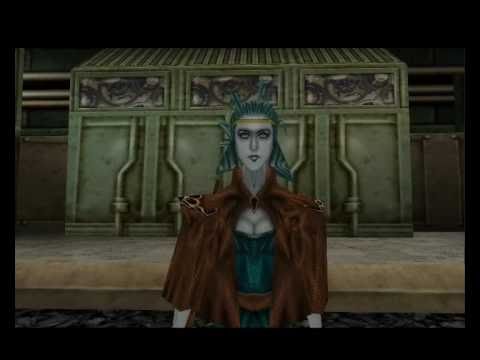 Camilla has three attacks she's spam, and spam frequently, during the battle with Carrie. She has a blast of three magical orbs (not unlike Carrie's own primary attack) that she'll send out. This trio will movie slowly and chase Carrie around. The vampire can also shoot out faster moving versions of these blasts, but their homing isn't as strong. Finally she can whip a whirlwind around herself, a damaging mist that can hurt Carrie if she gets too close. Supposedly Camilla can also attack Carrie and turn her into a vampire but in all the times we've played this fight we've never seen that attack or know which of her attacks might cause that, so that last bit is, at best, apocryphal until it can be backed up by sources.

The thing with Camilla is that none of her attacks do all that much damage, they just drag out the fight from all the times they cause Carrie to stumble. You can go in close and whirl at her with your short-range blades, or stay out in the distance and just dodge the trio of slow moving fireballs (as Camilla will only cast those if you're too far away). None of it is very hard, though, so it's really all about how much time you want to spend in the battle. In fact, if you're fine just plinking away and avoiding attacks altogether, you could hang out on the top of the staircase, where it seems Camilla refuses to go, and stay out of range of all her attacks effectively, which just spitting at the cousin with your own attacks until she dies.

For all of Actrise's boasting during the cut-scene that opens this fight, it doesn't really amount to much of anything in the end.

In the Nintendo 64 games, Camilla is never referred to by name, instead called the "Fernandez Warrior" (Verunandesu no Senshi in Japanese). It's only on the official European site for the games that Camilla was given a proper name. Although we normally don't look at reference materials that seem outside the accepted limits of the official continuity, in this case we made an exception as just about every resource out there, official and fan-based, has taken the name "Camilla" as the vampire's official name.

Of course, this does create some confusion as well as Camilla now shares a name, at least in mistranslated games, with Carmilla. The two are unrelated characters, but occasionally you will find a resource that calls Carmilla "Camilla", likely do to said mistranslations in games like Castlevania: Circle of the Moon. The names are the same, the characters are very different.

In fact, if anything, Camilla was likely meant to be Sypha Belnades (or, at least, her resurrected corpse) before the game design took the character in a different direction. That could explain why she was referred to as the "Fernandez Warrior" as there's no warrior more famous in the clan than Sypha. The music track that goes along with Camilla is even called "Sypha", lending credence to this thought.