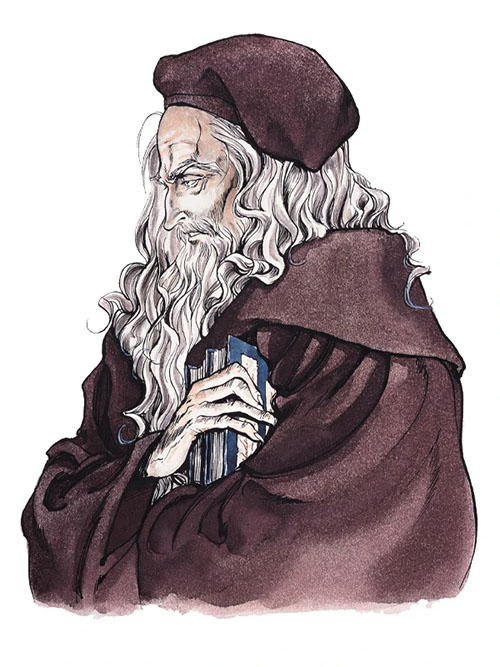 Over the early years of the series, Castlevania flirted with the ideas of the burgeoning Metroidvania genre. Exploration, adventure, and item management all were tossed around in games like Vampire Killer and Castlevania II: Simon's Quest. But it was in the PlayStation era that the game really codified all these elements -- wide, explorable areas, item collecting and management, and shopkeepers to sell you essential goods, into a single, masterful title: Castlevania: Symphony of the Night. 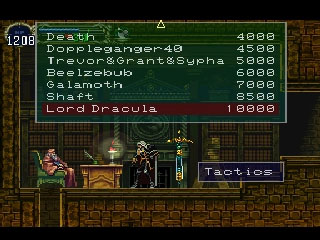 One of the key elements of that game, found early and used often, was the Master Librarian, a guardian of the Long Library who, instead of fighting protagonist Alucard instead provided aid from his shop. He managed items and knowledge, having collected both of his long reign in the library. Although ostensibly a minion of Dracula, the Librarian was more than willing to part with his information, and items, if Alucard had the coin.

The Master Librarian solidified a number of options that would become mainstays in the series after. He was a shopkeep, centralized and available at any time, with a variety of goods to sell and an inventory that would expand the deeper into the game the player got. He also provided useful hints and tips, helping players make their way through the game. And, finally, he'd provide information about all the enemies fought so far, aiding the players with this small bit of knowledge as well.

Curiously, the Librarian is the only shop keep featured in the true Metroidvania games who refused to buy back items from the player. While he would buy precious gems the players found, all other items in the inventory were stuck there, unable to be ditched, taking up space without providing valuable coin. This was a change that would be made with later shop keeps (like Hammer) as the series progressed.

You don't just have to buy from the Librarian, you can also steal from him. In the room directly below the character there's a hole in the ceiling. If you bash into him with the magic gravity jump you can bash into the Librarian's ass (well, his chair) and lift him up. Do this enough and you'll shake out prizes: a Life Vessel, the Axe Lord Armor, the Ring of Arcana, and, eventually, the Dracula's Tunic. Plus he makes a really funny expression, throwing his arms out, when he's propelled upwards.

Interestingly, in the puzzler/remake of Symphony, Castlevania Puzzle: Encore of the Night, the Master Librarian acts as a tutor for Alucard, guiding him through the introduction to the game. He's also an unlockable character to use in the game if played in Arcade Mode.

The Master Librarian is referenced in the Castlevania: Dawn of Sorrow sequel novel (of questionable continuity) Akumajo Dracula: Kabuchi no Tsuisoukyoku (aka Demon Castle Dracula: Reminiscence of the Divine Abyss or Castlevania: Ricordanza of the Gods Abyss). A fan translation of that novel is available here on The Inverted Dungeon.

Finally, the Master Librarian is also referenced in Castlevania: Lords of Shadow 2. Although he doesn't appear in the game, his notes do. As the protector of the castle's libraries, the Master Librarian gained much knowledge about the castle and the monsters within. His notes, found in the bestiary entries in the game, provide hints about how to defeat the monsters, thus in that way the character ends up filling a similar role to the one he held back in Symphony of the Night.