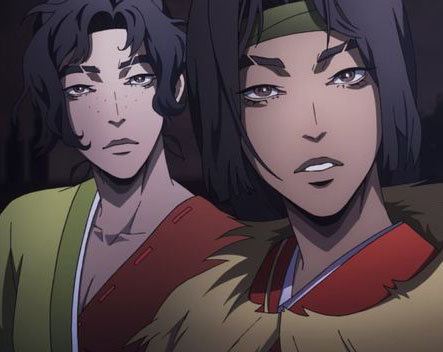 Most of the heroes that we meet in the Castlevania series are hunters that have gone through their training and are ready, and willing, to take on the dark beasts that lurk within the lands of Wallachia. Although the series has seen its fair share of non-Belmont hunters (at this point they vastly outnumber the actual Belmonts in the series), it's rarer to find actual apprentices in the series. Even those that are "training" have generally earned their stripes (and maybe their whip) and are ready for battle.

Sumi and Taka, introduced in season three of the Netflix Castlevania Anime, are the first true trainees we really see in the series. Although they have some skill in fighting (otherwise, as we'd see, Alucard wouldn't have taken them under his wing), they aren't at all ready to take on a vampire of any strength of caliber. There are true trainees, something of a novelty in the series, to be sure.

It actually would be interesting to see more trainees in the series, characters just learning the ropes, finding themselves as they learn to fight vampires. Hell, even young Maria Renard was a solid and capable fighter despite being a preteen (arguably she was even better than the Belmont in her first game). Wee need more trainees to show us what this part of the process is like. And, preferably, ones that don't go bad like Sumi and Taka. 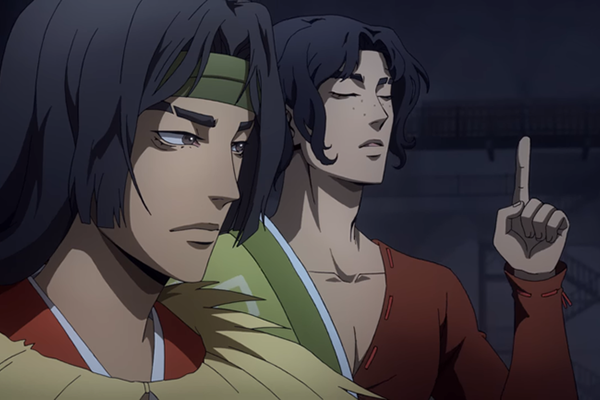 Introduced in the third season of the show, Sumi and Taka were young warriors from Japan who came to the ruins of Dracula's castle (which sat atop the Belmont keep after the events of season two) in search of the evil vampire warlord, Cho. The vampire lady had ruled their village (and the surrounding territories) with an iron (and hideously clawed) fist for many years before being called to aid Dracula in his war against all of humanity. Cho, though, had died in the assault of Dracula's castle (back in season two) when three heroes -- Trevor Belmont, Sypha Belnades, and Alucard -- had attacked, and killed, and the vampires within (including Dracula).

Learning about this, the two young heroes had changed their plans; instead of hunting Cho they wanted to train to protect their village from the next vampire threat that might have come its way. After a brief altercation when they revealed themselves to Alucard (or, more accurately, he heard them coming and disarmed them), they explained what they were doing on the grounds. Their words struck Alucard and he agreed to train them, to teach them all he could from the combined knowledge of Dracula and the Belmonts, and send them home ready to be the vampire hunters their land needed. Over the next week Alucard found himself developing a bond with these two young warriors, enjoying their company as it helped to break up his solitude. He taught them all he could, giving them the knowledge they were ready for but not pushing them too hard or two fast.

This pace, though, annoyed Sumi and Taka. They felt that Alucard had to be hiding something from them, that he wasn't going to share all the knowledge they were looking for, so they hatched a plan. Late one night they snuck into Alucard's bedroom and seduced him, fulfilling the longing he'd been feeling. But, as he reached a moment of ecstasy and let his guard down, the two hunters bound the vampire with magical silver wire, keeping him constrained. They planned to kill him and take all the knowledge and gifts of the castle and keep for themselves. What they didn't know, because Alucard simply hadn't revealed it to them yet, was that he had a magical sword he could move around with his mind; even though he was bound he could still summon the sword, and he did, slitting the throats of both Sumi and Taka (a moment he grieved deeply), and this caused the magical wire to let go, freeing him.

Saddened, Alucard went back to the life he'd led earlier, that of solitude. But the castle was adorned with two new decorations, the bodies of Sumi and Taka mounted on stakes outside the door to warn off any other interlopers curious about the castle. Alucard's solitude was to be strictly enforced from no on, and he wanted no visitors ever again.