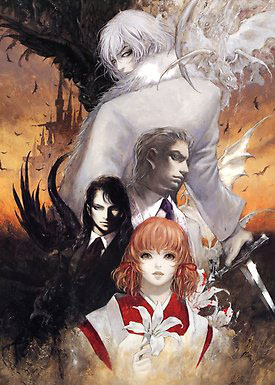 As per bits of story revealed in Castlevania: Aria of Sorrow (set during 2035 AD), in 1999 Castle Dracula once again returned to the world of men. Julius Belmont, heir to the Belmont clan and current keeper of the Vampire Killer, went to the castle along with a smattering of other heroes (including a religious order headed by the Belnades clan). During the encounter, both Dracula and his demon castle were sealed within an eclipse (how one goes about sealing something in an eclipse, a shadow across the sun caused by the moon crossing in front of it, is open for debate). Julius Belmont had his memory knocked out and was left with no knowledge of the events that had just transpired.

No game currently covers the events detailed here-in, although rumors were that, at one point, series lead Koji "IGA" Igarashi had desires to make a game about the events of 1999 AD. With the changing of the guard, and Konami's current development output for the series, though, it is doubt that, at this point, that a game will be released to detail it further.

It's also worth noting that while it was first assumed the epilogue section of Castlevania: Lords of Shadow took place in 1999 AD (as a nice parallel to the main series), it was eventually settled that the section in question happened, in fact, in 2057 AD in that continuity.