"Abbott and Costello Meet the Creature from the Black Lagoon" 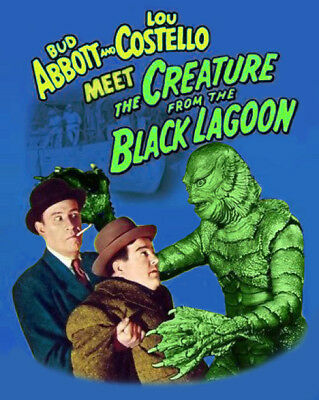 I've noted in the past (both here and over on Asteroid G) that I'm not generally a fan of the Abbott and Costello Meets... films. The movies generall don't have enough going on in them to hold my attention, and what jokes they do manage to come up with are largely beaten into the ground, over and over again, to fill the theatrical run time. They might have been popular back in the day but now they just feel like overly long sketches that don't go anywhere.

That might be why, where the films fall short in my opinion, the actual comedy sketch "Abbott and Costello Meet the Creature from the Black Lagoon" actually works well. It's a 12 minute sketch (give or take) that does exactly what it wants to do: have Bud Abbott and Lou Costello joke around and mug for the camera for a bit before gracefully making its exit. It doesn't have to have plot, or characters, or depth so long as it's able to make people laugh for a few minutes, and in that regard it works perfectly.

Setup as a way to introduce the world to the Creature from the Black Lagoon (aka, the Gill-Man), "Abbott and Costello Meet the Creature from the Black Lagoon" was one sketch produced in 1954 as par of a longer episode of The Colgate Comedy Hour on NBC. In the sketch, Abbott and Costello are planning out a sketch they'll present about the Universal Monsters, so they go to the Universal prop room, meet a prop guy (played by Bud's nephew, Norman Abbott), gets scared by a few things (a moving inkwell and floating cigarette, as if to indicate the Invisible Man was here, and then appearances from Frankenstein's Monster amd the Gill-Man). In the end, the plotting of their sketch is the sketch itself, and it's all very silly and fun.

When put into a movie, where there has to be a sense of world and a story to carry it all, I found Costellos reaction shots and constant mugging to be rather annoying. Here, though, where he's on a stage and can naturally break the fourth wall as an audience reacts, his shtick works perfectly. Vaudeville comedians at their core, Abbott and COstello really needed an audience to perform at their best. Their patter, their who way of doing comedy, could be accented by breaking the fourth wall and working a room. THat's great in a sketch on live television, but less imrpessive in a film. 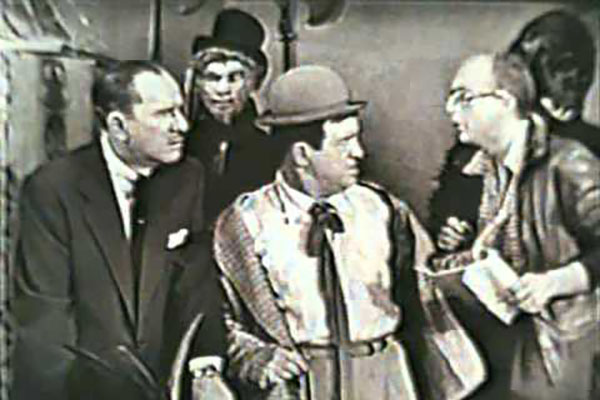 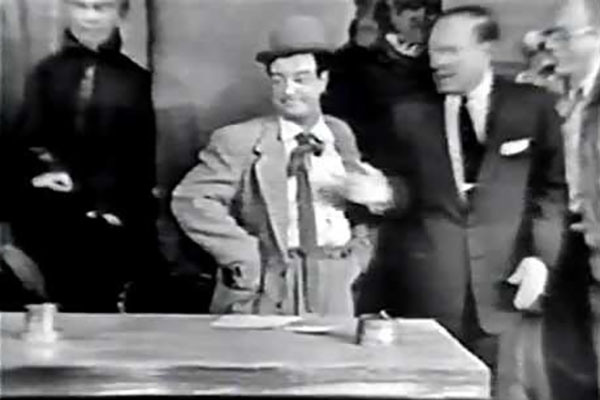 That's not to say there's a whole lot here, really. The sketch itself is pretty threadbare and relies on Costello's constant mugging to sell the material. Neither of the comedians really push themselves here, giving the same basic material they doled out in their various Meets films, but it works because it's such a short little bit of comedy. At twelve minutes it hits all the beats it needs to, bounces from one joke to the next, and then end, gracefully, right when it needed it.

As a showcase for the Universal Monsters, the sketch does work well. It nicely shows off a number of props, gets in a few good gags of ghost stories and the Invisible Man, and then goes to the big reveals of Frankie and then the Creature. Of the two seen monsters, Frankie gets more screen time (and more laughs), and you can tell from the audience that Frankenstein's monster is a big crowd pleaser (which makes sense since he'd had a number of films up to that point, including a crossover with Bud and Lou). His inclusion ws a no-brainer.

Served less well by the sketch, though, is the named monster: the Creature from the Black Lagoon. The sketch makes a big deal about how the monster will be revealed, having the prop master even name him, by name, so we can all anticipate seeing the Gill-Man. But then, when the creature comes out, it's at the last moment, just to get one last scare in on Costello, before we cut to black. You can tell the audience doesn't understand what they've just seen as, instead of the gasps and cheers that greeted Frankie, there's just confusion. Who is this? Why should we care?

I think if it a little more time had been spent on the Gill-Man this showcase could have done wonders for the character. This was his big debut into Universal canon and the audience didn't even understand what they were doing. They loved the comedians, laughed at the Invisible Man, and cheered for Frankenstein's Monster. But when it came time for the big reveal, it just didn't land. The Gill-Man arrives and no one understand the moment. A different monster, like Dracula, would likely have gotten a bigger and more heart-felt response. This was just the wrong way to introduce something new. 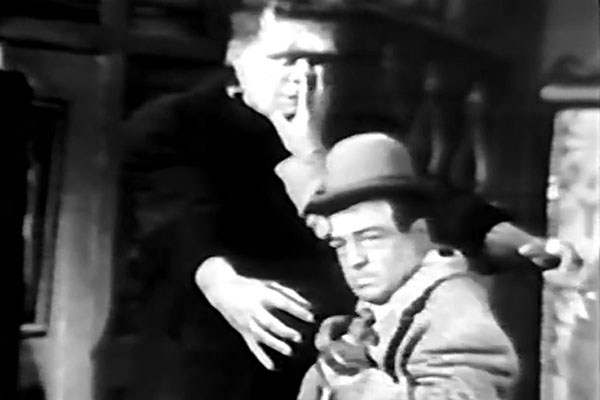 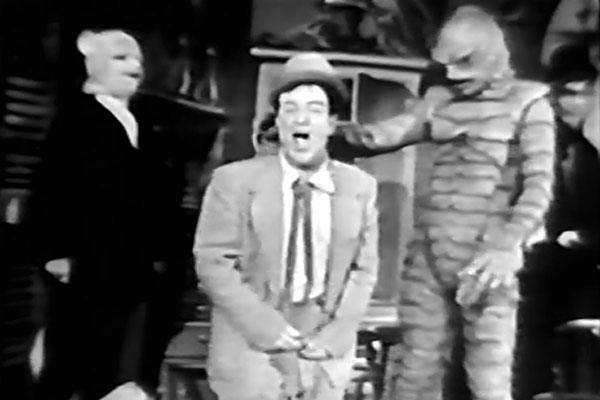 The sketch itself is funny enough, a pretty enjoyable way to spend 12-ish minutes, even now all these decades later. If you want to watch it, bootlegs do seem to be available online although you can also just watch it from free (in multiple instances) on YouTube. The episode is basically abandoned at this point, a bit of Universal ehempera that is barely talked about and only half-remembered. But it does stand as the first true reveal of the Creature from the Black Lagoon. Audiences may not have understood it at the time but this was a big moment.