The Creature Walks Among Us 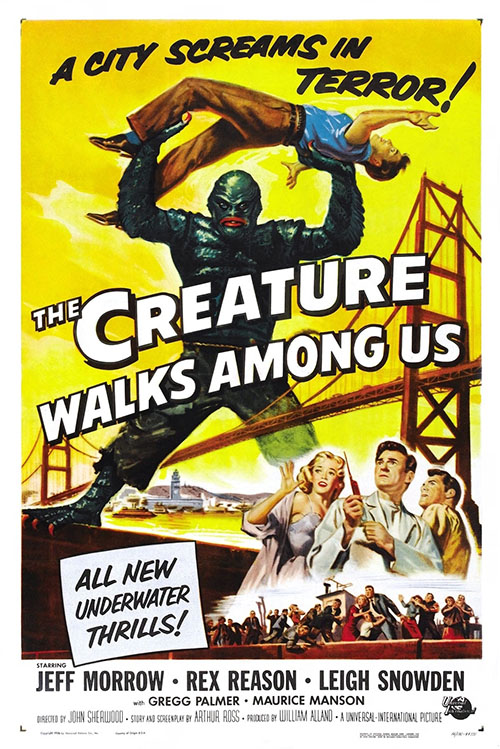 I feel for Universal Studios. Back in the day they have a really great monster they created on their own, the Creature from the Black Lagoon, and it's first film was a hit. Considering the production formula the studio was using for its various monsters, it was clear they needed to find a way to make a number of sequels (i.e., milk the franchise) for this monster. The problem is that the first sequel they came up with, Revenge of the Creature, was just a rehash of the first film all over again.

So I get why they went in such a different direction with the second sequel, The Creature Walks Among Us. The issue with this film isn't the story, which actually is quite different from the previous two films, but instead the fact that they drastically change the creature to the point that he's barely the same monster (and nowhere near as interesting). The studio found a new idea, but in the process they lost the thread of the Creature to the point where he no longer feels like the main character in his story, nor the monster we were wanting. This is barely a Creature film at all.

In The Creature Walks Among Us, Dr. William Barton (Jeff Morrow) leads an expedition to the Florida Everglades where the Creature was last spotted (back in the previous film where the ending of that film made it seem like the Gil-Man had been shot and killed). Now healed, the beast is one again swimming around, being his watery self. Barton wants to capture the beast because he thinks the Gil-Man could be more than just a Devonian evolutionary dead end. Instead, he believes that the fish man could somehow be forced to evolve on the fly, that his genetics (without using the word "genetics") could be the key to evolving Man into a future version of himself.

To prove this point the scientists try to capture the Gil-Man but only end up accidentally burning him nearly to death. His gills fused shut, the scientists perform a tracheotomy to open up the air passage to the Gull-Man's vestigial lungs, and soon the beast is breathing without the need for gills. This they causes the Creature to start evolving, sloughing off it's burned scales and growing more human-like skin. Soon he's more man than fish, and Barton is ecstatic. He's less pleased, though, by his willful wife, Marcia (Leigh Snowden), who has been getting far too many hungry stares from the men of the crew. Barton is a jealous man, but he might have a very rude awakening when the Gill-Man see Marcia and gets protective of the woman. Who could win in a fight between man and beast. 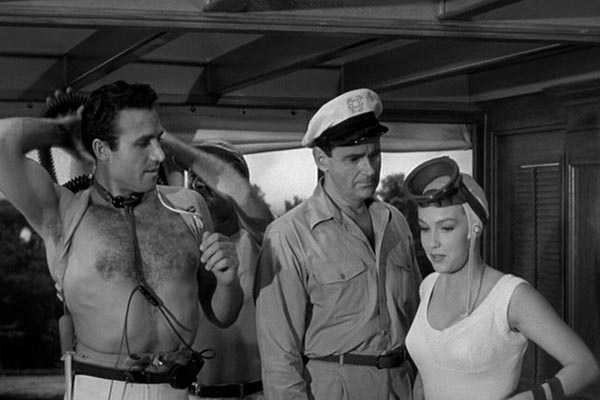 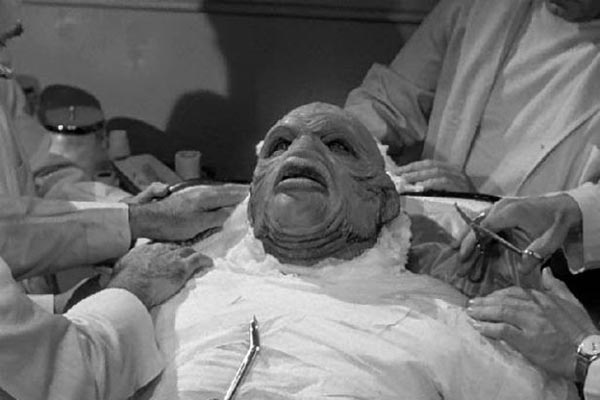 This is one of those Universal pictures where the "monster" in the film isn't the literal Universal Monster. Instead, Barton is really the bad guy here, with a story about a troubled marriage slapped over the top of a creature feature. Don't get me wrong, the marriage storyline is compelling, especially considering the time this film came out and how daring this story had to have been. The two actors, Snowden and Morrow, acquit themselves well in the story and do a good job portraying a marriage falling apart.

The issue is that this story detracts from the monster movie we came here to see. It's to such a degree that the Creature is an afterthought to the marriage drama. Most of the characters get involved in the spat between Barton and his wife, and then they have to awkwardly say, "oh, and while we're here, let's check in on the Gill-Man." Yes, the beast is laid up with burns over a bunch of it's body, but that's no reason to just leave him out of his story for long stretches of time.

And then, when they reach landfall, the Creature is placed in a big change and left there for the entire last act of the film. He doesn't try to escape, doesn't do much of anything except attacked when provoked. He's barely active in his story at all and the only reason Barton even dies at the monster's hands in the climax (remember, the monster always dies in these films and, in this context, the monster is Barton) is because he gets too close to the Creature after killing someone he perceives as one of Marcia's lovers.

Of course, the Creature killing Barton undercuts the marriage story. I doubt this is what the producers were going for, but it basically says that if a woman is in a loveless, hateful, abusive marriage, the only hope she has to escape it is if her rich husband finds a lost creature from the deep, brings it back to his estate, and then dies at its hands. What kind of story is that? It's a terrible ending for the film (especially since, once Barton is dead, the film just ends with no wrap up of the Creature's story at all). 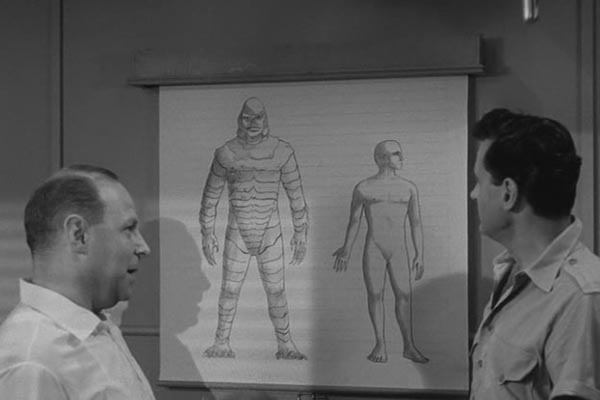 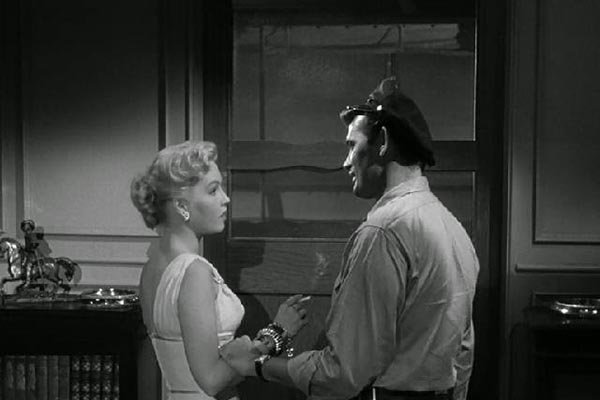 I'm all for Universal changing up its story structure and trying something new. I want to give props for them telling a story you don't normally see in monster films. At the same time, though, the Creature is an odd fit for this story -- he doesn't have much bearing on the plot, doesn't even have a proper ending of his own, and doesn't really act as a metaphor for the marriage itself falling apart. The Creature is here because they needed the monster to star in something and, somehow, this is the best they could come up with.

While we're here, though, I really don't get what they were going for with the Creature's makeup. Turning him into a mostly human beast made him less scary, less interesting. The movie treats him as an afterthought regardless, but a little more time spent on his transformation, what it meant for the character, would have helped his side of the story a bunch. Hell, much as I respect the marriage plot line, the Creature and his transformation should have been the only plot in this movie. Focus on the monster, not the men.

The Creature Walks Among Us is a noble, but failing, effort. It's good that they tried, but it would have been better if they tried something else.