Day of the Dead: Bloodline 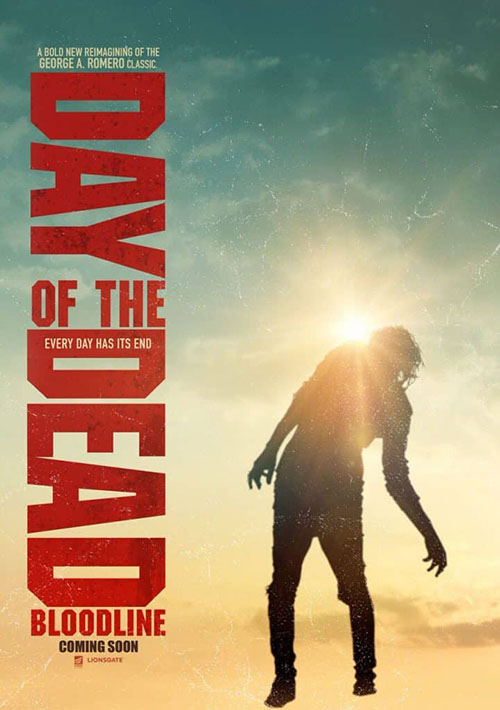 That said, I saw this remake right after it came out and, at the time, I hadn't even bothered with the 2008 remake. If I had seen that film first I likely would have been much kinder in my opinion of this film because, while it's not great, it's so much better than that awful direct-to-video disaster. This has a semblance of a plot. This tried to stick to at least some of the beats of the original film. This one actually does somethings that, if this film would have had a bigger budget and more talent involved, could have actually made for a pretty decent remake. Again, it's not good, but I can at least appreciate it for what it is.

The worst part of the film is certainly the opening section. Starting, for some reason, in the middle of the initial zombie outbreak, with our heroine, Zoe (Sophie Skelton), trying to get home in the middle of apocalypse before jumping back to earlier that day. We watch as Zoe, a med student looking to get into epidemiology, goes about her studies before meeting up with some friends at a party (don't worry about who the friends are as they all die). One of her med student tasks is to take a blood sample from the super creepy Max (Johnathan Schaech), a guy obsessed with Zoe, so much so that he literally carved her name into his arm. His blood is important, though, because it's resistant to disease and stuff. This is important as, during the start of the outbreak, Max tries to rape Zoe and then gets bitten while she escapes.

Now we time jump again to the main setting of the film: five years later, and at a remote army base. The base is under the command of Miguel Salazar (Jeff Gum) and his XO (and brother) Baca Salazar (Marcus Vanco). The base is setup as a last refuge for humanity, with a number of civilian families living and working there alongside the military bros. Zoe is there as well, working as an epidemiologist (a degree, remember, she was still working on at that start of the film). When the base runs low on medical supplies, she convinces the higher-ups to let her take her take a team out farther than they've gone before so she can hit her old school and steal supplies. But while they're there they find zombie Max who, lo-and-behold, is actually at least halfway sentient as his body is actually fighting the disease. Is Max the potential key to a cure? Can this zombie, still obsessed with Zoe, even be trusted at all? 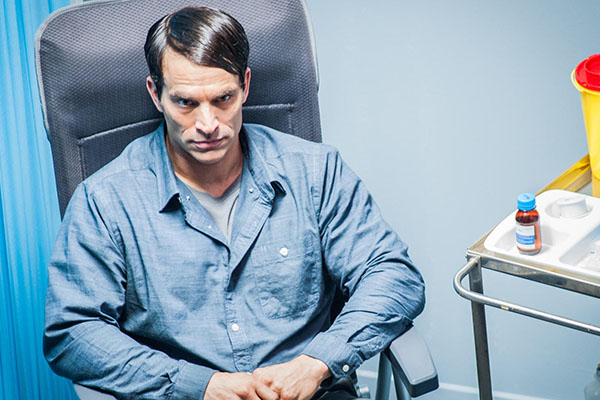 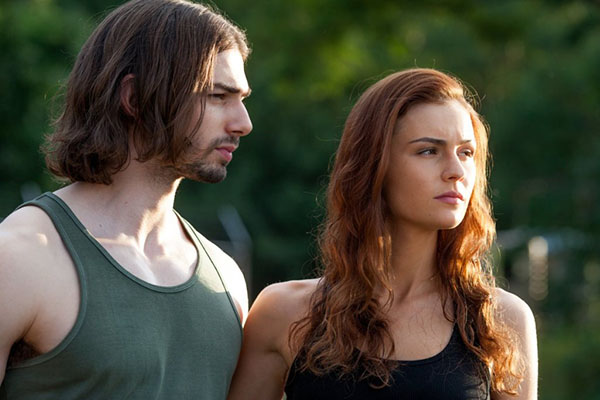 There are a number of flaws with this film, which we'll get to, but certainly the biggest issue is in the casting. Some of the actors are good, mind you, with Schaech playing a credible creepy dude and zombie and Vanco being at least halfway decent as a compassionate human being. The problems in the cast really lay at the feet of the heroine and her military commander (and semi-villain). Skelton ism, frankly, out of her depth trying to play Zoe. Due to what she went through, nearly getting raped and then fighting her way through the apocalypse, Zoe has some issues. Skelton, as Zoe, doesn't really capture any of them simply playing the character as dead and hollow the whole time. Not like an appropriate dead and hollow, mind you, just like the actress doesn't know how to convey emotions at all. On top of that, Zoe is supposed to be a super-smart scientist, but all the jargon coming out of Zoe's mouth sounds laughable at best, like she read the words but doesn't understand any of it.

Gum, meanwhile, is just as bad. His commander is supposed to be a hard-ass that, due to the terrible situation everyone has been in the last five years, is just this close to going completely insane. Like Skelton, though, Gum has no clue how to convey any of that emotion; his "crazy" is like a half-annoyed puppy and any time he tries to act mean and tough you end up laughing. It just doesn't work, robbing the film of one of its necessary villains. Thank goodness for Schaech, who at least plays his zombie well, as otherwise this film wouldn't have a heavy to balance it out at all.

The "race for the cure" plot line, meanwhile, is utterly stupid. The idea that someone might be resistant to the disease is smart, and I credit the thought that someone can be a zombie but also somehow be a little alive, as if the disease and the antibodies are fighting each other; that's a cool idea. The problem is that the film doesn't understand any of the needed science to go along with it. Zoe keeps telling people, "I can make a cure if you just give me a couple of days," but a cure like this, that would completely protect someone for a virus, can't just be whipped up in an at-home lab, like she tries, and takes more than a few hours in front of a microscope to make. They act like they can just insert Max's cells into someone else (without explanation, mind you) and that'll somehow instantly cure them; that's just not how it works.

This then leads to a big climax where Zoe keeps telling people, "don't kill Max," even after he escapes confinement and starts eating anyone that crosses his path. This lasts right up until Max chases after Zoe, and then suddenly she decides, "nope, I can just kill you." It's as if it only mattered to her if she was the one being threatened which seems distinctly against the Hippocratic Oath (but then, Zoe never got her degree so maybe she didn't take that oath). Even after this, though, she somehow still manages to whip up the cure in a few minutes so she can save her boyfriend, Baca, after Max bit him. With what supplies? And in how much time? It's utterly stupid. 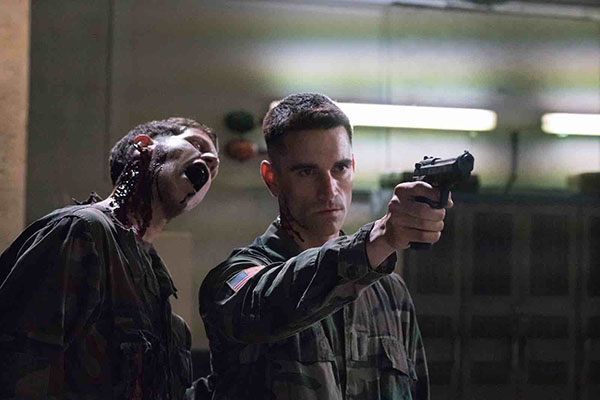 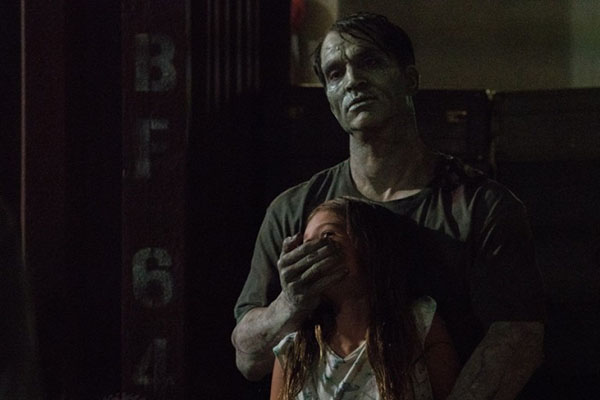 And yet, for all my bitching about the film, it was at least halfway watchable. The direction is competent, many of the side actors do a decent job with their performances, and there's certainly plenty of blood and gore to go around. None of it is as absolutely terrible as the 2008 remake, and sadly that's a bar I have to judge off of before I've watched that movie and I will never be able to forget it's wretched stupidity. By comparison, just about any zombie movie is going to look like Shakespeare.

I can't really recommend Day of the Dead: Bloodline -- if you want to watch Day of the Dead, just go back and watch the far superior 1985 film. If this movie had been named something else it certainly wouldn't spark the comparisons to the original and, just maybe, would have been better received by audiences (this is a film that only cost $10 Mil to make and couldn't even recoup $700k at the Box Office). But without that name, of course, no one would have bothered seeing it at all. It's another below-average zombie film taking up space on a shelf, nowhere near as good as it's namesake but at least an improvement over what came right before. If you have to watch it you probably won't be too offended, I just have to wonder what would drive anyone (other than a reviewer like me) to want to watch this fairly inferior remake.