Night of the Animated Dead 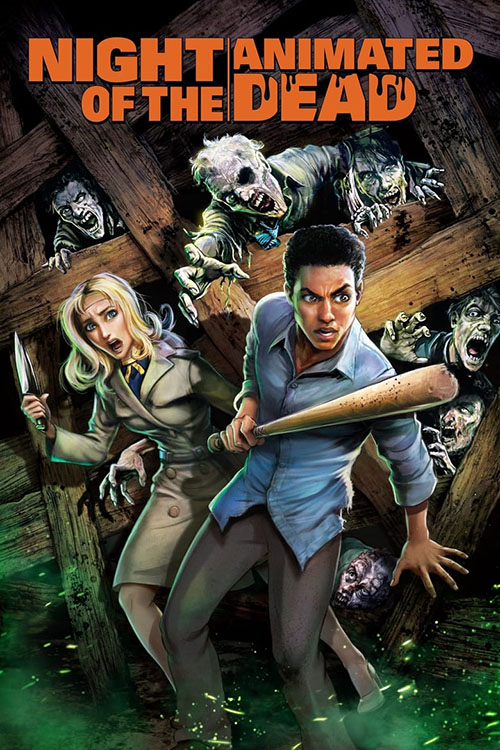 Due to the way the copyright worked for the original 1968 Night of the Living Dead (as in it didn't work at all due to a very major screw up), that classic zombie film has existed in the public domain pretty much since the day it was released. No one really saw any money from that movie when it initially came out and the film has since gone on to be showed by everyone, and included in every middling horror set released on video and DV as if to give those collections credibility. "Look, we have this classic. These movies are all good!"

Thing is, because the film is in public domain anyone can make any remake or sequel to it they want. Actually making a proper remake got a little harder with the release of the 1990 version of the film as that film had a proper copyright. While people were free to play with Night they had to specifically avoid any of the changes that the remake made or they would violate that copyright. You'd have to be creative to find a new take on the material if you wanted to do something fresh with Night of the Living Dead.

Or, I suppose you could just do none of that and make a very literal remake of the original version. I mean, who's going to stop you, right? That seems to be the impetus behind Night of the Animated Dead, a remake done, as the title says, in animated form that basically keeps everything else exactly the same about the original film. This has got to be one of the laziest remakes of a film I'm ever seen as the movie adds nothing, not one real thing, to the film that came out in 1968. It's just that script, again, set against cheap animation. If that's your thing then I guess this film would suit you but, frankly, I don't see the point in this film with the original movie exists.

As in the original film (as this is the exact same script) we meet Barbara (voiced by B-movie horror icon Katharine Isabelle) on her way to her father's grave site along with her brother Johnny (Jimmi Simpson). Naturally, while they're there the two get attacked by a zombie. Johnny goes down, brained against a grave marker, and Barbara runs screaming off into the night. She ends up at a farmhouse where she finds an unlocked door, but inside she finds a couple of dead bodies, screams, and runs back outside. 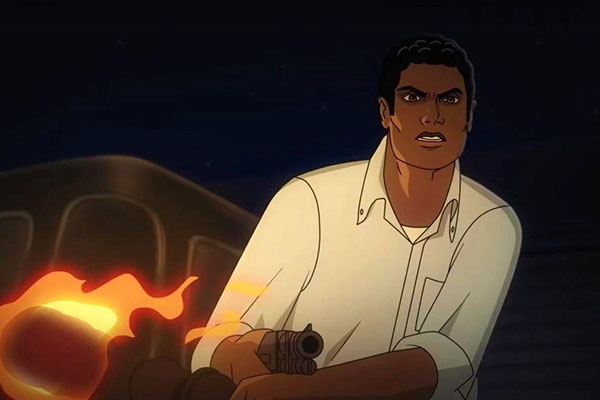 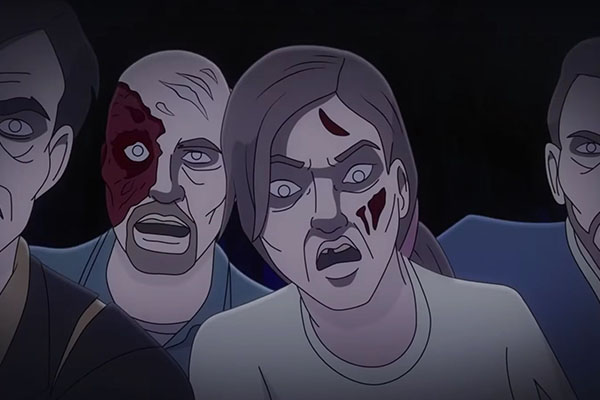 Before she can flee completely up pulls Ben (Dule Hill) in his borrowed truck. Ben had his own encounter with the dead and drove off into the night looking for some kind of shelter. Finding the farmhouse, and Barbara, he decides this place is as good as any starts the work of boarding it up. Soon, though, they find other survivors in the basement: Josh Duhamel as Harry Cooper, Nancy Travis as Harry's wife Helen, James Roday Rodriguez as Tom, and Katee Sackhoff as Tom's girlfriend Judy. Tensions flare between Ben and Harry over what to do in the house, and the yelling only attracts more zombies. Soon the survivors have to decide if its better to hide in the farmhouse or try to find some other escape before the building is overrun and they're all eaten by the dead.

As this is a straight adaptation of the original script there really isn't much that's new or surprising here, at least not in a good way. All the beats of the original movie play out here, note for note, just like you expect. The few times the movie tries something different, such as giving us a flashback as Ben narrates how he got to the farmhouse, the film does so little with it that you'd be hard pressed to notice or care that the footage was "new". I know because I've seen all the Dead films over and over, but your average horror watcher wouldn't likely care.

Beyond the laziness of the story (lazy as in it doesn't even try to do anything new) there's also the fact that the movie looks like utter crap. Released by Warner Bros. but produced by The Long Game, this film is beyond cheap looking. It looks like if you took the animation style of Archer but didn't spend nearly as much time, energy, or effort on the art style. The animation moves as a visibly chunky pace (like it was done at 12fps but then put into a 30fps film), the art is atrocious, and everything looks like it was done as quickly as possible to get the film out the door.

What's worse, though, is how it wastes all the actors involved. This film has a murderer's row of talent, from horror icon Katerine Isabelle (who starred in, among various horror films, the Ginger Snaps series) to both of the leads from Psych -- Hill and Rodriguez -- to Jimmi Simpson (who is great in everything he's in, normally) to Katie Sackhoff (another genre icon in her own right). And yet none of these stars deliver anything even approaching a good voice performance. I don't know if all these actors signed on thinking they'd be doing a good animated film only to then see what was happening and they all gave up, or if maybe the director just didn't know how to get good voice performances, but ever single person in this film is uniformly flat. It's just sad. 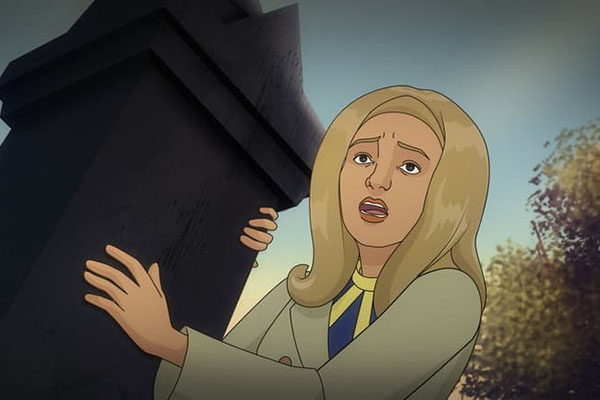 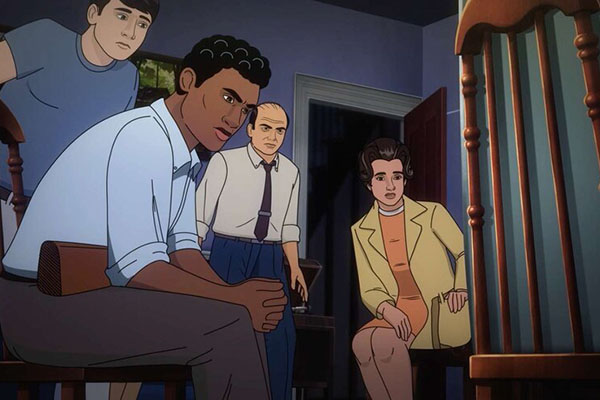 An animated zombie production could work, and hell zombies work just fine in video games (which are all animated). A movie with higher production values, and a director that knew what they were doing, could have cranked out something watchable (if not good). All the bones were here (some pun intended) to make something to live up to the original. Night of the Animated Dead is not that film and should, in fact, be avoided by anyone that has any affection for the original film. This is just a waste of talent, time, and money all around.