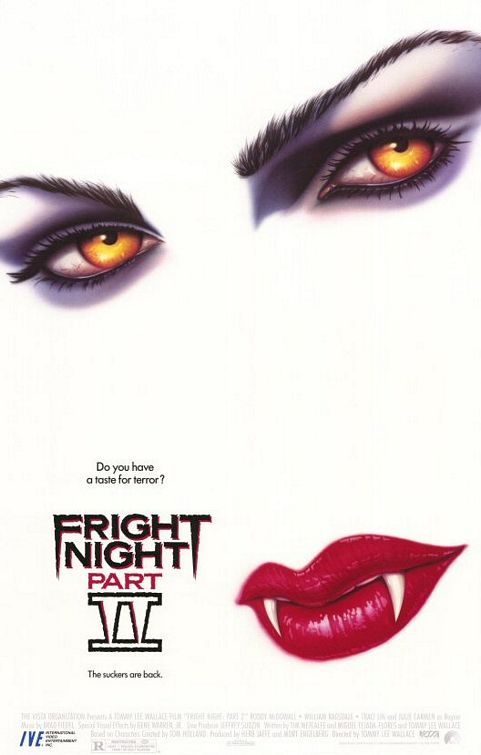 Charley (William Ragsdale) is back and, for whatever reason, believes that everything that happened in the first film was all a bad dream (this despite being the only person in the original movie to believe in vampires for most of the runtime). While Peter Vincent (Roddy McDowall) keeps bugging him to talk about what they went through, Charley just wants to go to college and movie on with his life. Things are about to get complicated, though, as a new kiss (or coven or whatever) of vampires has moved into town, and the lead vampiress, Regine Dandrige (Julie Carmen) is out for revenge against the boy that killed her brother (Jerry, the vampire in the first film). Charley is going to have to start believing, and doing it quick, before Regine gets her revenge on him and everyone he knows.

I'm not sure why the producers thought it was a good idea to essentially set us back to a blank slate on the whole "vampire issue" at the start of this film. Anyone willing to see a second Fright Night clearly already knows there are vampire (or, at least, some kind of monsters) in the film. Making the character imagine they don't exist simply slows down the pacing of the movie as he now has to get back up to speed again, wasting a good chunk of the early part of the film. This is only compounded by the fact that the script constantly has Charley doubt Petter, then Peter doubt Charley, then back, then forth, with neither of them believing when the other says there are vampires around. You both fought them, just get over yourselves guys.

And the pace is already bad enough as it is without Charley and Peter dicking around for half the film. The movie really takes its time getting to any good stuff, dragging its feet through the introduction of the characters, the vampires, the setting. On and on we watch Charley go about his life with a bunch of characters we don't know, forcing us to decide if any of these people are worth it when, more than likely, they'll all die at the hands of vampires (and a few of them do). If the whole first act could have been rewritten, tightened up, it might have made the story work a bit better, or at least flow more quickly.

Not that tightening up the story would have helped the vampires out. This lot is just really sad, lead by the boring Regine. Her story could have been interesting -- out for blood over the death of her brother -- but it never really feels like she cares about anything she's doing. Julie Carmen does her best "vamping it up" act, but she's just not an interesting actress, looking more bored than seductive. A female vampire as the lead is cool as it reverses the dynamic from the first flick (with Jerry going after Charley's girlfriend). Done right, this could have really flipped the film around, or at least made Alex (Tracey Lind), Charley's current girlfriend, into a heroine. The movie flirts with the idea of giving any of the women actual things to do besides lust after Charley and then stand around bored, but then it never commits to it. 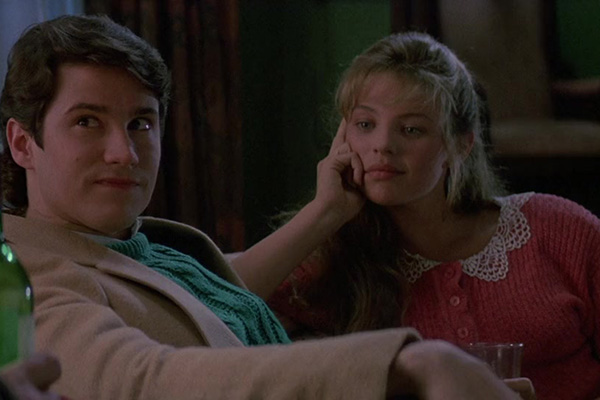 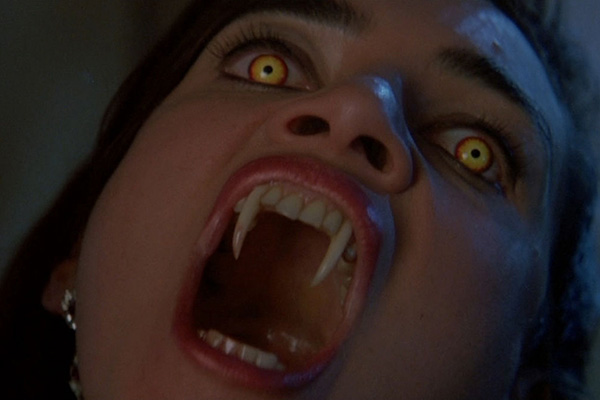 The rest of the vampire pack don't fare any better, though. Two of them are actual vampires, although one of them is more werewolf than vamp, and that's never explained. The other is a roller skating vampire, which is a dumb to watch as it sounds. Neither of them are scary, or funny, and I'm hard pressed to imagine why they were included in the film besides to simply pad out the runtime.

Even the delightful music from the first film is implemented poorly here. Gone are the deep, crunchy guitars, with more emphasis on synths. It's a lot of background noise without any decent tracks to carry through. This is only compounded by the fact that the main song from the first film, the song that helped to spike tension into various scenes, is only used twice in this sequel, and even then not in tense moments. The soundtrack is a total waste this time around.

I've seen reviews only saying this film was a lost gem, a hidden treasure that disappeared too quickly from cinemas, but I just don't see it. I went in hopeful that this movie might have actually been better than I remembered it (from the last time I watched it, years ago, for this site), but I ended up just bored and annoyed. These are great Fright Night films in the franchise. This is, sadly, not one of them.