The Howling V: The Rebirth 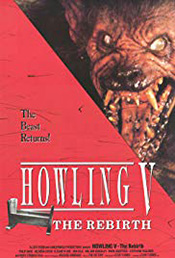 We open in the past, 500 years ago, where the denizens of a castle suffered a brutal attack by, seemingly, a werewolf. Flash forward to the present (well, present as of 1989) where a bunch of people have been invited to tour the old, musty castle after it's been reopened. Wouldn't you know it, though, but a werewolf is once again stalking the halls of the castle and the guests, one by one, get picked off as the beast makes its rounds. Can anyone in the party figure out who the werewolf is and stop them before they kill again?

The best and kindest way to describe The Howling V: The Rebirth is "forgettable". Of the films in the series it's by far not the sloppiest made (the sixth one, The Freaks is laughably bad even by comparison), but it's not very good. It's competently shot for what it is (a low-budget, eurotrash, direct-to-video release), but nothing about it will lodge itself in your brains for any length of time.

Much of that is simply because you barely get to see any action in the film at all. After the initial opening sequences, much of the film takes place in the single castle location, effectively making this a bottle-episode. Any time the werewolf is glimpsed it's from a "wolf cam" perspective, and then the film cuts away before the gore happens. All of this, of course, was done to save money since the film has almost no budget. What it means, though, is that there's nothing to really hook you into the film since any promise of action, or gore, or even just kooky werewolf transformations, is cut due to budgetary constraints.

Worse, though, is the laughably bad "mystery" the film tries to convey. Someone in the cast of characters is the werewolf, which would be a fine hook if there were any actual clues dropped. There's no real explanation given for who the monster could be, no reasoning given, no hints at all. When the killer is actually revealed at the end of the film it only "makes sense" because they're one of the last people alive. We're not given anything to work with, so the hook of a mystery can't actually play out. 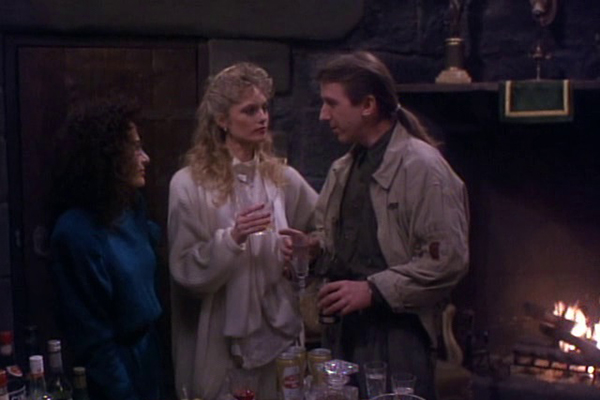 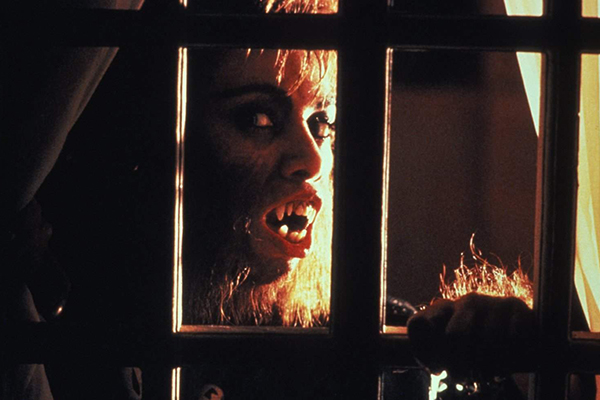 Of course, it doesn't help that the cast is uniformly mediocre at best. This is a collection of actors best given to stilted line readings and awkward performances. Clearly most of these people were all the producers could afford, a collection of one-time low-budget stars and z-grade soap opera actors. They take the movie and do whatever the exact opposite of elevating it would be. You can't care about any of the characters, or the story from them, because none of them are performed like anything near a real human being.

At this point it feels like beating a dead horse to say "this Howling movie is bad", but we're now over halfway into the series and they just keep getting worse by degrees. Watching through this series is like death by a thousand poorly produced cuts and there's still three more to go. Do yourself a favor and skip this movie... and maybe the next one. Or, better yet, just don't start watching this series at all. You don't have to suffer the way I have.