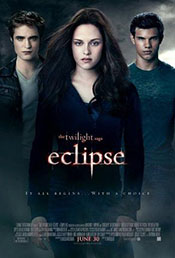 As we well know by now, three movies in, Bella and Edward are in love. Their love, however, is not the main plot of the story. No, instead we turn to Seattle (of which, apparently Forks, the central location of these movies, is a distant suburb). There, a missing teen, Riley Biers, has been turned into a vampire and, for the last year, has been building an army of newborn vampires. Their goal is to attack the Cullen family and lay waste to them and, presumably, all of Forks in the processes. But is there a deeper motivation to this planned attack and who is responsible for turning Riley in the first place?

It's amazing what a difference a villain makes. The previous movies were largely about love and the characters swooning for each other (badly, since the acting in these movies is pretty wretched for no good reason). Sure, there was a (largely forgettable) villain near the end of the first movie but the movie wasn't really about him or his actions. Here, though, evil Riley being evil is always in the background of the story. The characters have to do this or handle that because Riley could strike any time now. If nothing else this aids the pace of the movie and helps Eclipse be the most light and agile of the movies so far.

As I've noted in my reviews of the previous films, the real weakness of these movies is Bella and Edward. As before, Kristen Stewart here is just so flat and unlikeable that the entire movie gets sucked in my her awfulness. Thankfully, having someone else (some other plot than just Bella and Edward) to focus on aids the story, but having a Bella that's basically an emotionless void seriously hurts the movie. In honestly think the problem is just that Stewart can't engage with the character (maybe she finds all this silly which, really, it is because these movies are pretty dumb). Whatever is the case, she turns is another boring performance as Bella.

Edward fares somewhat better here if only because he's no longer having to play the creepy stalker. He's still too over-protective and the movie allows him to make every decision about Bella. Now that he's won the girl his every second is devoted to her which, I guess, would be sweet if he hadn't been a manipulative jerk for two movies before this; it casts a foul taint over his actions. All that wouldn't be an issue but, as with Stewart and Bella, Pattinson still doesn't seem to be able to engage with his character. I didn't hate him as much this time around but that's not exactly a glowing endorsement of the character or the actor. 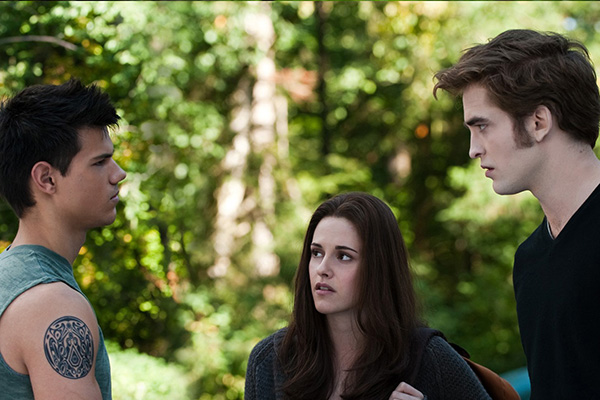 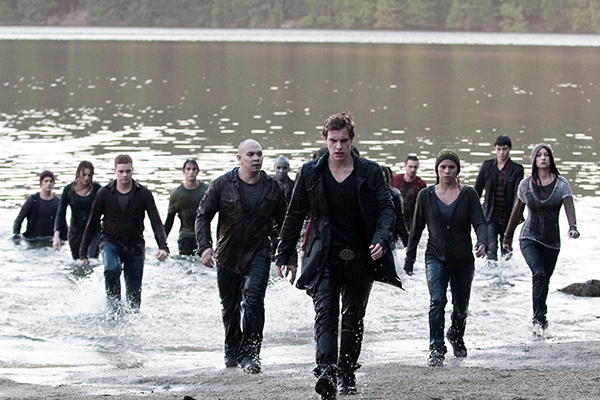 Lautner, as Jacob, does turn in his best performance in the series yet. His scenes are better paced, better acted, and more engaging than anything dealing with Bella and Edward. He has a whole plot line about giving up his role of alpha in the pack and all the politics he's gotten himself embroiled in. It's not deep, certainly (since nothing in these movies is very deep as they pretty dumb), but he sells the material he's given and that's not nothing.

The movie then, wisely, gives us a big climactic fight to end on. It's decently placed and filmed -- this isn't anything as good as a real action film maker could do (Michael Bay's Twilight would have had a much more impressive climactic fight while also being even dumber for the rest of the run), but it is watchable.

And I think that's what sets this film apart from the previous two I've forced myself to sit through: this movie is actually watchable. It's not a slog, it's not painful, it's just... decently put together. I doubt I'd ever go out of my way to watch it again, but on the whole this has got to be a high mark for the series. It's actually a film, one you could say "yeah, I saw that" and not feel entirely embarrassed to admit it. Not entirely.