Review and Overview by Mike Finkelstein 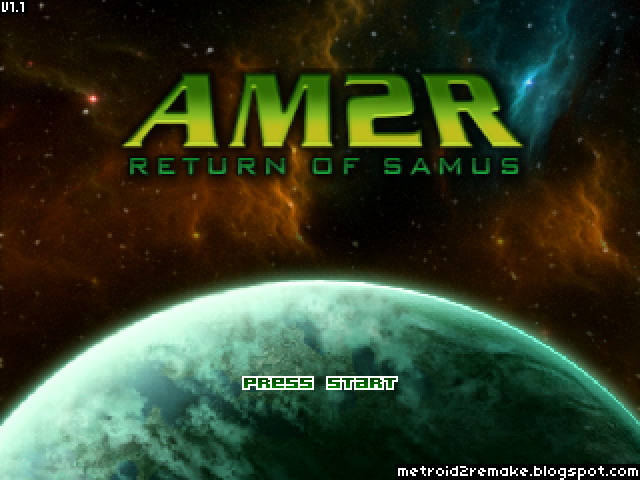 As we touched upon in our discussion of Metroid II: Return of Samus, there were two prominent remakes of that Game Boy classic. The official one, released in 2017, was the 3DS exclusive Metroid: Return of Samus. Meanwhile, the year before that release (and publicly in development for years before that), another remake came out, the unofficial fan game AM2R: Return of Samus. Out for a single day before it was taken down by a DMCA notice, AM2R was hailed by fans as not only a solid remake but also a great continuation of the Metroid series that, also, modernized one of the oldest titles and made it a game worth playing once more.

Of course, development of a fan-game like this is a legally grey area and Nintendo has not been shy about enforcing their Intellectual Property rights and shutting down fan projects. We're also not saying that Nintendo was wrong to shut down AM2R (although maybe they could have done it sometime in the years before the game was released, saving the developer some pain in the process). The Metroid series is Nintendo's property and if they want to shut down a fan production they are absolutely within their rights to do so.

The game did make it out into the wild (and even, to this day, has a thriving, of low-key, fan community continuing to work on the project). We at the Inverted Dungeon did manage to play the game a bit, having snagged a copy of it during the period where it was easily accessible. While we can't link to it in any capacity (so don't ask), we are allowed to at least discuss it, talk about how the game worked, and look at all the things the remake improved over the original game in the process. This is a review of the title from its original release candidate, so while newer features have been added, we won't take those into account (with respect to Nintendo's C&D against the original game).

Developed in GameMaker, AM2R looked to fully modernize the original Metroid II taking, in the creator's own words, the fast-paced play style of another Metroid remake, Metroid: Zero Mission, and mixing it with the solitude and ambiance of Super Metroid. What came about was a game that looked similar in execution to Zero Mission, that took the original story and concept of Metroid II and added on more and more until only the bare skeleton of the game's layout was all the resembled the original product. 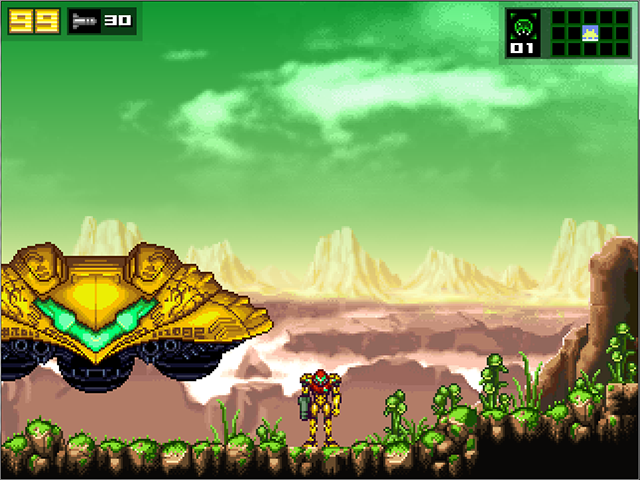 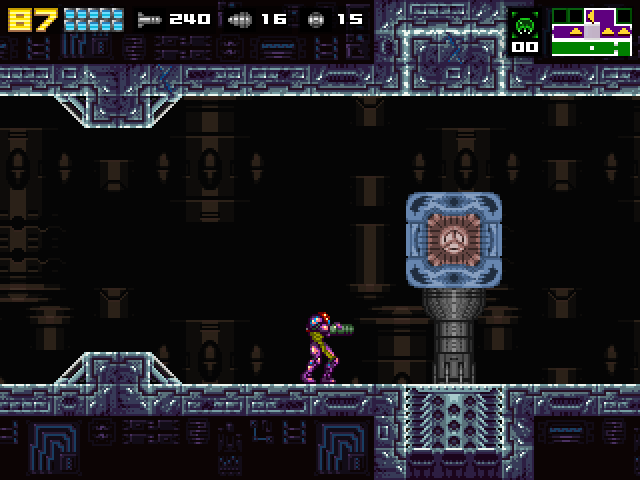 Seemingly built off the art assets for Zero Mission (at least at first blush), AM2R is a gorgeously realized game full of detailed pixel art. In my opinion, while the 3DS Metroid: Samus Returns is a pretty remake, that game's 3D art assets lose something essentially "Metroid" in the translation. While I fully recognize that 3D graphics can work in a Metroid game, there's something about the classically rendered pixel art, the crisp detail and the vibrant coloring, that 3D assets can never quite match. For a remake of Metroid II that keeps to the same 2D platforming aesthetic of the original, 2D sprites are absolutely the way to go, and AM2R does it right. In execution, the game is an absolute stunner.

The music, too, is top-notch. Taking not only the few sparse tracks from the original game and remixing them (in most cases improving them in the process as some of those original tracks were horribly dissonant), the game also revisits songs from previous entries in the series. The soundtrack is crafted with call-backs and familiar tunes, a feast of the ears for fans of the series. This was a game that looked and sounded like a real title in the series, a loving work that tried to pay respect to what came before and be of-a-piece with the beloved series, up to the same quality as the real titles.

The game play, too, is improved from the original. The game has the same essential plot -- Samus is sent to SR-388 to wipe out the metroid species -- but the whole of the planet is better fleshed out. Each of the zones is given its own feel, with different technology and functionality behind the various area, avoiding the "samey" feel of all the zones Metroid II suffered from. New zones are also included, forcing the players to go into places they don't already know by heart, changing up their perceptions of the world and making them rethink their strategies. This also makes the world feel more lived in and realized, an improvement that drastically expands and enhances the original title.

Plus, the story is fleshed out better, even if it's only in log entries. Taking a page from Metroid Prime, Samus has a log that will fill up with details about the world, from the original purpose of the various zones she explores, to the creatures that inhabit the terrain. It's all optional to look at, but it allows players a chance to explore as much of the background of the world as they like, giving them a better understanding of the planet as a whole. It's not force fed to you, but if you want to experience it, the story is a welcome, low-key addition. 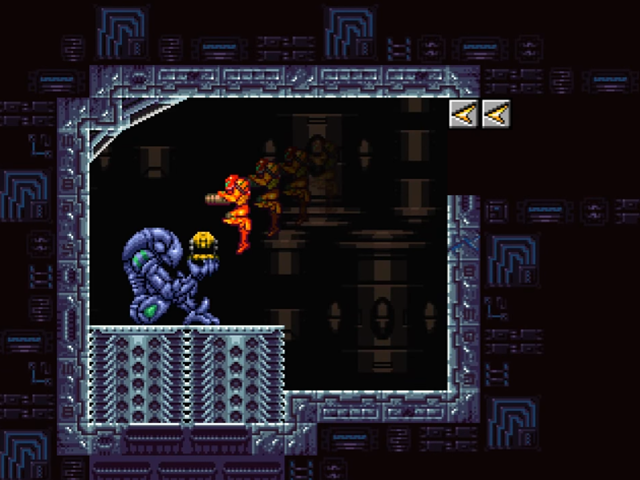 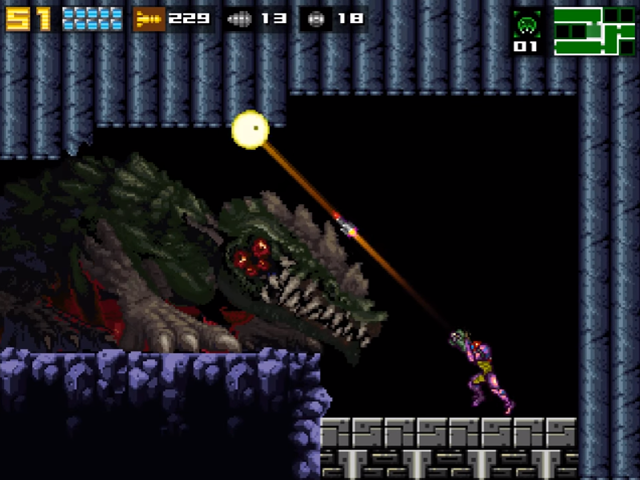 The remake isn't perfect, though. Some of the controls are a little twitchy (just get any speed-runner to lament the weird mechanics of wall-jumping in this game). While the players can choose their various control options (with schemes from across the series), some things still have little errors here and there that don't work quite right. And since production of the game is shut down, any improvements that were planned for future released of the game are never going to happen. Yes, sure, the fans have continued doing work on the title, but that's all unofficial (and legally questionable). No matter what, he game is never going to be quite as finished as the creator would have liked (as he's no longer working on the project at all).

And, of course, that's the problem with a fan-game such as this. Productions of this nature are always subject to the whims of the game company that actually owns the IP. While AM2R actually managed to see the light of day, it's still an unrefined fan-game of nebulous legality. As good as the core game is (and it's really good, while a little tweaking could have made it near-perfection), it's still a fan-work and essentially unfinished. You can play it, beat it, and enjoy it for all it's work, but the little flaws here and there will probably seem pretty glaring once you get used to them (even with further fan improvements included down the road).

AM2R was a work of fandom, a love letter to a under-appreciated game. It was great to get a remake of the classic Game Boy adventure, just like it was great when Nintendo eventually released their own iteration, Samus Returns. And considering the fact that the latter version is actually a legal remake, in the end, we have to consider it the better game over AM2R. I like this production, but it's nebulous legality keeps me from ever considering it a full-fledged entry in the series.