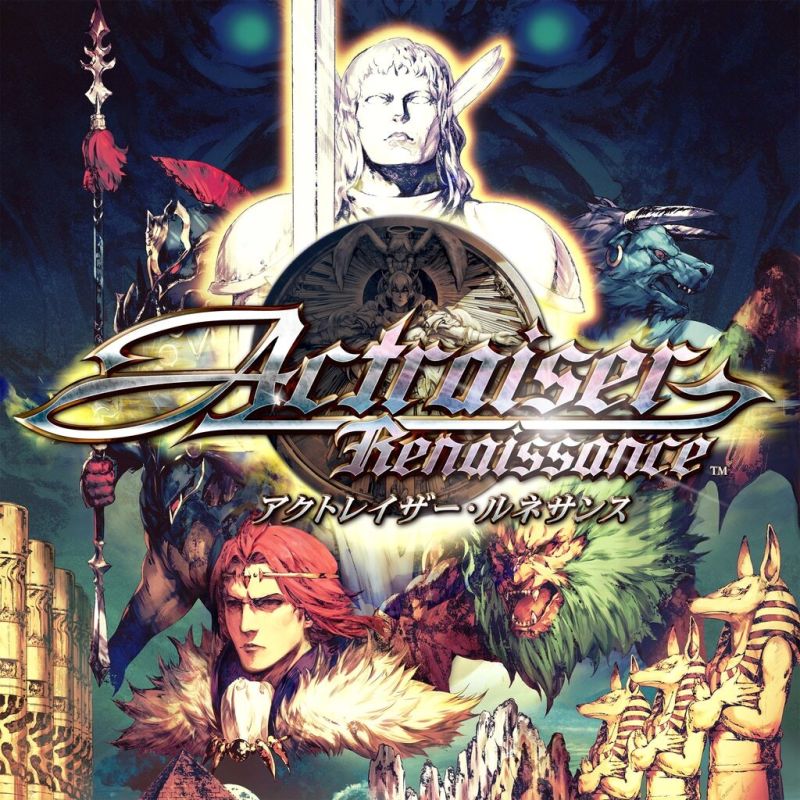 Square Enix has a habit of revisiting their old game and remaking them for "modern" audiences. You could see that in all the releases of the various Final Fantasy and Dragon Quest games the company (and, before their merger, companies) published from the SNES onwards, and they've never really slowed down that pace. Remakes for those franchises are expected, but the company going back and revisiting and IP they hadn't even touched since 1993 (with Actraiser 2) was a tad more surprising. Of course, that sequel had been a failure, critically and with fans, and Enix buried it (after it was their demands that ruined the second game). Still, any fan of the classic SNES era had to feel a little thrill when a new Actraiser was announced.

Calling it a "new" game in the series is both true and not true at the same time. The game is, at its core, a very loose remake of the original Actraiser. Renaissance takes the bones and the structure of that game, putting the player through levels and zones that seem familiar at first glance. So, yes, that does mean that the player will start off in Fillmore before heading on to Bloodpool and parts farther out. They will fight their way through a platforming-combat level before taking over guidance of a town, and they'll lead that town through the throes of civilization before a new demonic threat appears that, via more platforming combat, the player will have to deal with the save the town and end the zone. That's all basic Actraiser.

Where the game diverges is in the details. The platforming levels have been remixed some, making the stages longer, adding in more diversions to explore, and throwing in some mid-bosses that didn't exist before. The combat of the original game was rich, and frankly it wasn't what people groused about in the sequel (as the sequel was all combat), so giving this part of the game a little more focus isn't a bad thing. Even once you get into the town combat there will still be mini-encounters in this same style as you clear out each demon portal. I liked all this and while the extra platforming content was a surprise, it didn't leave a sour taste in my mouth.

Heck, I even liked one new tweak that added to the basic combat: crystals dropped by the enemies that will steadily boost up the player character over time. These crystals are temporary, only lasting while the player is in a stage, but they'll amass for boosts that level up the hero, from a 20% attack bonus, then a 20% magic bonus, up to the fifth level where the hero gets an 100% boost to both plus a bonus resurrection that effectively acts as an extra life cashed in right then (that prevents the hero from being sent back to the last checkpoint). Considering the bosses have all been changed up with new patterns, and sometimes unavoidable attacks, this extra power (and the bonus mini-life) is really nice. 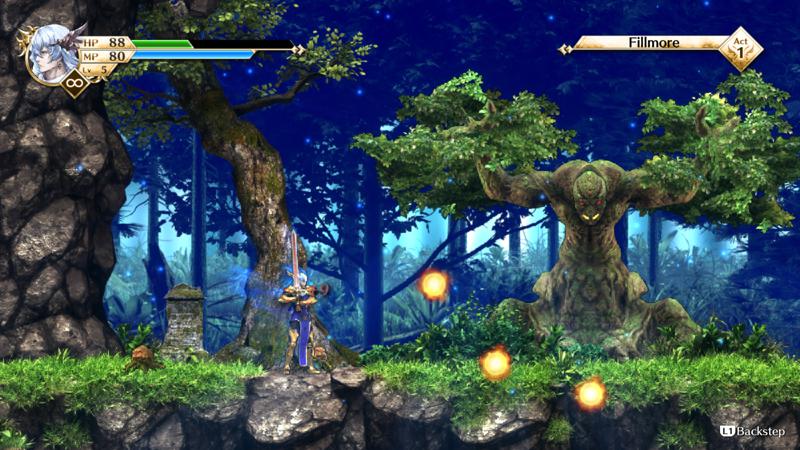 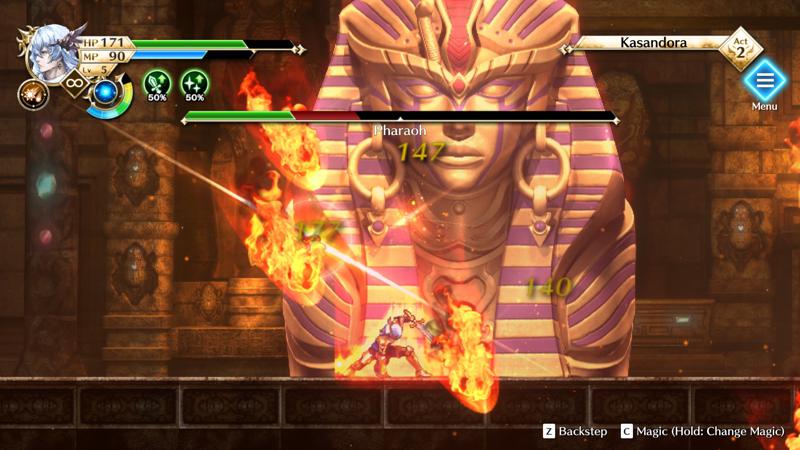 No, it's in the town building that the game loses its way. I feel like we all made a wish on the monkey's paw, saying, "man, I really just want another Actraiser that restored the town building bits," only to get... this. Technically everything that missing in the sequel is back here as you do, in fact, craft a town once again in each of the zones you visit. The balance of how everything works, though, is completely off. You get to make towns but while there's more make-work here it actually feels like it has less of a direct impact on the hero.

For starters, now you don't just guide the town, fighting off flying demons that attack with your cherub (as in the original game), but you also have "City Siege" battles you have to deal with. These amount to very minimalistic RTS-style battles where you guide a hero around the town, attacking waves of monsters while these same monsters try to destroy the town and kill its central temple. This part of the game is, well, a slog -- the combat here is really slow and while it's never hard it is easy to miss some pack of monsters or some clause that could cause defeat for your town, leaving you scrambling. It's not fun, that's for sure, and these battles take longer than most of the rest of the game. They are, also, completely unavoidable.

In the original game you could build out the town, telling people where to send their roads, and once they hit upon a demon portal the towns people would rise up and seal it immediately. If you knew what you were doing you could get a town protected quickly and then spend however long you wanted building out the town and crafting its people. It was like an action rush before you got to kick back and enjoy some SimCity. That whole balance is gone now due to major change: your people can't seal a demon enclosure until the city's population is high enough (and once some other plot points have been met). That means you have to move at the game's slower pace no matter how practiced you are at the game.

Once you finally get your people to seal a demon enclosure (and you only get to do one at a time) then you have to wait again. First you wait for the game to interrupt you with cut-scenes. Then the town defense part of the cycle happens, then there will be more cut-scenes, and then you get to build the town for a while before you're finally told you can seal another demon enclosure. Then you get to repeat that whole process again -- cut-scenes, town defense, cut scenes, and waiting. Over and over, for each demon enclosure, in each town, across the whole game. It's just tedious. 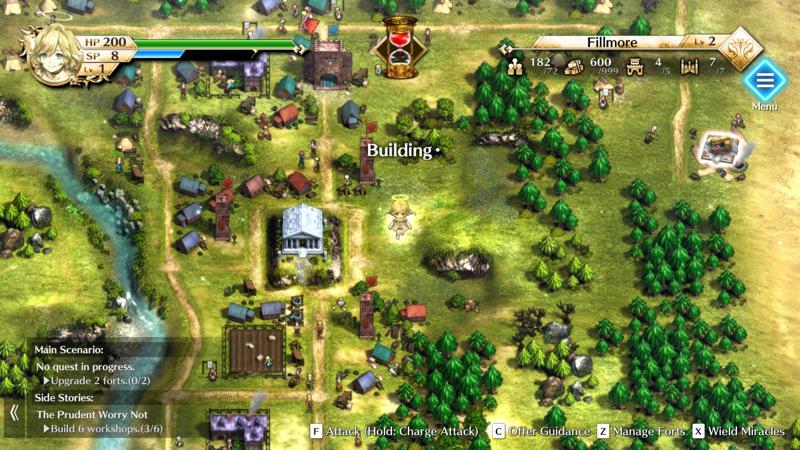 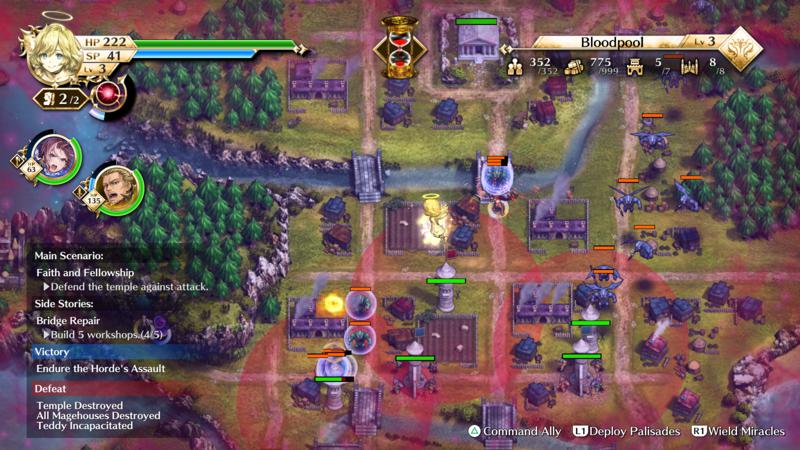 In fact, the game loves to interrupt you constantly. In the original title there was the central temple and, occasionally, you'd get a little message that the townspeople wanted your attention. It was your choice when you went to talk to them, doing this (as with everything) at your own pace. Renaissance doesn't trust you to handle things at your own pace so as soon as the game wants your attention it'll just take control away and force you into another cut-scene. It's especially bad about this in Fillmore as that's the tutorial zone and this game is absolutely loaded with tutorials, but you'll never really escape this. It's egregious even in late game where you'll finish up some event, get control back, and then the game will take it away seconds later to make you watch something else. I counted the game doing this six times in a row to me, giving control back only to take it away seconds later again, to the point where I said, "am I ever actually going to be allowed to play my game?"

I think, setup the right way it's possible that the town defense sections could have worked. If they were little packs of enemies that appeared once in a while while you were grooving, doing your thing, and you just had to send the hero you got (as there's a hero in each town that you guide) to deal with the enemies, that could work. Spice up the town building without getting in the way. "Oh, there are some orcs. I'll guide the hero over here while the cherub continues to deal with the bigger enemies." Heck, it would have also encourages smart placement of town defenses to try and stymie the monsters so you could focus on what actually mattered.

Really, it all comes down to balance. There's a way to add these new features in, not all of which I hate, and still keep the smooth flow of the original title. There is no flow to Renaissance, though, just a constant series of interruptions as the game forces you to go through its rigid steps, to play it at its pace, not your own, while it refuses to fully let go of the reins and simply let you play. By the second town, Bloodpool, I'd already learned the full pattern and flow of the game but that didn't stop me from having to go through its herky-jerky steps for the rest of its 20 hour run-time. And, frankly, by the end of it I really just wished I could ignore the town building and get back to the platforming which was the only part of the game where I wasn't constantly interrupted.

I honestly wonder if anyone that designed or play-tested this game had actually played the original. Did they understand the story of it, the flow of the game play, the balance of it. Hell, did they even just play this game and see how much the flow stutters because the game is constantly forcing you to put the controller down and wait through another cut-scene? It feels like all of these flaws could have been fixed by just playing the game and seeing how bad the game play loop really was. Instead a game that feels like it's still a couple of revisions from greatness came out to fulfill, and disappoint, the wishes of the classic's fans. 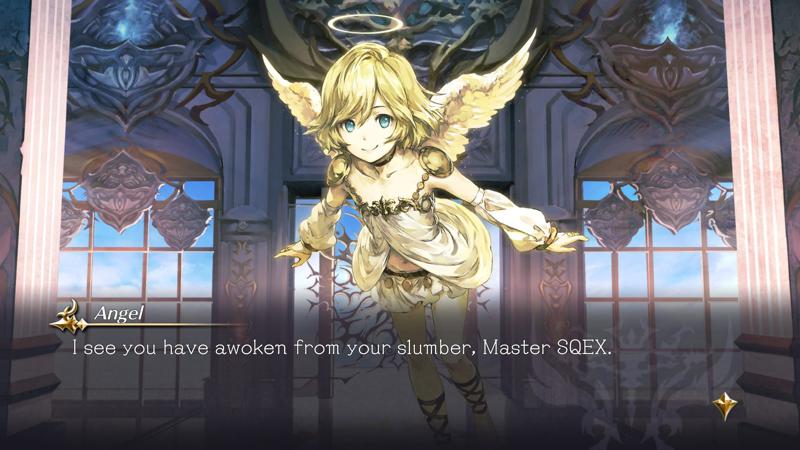 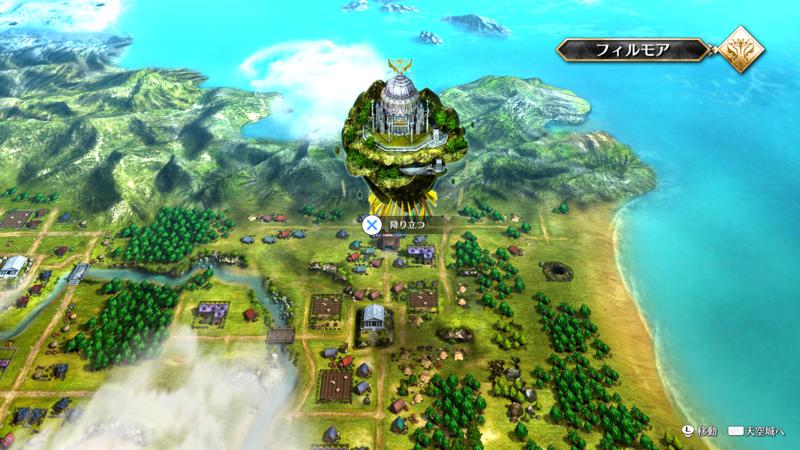 I love the original Actraiser and I'm happy to see the name arrive again. I'm also not opposed to change and many of the little tweaks to the game play make sense. It's not in the ideas that I feel like the game stumbled but in the execution -- this game needed more massaging, more time with the people making it so that the could smooth everything out and let the game get out of its own way. Actraiser Renaissance makes you appreciate just how smooth the original title was, how effortless this complex game seemed when it was originally designed by Quintet. If anything, though, Actraiser Renaissance does the impossible: it makes me appreciate Actraiser 2; at least that game knew how to get out of its own way.

Obviously, much of what was put into this remake doesn't feel at all like Castlevania. This game does its best to push even further way from the platforming, adding more focus to the town (and town defense) instead. But in the platforming sections it does feel like the creators drew a little more inspiration from ,span class="tilt">Castlevania and other related titles. This was especially true of the new enemy crystals mechanic as the upgrades here felt a lot like the whip upgrades you'd get in our favorite series. Yes, you earn them slowly over time, but you do still get that same satisfying power upgrade every few monsters, that same feeling like, "I better not die and lose these upgrades as I need this strength" (although you have to die all your lives to lose your power boost here).

If only the rest of Renaissance could have blended in its new mechanics as seamlessly.