Of the various Castlevania games that have been pitched and then canceled by Konami (a remarkably small amount considering the long lifespan of the franchise), Castlevania Resurrection probably hurts fans the most. Considering how far along the game was (a set engine already built with at least 25% of the game's content reportedly implemented) it's a bit of a surprise the game was canceled straight out, and considering the buzz behind the game, more than a few fans were disappointed by its cancellation. That said, it's not a complete surprise the game was never finished and released.

In development for the Sega Dreamcast back in 1999-2000, Resurrection was hobbled at the outset by its chosen platform. Much like the Sega Genesis 32X attachment that was to be the home for another canceled game, Castlevania: The Bloodletting, the Dreamcast was a poor seller out of the gate, meaning that a number of game companies had to decide if developing original games (and not just ports) for that system made financial sense. There's a reason that the majority of games for also-ran systems tend to come from the company that put out the console: most other companies don't have a financial stake in the success of the platform so they have no reason to develop for it when there are better-performing systems on the market.

But the Dreamcast on wasn't the only reason the game was canceled (even if it certainly served as final justification). Reportedly there was friction between the U.S. development team behind Resurrection and Konami's main headquarters in Japan. As the story goes, despite an initial agreement on the direction for the game -- a 2.5D platformer starring Sonia Belmont (of Castlevania: Legends fame) -- Konami was apparently unhappy with how the game was developing, potentially expecting something different than the demos they received. When it seemed like the game would not be able to shift to the (possibly new) direction the company wanted, they scrapped it altogether. 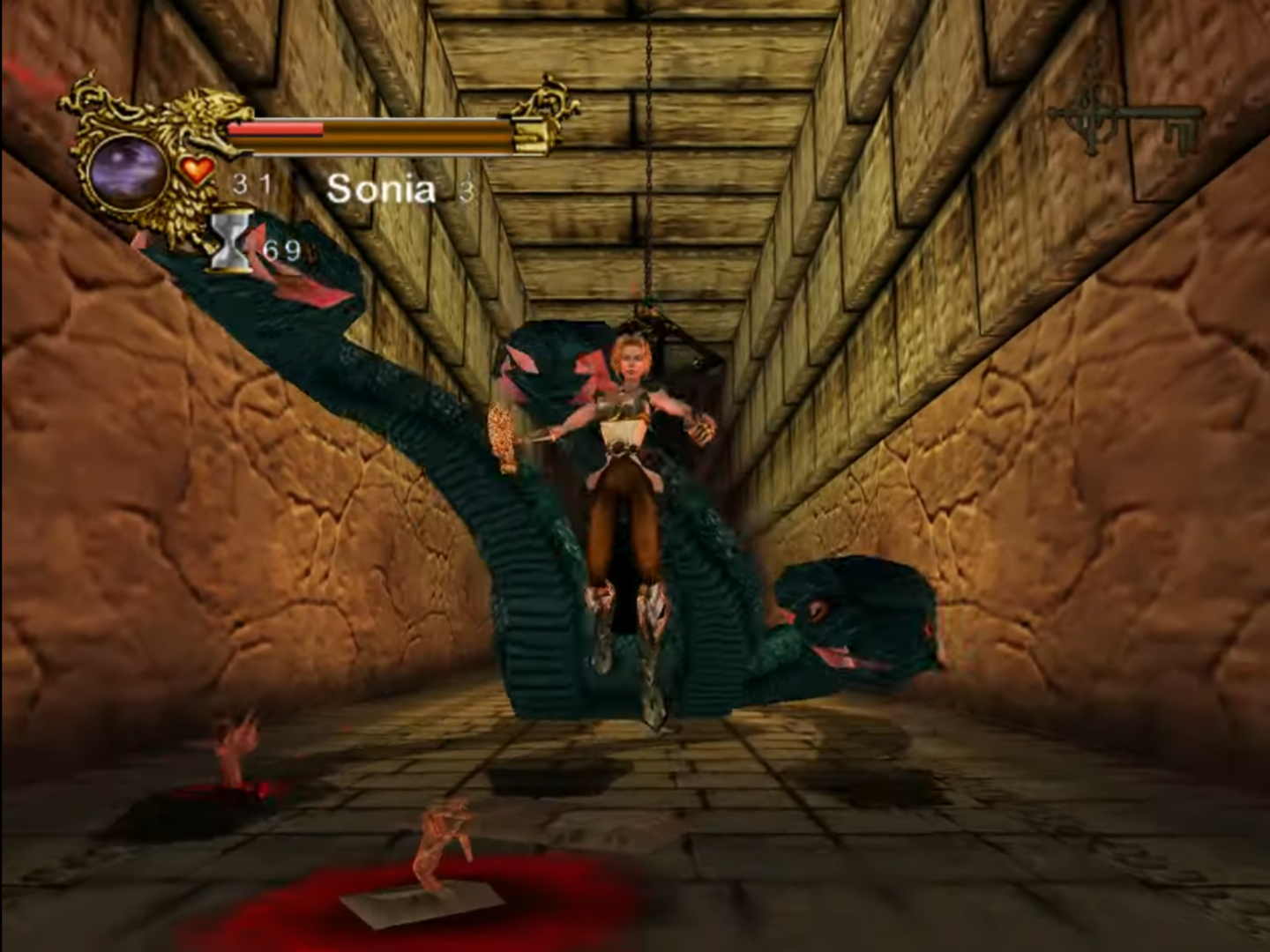 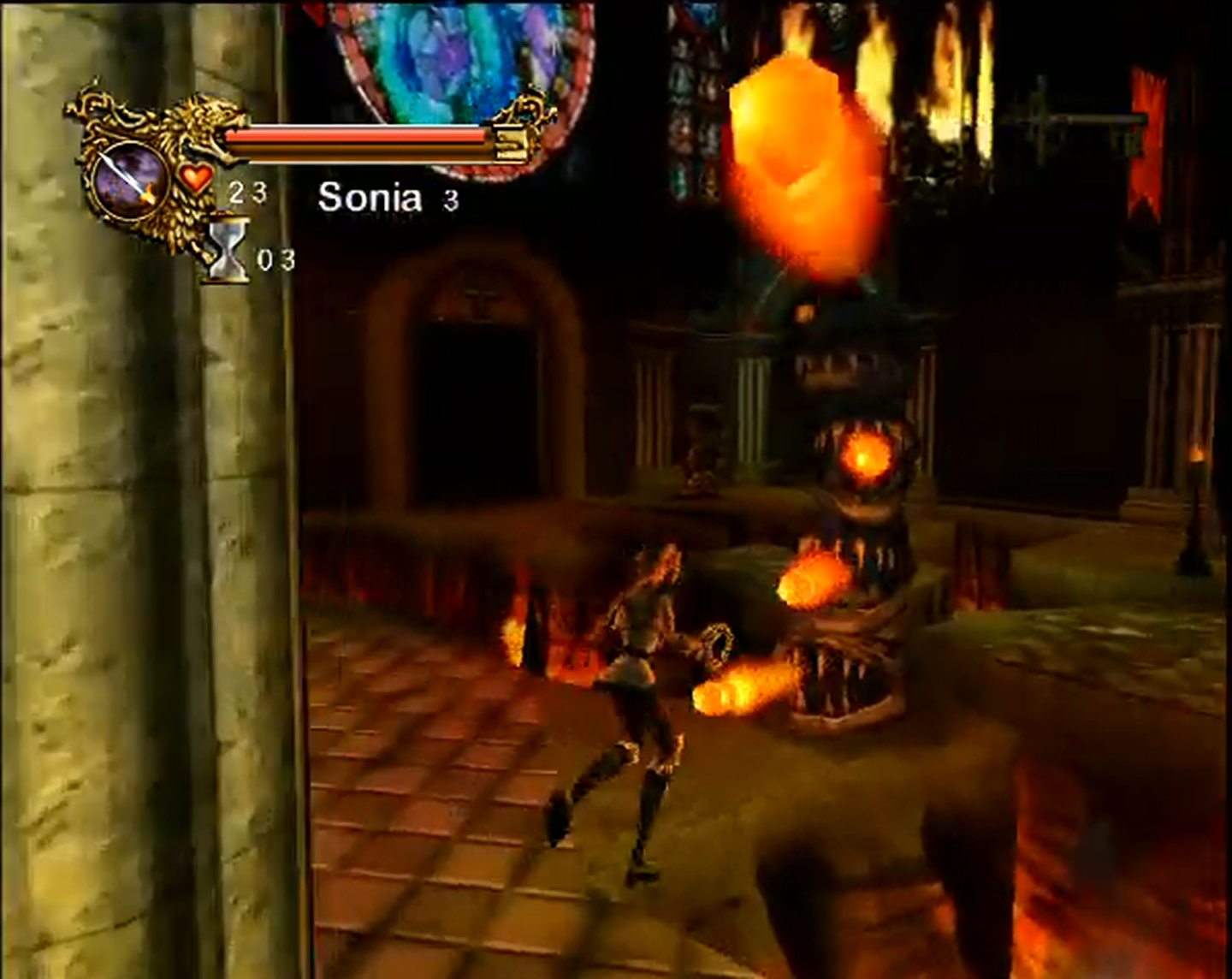 Bear in mind, of course, that this would have been the third 3D-styled game in the series, after Castlevania for the Nintendo 64 and that game's "director's cut", Castlevania: Legacy of Darkness, and it's worth remembering that neither of those games set the world on fire. Konami of Japan very well could have looked at how Resurrection was shaping up, noticed how it played a lot like the previous Nintendo 64 games (a detail we'll get to in a bit), and decided that this game wasn't worth releasing. "If those games weren't successful, why would this one, modeled similarly and released on a dying system, do any better?" That's a reasonable business decision, all things considered.

As remember that these kinds of direction changes from game companies aren't entirely unheard of; different bosses from different divisions expect different things, and when projects don't meet certain notes, or when new ideas are dreamed up independent of the product in development, whole portions of games have to be scrapped and redone. Diakatana is one famous example of this, with Duke Nukem Forever being an even more widely known example; both were games that were over-hyped during their time in development, took much longer to come to fruition than expected (due to shifting ideas and new engines being implemented), with the final released product being worse than anyone could have even reasonably wanted.

For a flagship series like Castlevania, then, it's possible (even probable) that the Japanese side of the company expected something different from what was being developed, while the American team had other ideas about what the game should be, and this lead the company to "shift resources" to other projects instead of trying to save what was already designed. When Resurrection seemed beyond saving (for what they wanted, even if it was solidly on the path to completion), killing it would have been the best option from the company's perspective.

Plus, let's be honest, Sonia Belmont wasn't a draw, with her biggest (and only) game being the little-loved Legends; the lack of a marquee character attached to the project could have been a factor as it might have limited the game's reach. Put that in with everything else, all that baggage we just discussed, and that provides a lot of evidence for while the game was canceled after being shown off at E3 in 1999 (and we will get to this in a moment). It's no wonder, then, that Resurrection was canned; the stars were aligned against this game (at least as far as Konami was concerned). 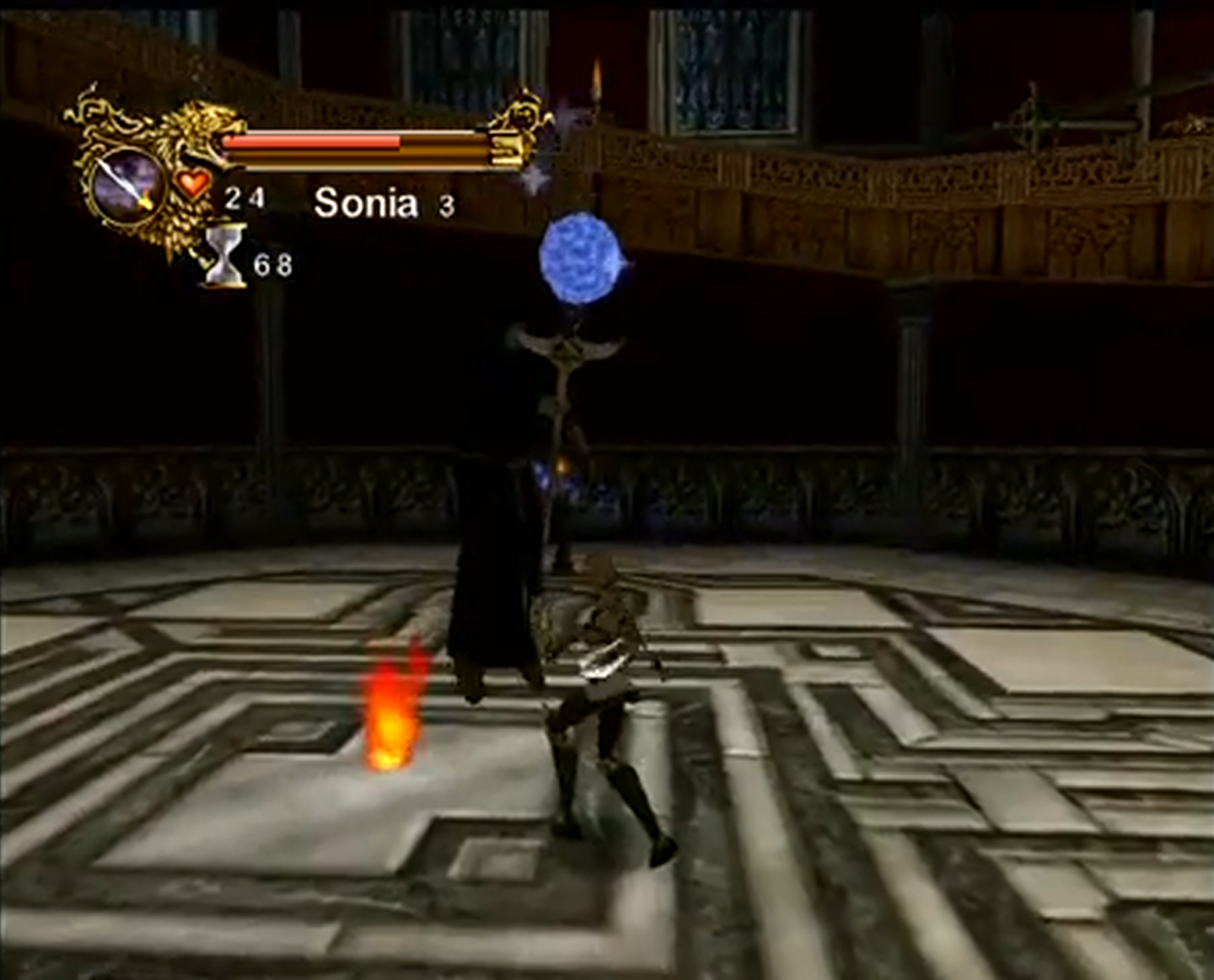 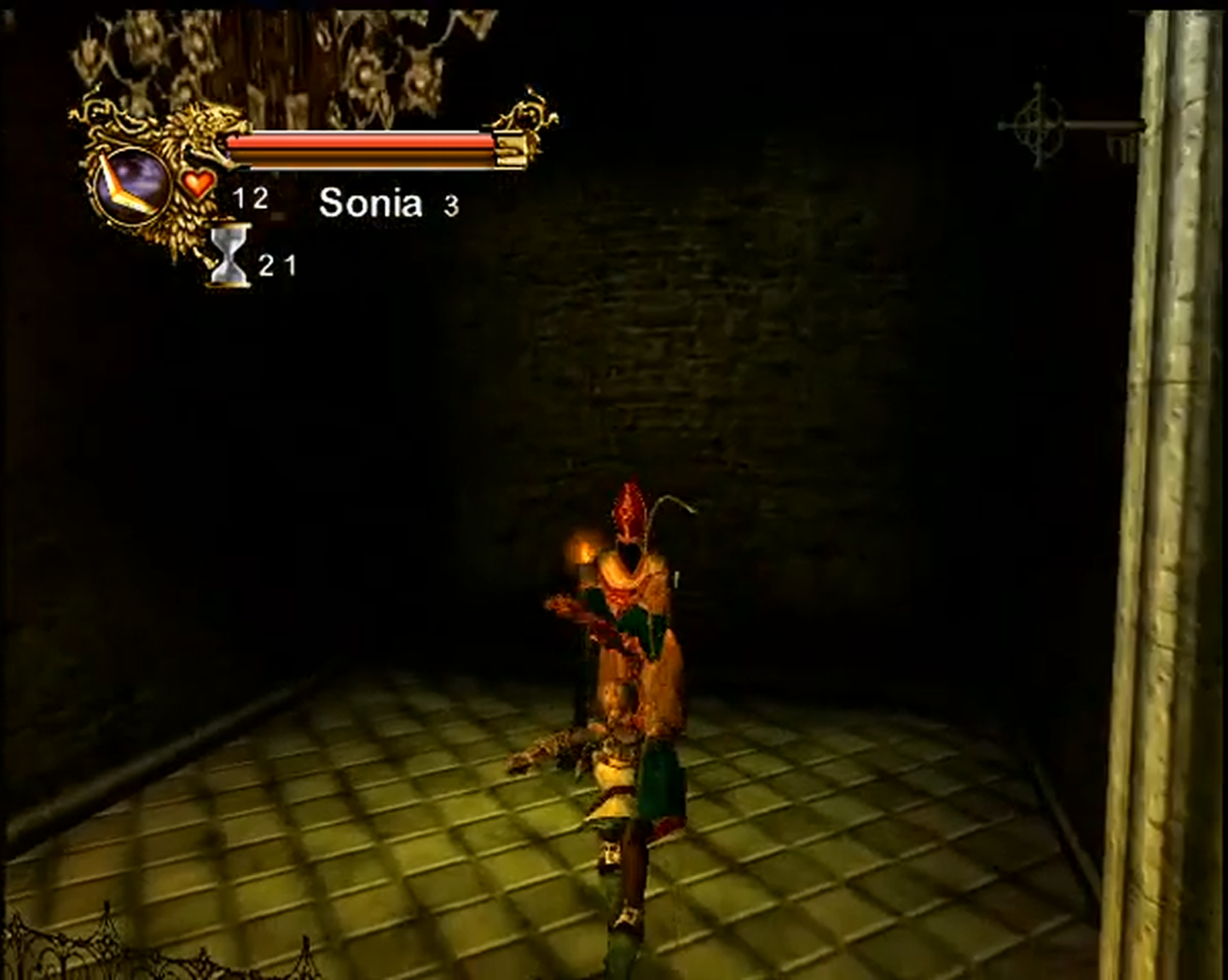 If there's any consolation, Castlevania: Resurrection wasn't the only Konami game canceled at the time. As noted by game's art director, Greg Orduyan, every game Konami had in active development for the Dreamcast was canceled on the very day Sony announced the release of the PlayStation 2. The writing was on the wall for Sega's system, and Konami was just following the market. It's sad that the game didn't move to another console, but, again, it just wasn't meant to be.

Unlike with The Bloodletting for the 32X, Castlevania Resurrection has not had an upbeat legacy since it's cancellation. For starters, Sonia was soon removed as the originator of the Belmont clan (replaced by Leon Belmont in Lament of Innocence). She was then fully removed from continuity, with her one released entry, Legends, kicked from the official Castlevania timeline. Despite other games also being removed before being added back in, Sonia's adventure is still the one game Konami likes to pretend never happened.

Also unlike The Bloodletting, the heroes of Resurrection never found new life in later fan-made materials. No one ever tried to make a new version (fan-brew) of Resurrection (well, not yet), and Sonia hasn't shown up in much of the way of stories or comics since the cancellation of her second game. The other hero that was slated to show up in the game, Victor Belmont, gets even less love still, showing up nowhere else besides a few promotional materials for this canceled game (although a similarly named character does pop up in Castlevania: Lords of Shadow 2).

Until 2021 the game even disappeared from the web. A few screenshots and a couple of trailers left Online were all fans had to go off of. In 2021, however, there was auction on EBay for a supposed working demo of the game. The demo was shown off (in cruddy footage filmed from the seller's phone) to show it really did work and could play in a Dreamcast. The purchaser of the game allowed Dreamcast preservationist Comby Laurent access to the copy, and a working demo of the game was published Online (to Sega Dreamcast Info Games Preservation) and released to the public. 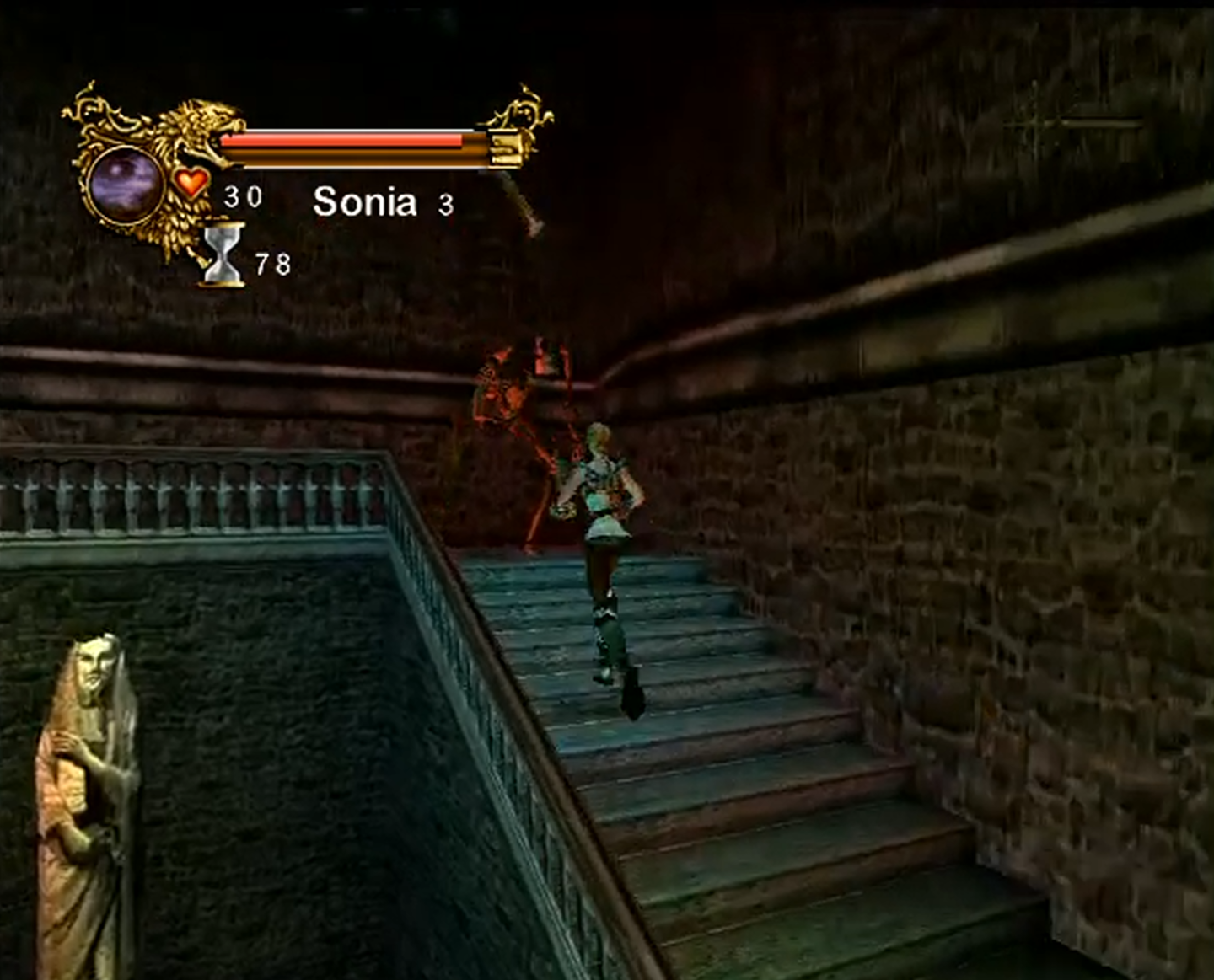 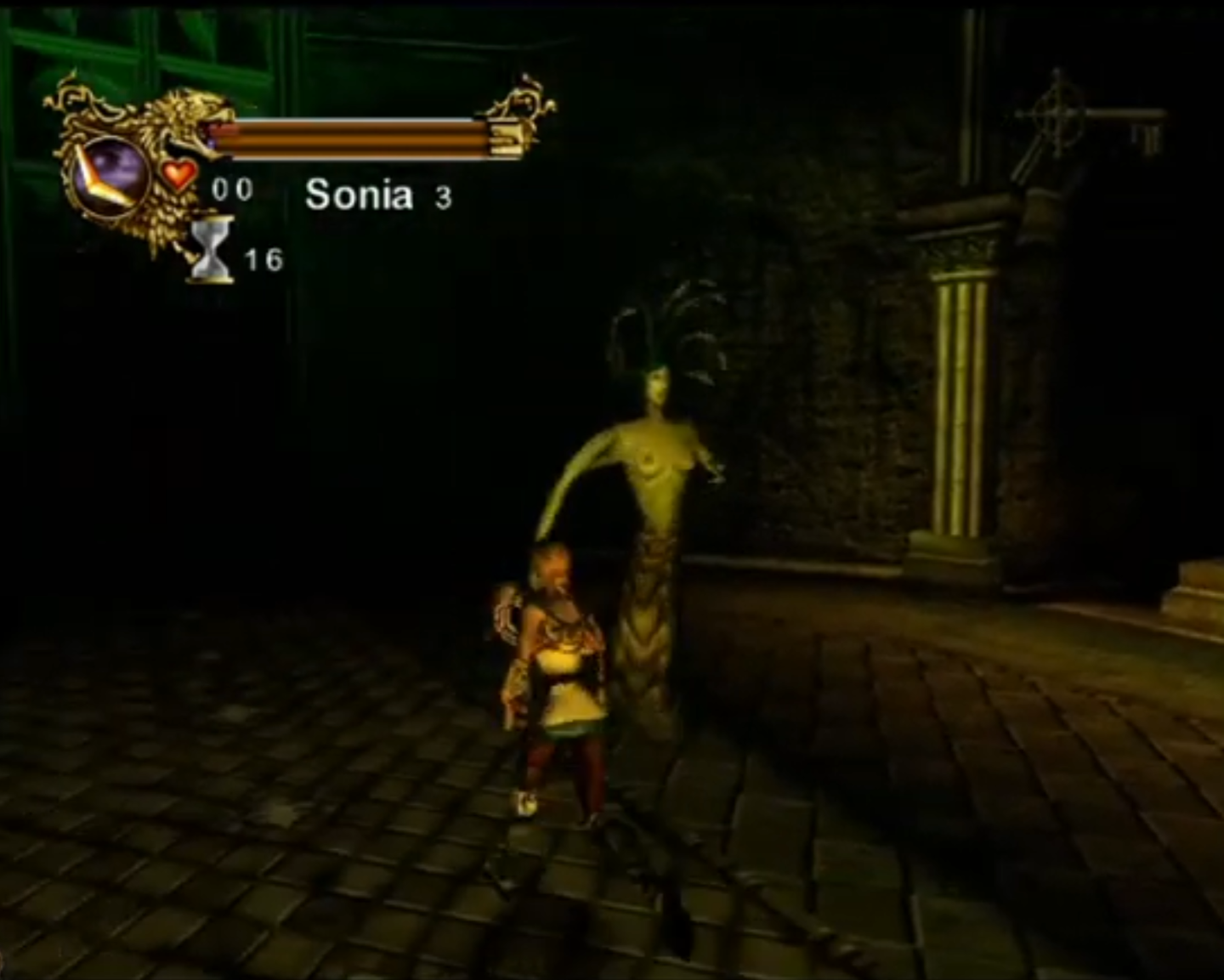 Who knows where the game could go from here. Games in worse shape than this have been hacked apart and rebuilt by fans before so it's entirely possible some enterprising fan-developers could take what's here in the Resurrection demo and make a working, "complete" version of the game. Yes, it would be a work of the fans, and not an official release, but at this point it's likely the fan community would rally around any effort to "restore" this adventure back into the Castlevania canon (in any fully form it could get).

So maybe the sun hasn't yet set on Sonia Belmont's second adventure. Resurrection may just get resurrected yet (if you'll forgive the pun).