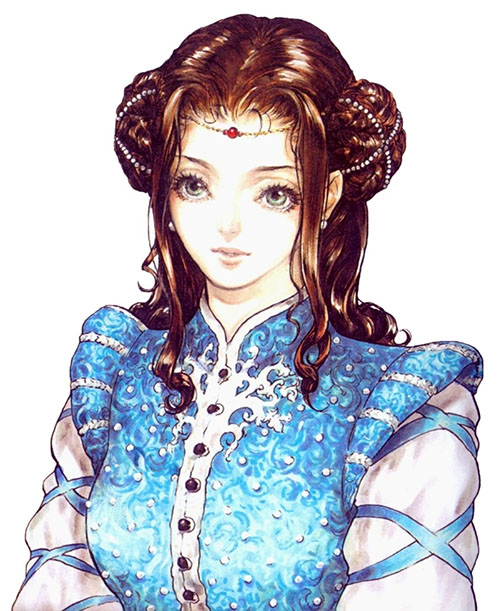 What's interesting about the life, and eventually death, of Sara Trantoul, the first love of originating clan hero Leon Belmont, is that her tale seems like it was inspired by a very classic game in the series, Haunted Castle. In that game, the fiancee of the hero (presumably Simon Belmont) is taken by the evil vampire (Dracula) on the eve of their marriage and whiled away to lure the hero to the castle. Sara undergoes the same fate, taken by master vampire Walter Bernhard to lure her heroic lover to the castle.

But although Sara is eventually turned into a vampire, and does give her life to power the eventual clan whip, the Vampire Killer, she is not a direct part of the clan. She and Leon were not married when they died, and she bore nor children (of course). No, her impact was not on the bloodline but on that whip, the the blood oath she made Leon swear. With her sacrifice the Belmonts would have hunt vampires (and evil) wherever they might rise. Her death, in essence, would not be in vain.

Not bad for a character who's barely in her own game and basically is there to motivate the hero. That's a pretty good bit of depth added to her story, even if she's still dead by the end of it.