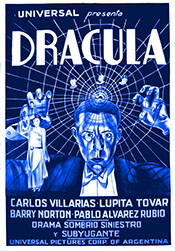 If you've seen the English-language version of Dracula then you already know this story, beat by beat. The Spanish-language version of Dracula used the exact same script, just translated into Spanish, for this production. So, like the famous 1931 version, Conde (Count in Spanish) Dracula wants to go to England so he summons Mr. Renfield to his castle in Transylvania to setup the paperwork and aid in his travels. The Count then makes Renfield his servant, the two travel to England by boat where Dracula eats all the crew, and then Dracula goes on a munching tour of England, starting with Lucia Weston before moving on to Eva (Mina in the English version) Seward. Shot for shot everything will seem familiar to you, just with different actors and en Español

So what's the deal with this version? At the time it was made, Universal was experimenting with making foreign-language version of their various films. In this instance, the English-language version was filmed during the day with one set of cast members and crew, and then at night the Spanish-language cast and crew came in and filmed their versions on the same sets. It was probably cost effective at the time and certainly makes more sense than a shot-for-shot remake made years after the original version of a film (such as the 1960 and 1998 versions of Psycho). It also allows us a chance to compare the two films side by side and see how they differ.

You know, aside from the fact that one of them is in Spanish.

To start, we do have two different casts to look at. While I lamented the fact that the English cast seems ill-equipped for the film they were making (playing broadly as if to a live audience), the Spanish-language cast seem much more natural in their roles, down-right understated by comparison. A stand out among the cast is certainly Lupita Tovar (Eva/Mina) who conveys the various stages of her character from giggling young woman to terrified girl to vampiress-sexpot without it ever feeling weird or like she's multiple characters. She has a strong handle on her role and is able to shine in her scenes. I also did rather like Carlos Villarias as the Count. Although I find that his vampire side is a little weird (at time's he looks less like an angry vampire and more like an uncle about to crack dad jokes), he doesn't perform any of the weird ticks and traits that Bela Lugosi did in his version. His performance is solid, capable, and never hammy. 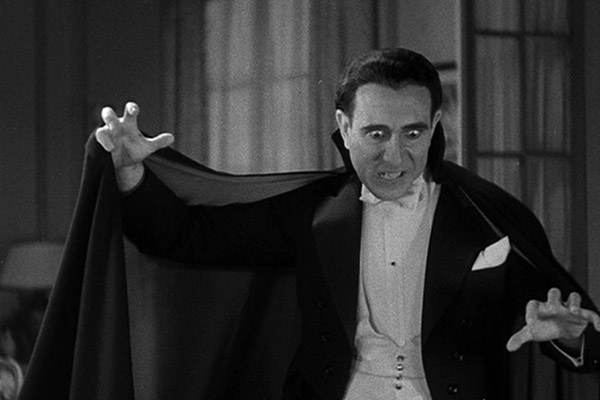 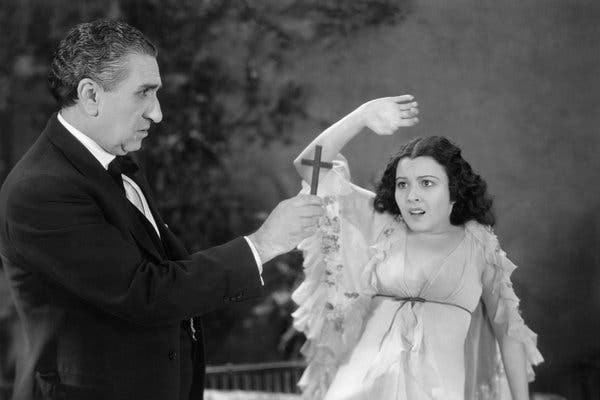 On the production side the crew is certainly better as well. The director, George Melford knows how to stage his actors and get great performances out of them (impressive considering he didn't speak a word of their language). The camera work, too, is much better, with shots that move to enhance the scenes, not to be showy. At the same time, the camera is rarely ever shaky, with a steady hand at the helm. This is a movie that you can watch it rarely be pulled out and reminded that it's actually a movie.

Of course, credit is due to the sets and costumes which, like the English production, are excellent. If anything, these costumes feel more lavish, more able to highlight the underlying sexual nature of the scenario of a creature of the night sneaking into ladies' bedrooms and giving them oral... I mean feeding on them). Think a fair number of diaphanous gowns, something the Hammer movies would run with when it was their turn.

The film is more willing to show the scares too (which may speak to the fact that this film didn't have to go past the puritanical U.S. censors). While the English version treated every Dracula attack like something it had to turn away from, in the Spanish version we get scenes of the Count leaning in, actually taking the woman into his arms, and the dipping his head as the cape covers them both. Sure, it's not much more in the way of gore or scares but it doesn't make you feel like a child or that the movie is ashamed to show anything. Plus, we actually see the puncture marks on people's necks, and when blood is shown it actually looks like blood and not just the tiniest dribble of thinned paint). It helps a lot to convey the horror of the story.

What's interesting, too, is that the movie is longer, giving more time for scenes of character development. The movie doesn't feel like a slog and, after watching the Spanish version, you realize just how much those extra scenes could have enhanced the English version. A few more moments with the characters, learning about them and seeing how they react to situations helps the film feel so much more alive and nuanced. 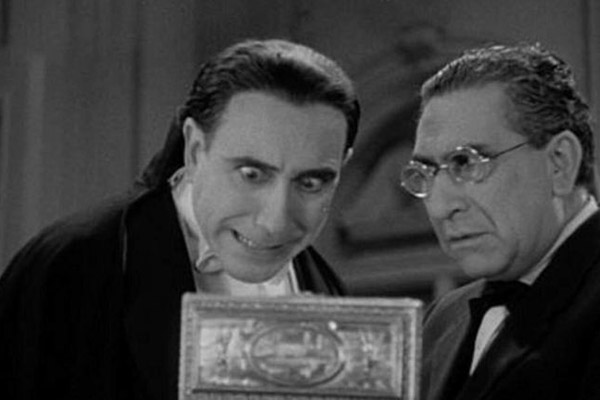 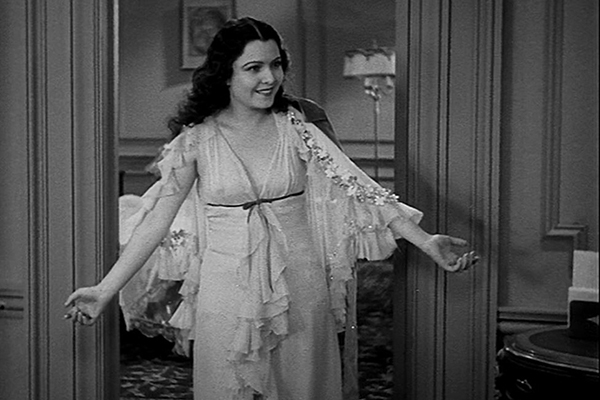 My favorite example of this comes early in the film and is a great side-by-side comparison with the English version. In both movies Dracula and Renfield tour his castle and the whole time weird crap keeps happening: Dracula walks through a huge spider web without getting anything on him (a feat Renfield is unable to duplicate), door mysteriously open and shut without anyone being on the other side, and Dracula freaks out at the sight of a crucifix. In all these instances in the English Dracula, Renfield just shrugs it off (if he ever notices at all). In the Spanish version, though, Renfield becomes more and move freaked out, showing that he's beginning to doubt who or what the Count really is. It's a performance that show these are real people, in a strange setting, and it brings you into the movie.

That's the difference between the two films and why, hands down, the Spanish-language Dràcula is the better film: it feels more like a real scenario, one where the characters react and the horror is real. When I go back and re-watch the Universal Dracula movies, this is the version I start with.