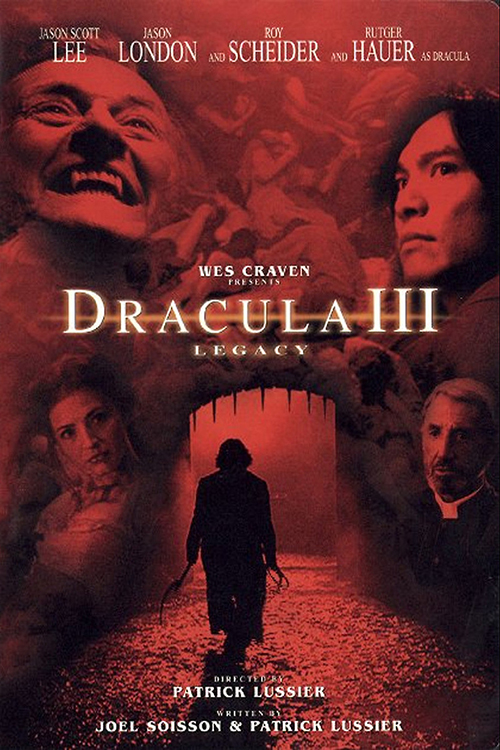 As I've noted before, I think Dracula 2000 (which was executive producers by Wes Craven ad had his name stitched all over the production materials) is utter trash. It's a big, dumb, glossy movie that overreaches and under-delivers. It's just a complete train wreck of a production from bad writing to listless direction and terrible acting. The only good thing to come out of it was Dracula II: Ascension, a trashy direct-to-video film that punched its weight and delivered a campy but fun little monster tale. It's not a great film but it's a far cry better than the theatrical release that spawned it.

Trick was, though, that these films are actually a trilogy. Although I doubt it was originally envisioned as a series when Dracula 2000 came out but Miramax had a property to milk and they certainly did love producing huge streams of direct-to-video horror garbage back in the early-to-mid 2000s (just look at how many Children of the Corn sequels they crapped out). Having a name loosely attached to a big theatrical project was good enough for a couple of direct to video flicks. The fact that the second film took it seriously was amazing, and it setup a third film to conclude its "arc". Thus, whether we wanted it or not, we got three Dracula 2000 films.

Going into Dracula III: Legacy I wasn't sure just what grade of film we were going to get. The first movie was pretty but awful while the second had terrible production values but a decent story. This third film could have been all over the place and, in fact, pretty much is. It neither has a good story nor good production values, making it the cheapest and most lackluster of the set. But it's hard to get too down on a direct-to-video three-quel made, obviously, on the cheap simply to cash in on a property. It does tie up the story of the previous film, and presents just enough vampire action to be considered "watchable". It's hard to call it more successful than Dracula 2000 and, as far as capping the trilogy, it fail hard by most metrics. It exists, and that's about the best you can say for it.

The film picks up two years after Dracula II: Ascension, with Luke (Jason London) and Father Uffizi (Jason Scott Lee) traveling around Europe, looking for any clue as to Dracula's whereabouts. The best clues they've gotten is that Dracula (now played by Rutger Hauer) has returned to his ancestral lands, in Romania, to heal and regenerate. Uffizi, who has been fighting off the vampire infection since the last film, wants to kill Dracula before his own ticket is punched. Luke, meanwhile, wants to get to wherever Dracula is holed up so he can save Elizabeth (Diane Neal), the girl he apparently loves (who, it should be noted, is also now a vampire). 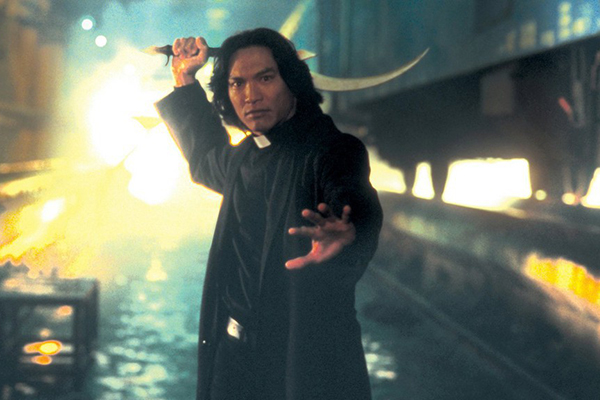 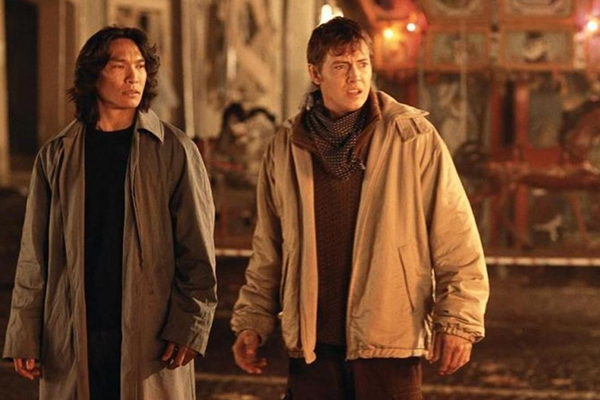 Making their way into Romania the two have to contend with human traffickers, servants of the vampire who move around in the daylight, capturing humans to bring back to Dracula's makeshift castle so he can feed. There's also Romanian rebels running around, fighting the vampires (and their own complacent government) as the country falls down around them. And there's the reporters, led by lead anchor Julia (Alexandra Wescourt), who want to cover the story and get the scoop on what's really going on in Eastern Europe before anyone else does. All of these people will converge on Dracula's domain before the day is done, and before the final confrontation with the head bloodsucker himself.

Despite the number of characters at play and the various parts that seem to be moving, there really isn't much story to this story. It sounds like a lot, but what we're actually treated to in Dracula III: Legacy is a largely boring road trip across barren stretches of Eastern Europe while the two characters tell us things about vampires we already knew from the previous two films in the series. It's pretty tedious, all things considered.

Things probably could pick up if the film had descent action to punctuate the quieter moments, but sadly this film can't muster anything work watching. It has action, but it's all filmed in a purposefully choppy way to cover up, well, everything. There wasn't a big enough budget to have people fight, or cover for big stunts or expensive special effects. What we mostly get is one character facing another across two shots, one takes an action, the other reacts, and then a splash of blood hits a wall in a third shot. Rinse and repeat this over and over again until the film ends.

It's pretty clear just how little budget this film has when the biggest stars are all returns from the previous film (which wasn't exactly populated by anyone on the Holly A-, B-, or C-list). Rutger Hauer is a good get for the cast, but even he was long past his Hollywood prime by 2005, when this film came out, and he's only in a couple of scenes total. For a Dracula film, this movie really couldn't afford to show much of Dracula. Thus a boring road trip across a cost-effective countryside without any action or fun to speak of. 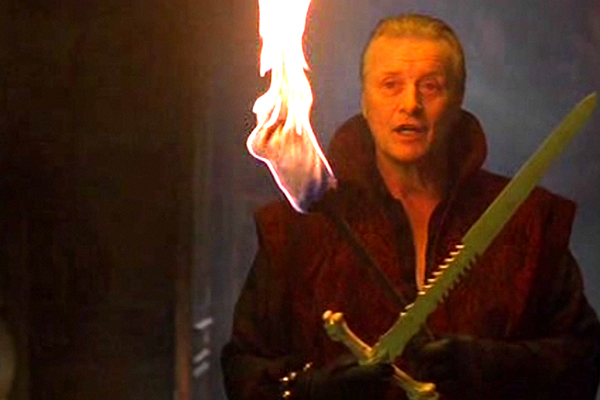 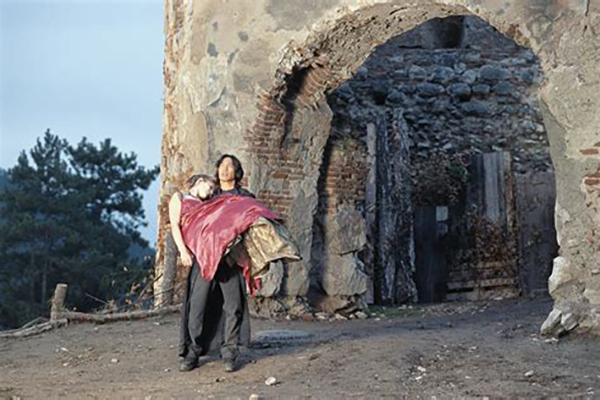 That's not to downplay the charisma of Jason Scott Lee or Jason London. These are good actors who never quite made it in Hollywood, forced to act in low-budget direct-to-video fare because their big breaks just never materialized. I like both of these guys -- Jason Scott Lee was pretty credible as Bruce Lee in Dragon: The Bruce Lee Story, while Jason London was great in Dazed and Confused -- but this movie was beneath them. Hauer was at least smart enough to get paid for using his name and being in the bare minimum of required scenes, but no one really got out of this movie clean, frankly.

If the second film hadn't set up a sequel to tie up the story I doubt anyone would have cared if Dracula III: Legacy existed. Hell, this film set up the possibility for further adventures of the vampiric Father Uffizi but clearly this low-budget film did so poorly even that wasn't in the cards. It probably would have been best if the second film hadn't required a third to tie up its story, then we wouldn't have had to bother. Even now, having watched this film twice, I simply wish that whatever continuation we'd gotten had been better than this.