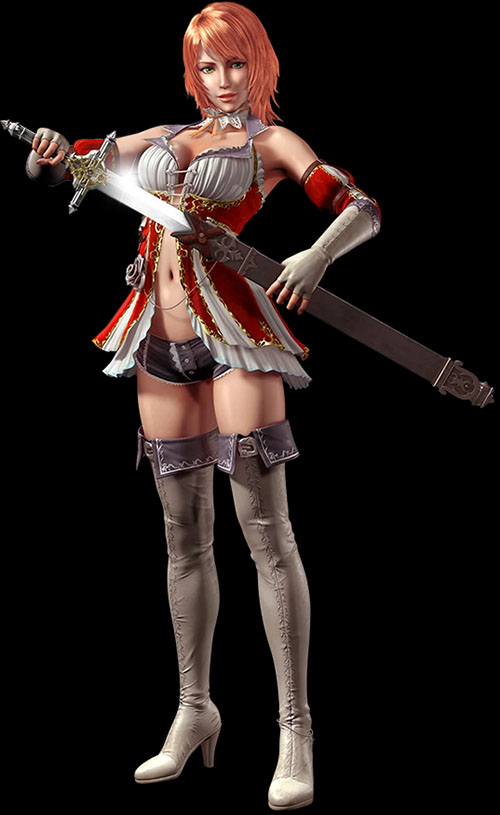 The way it works is that a player will make certain combos or get their little metal balls (as this is pachinko) into the right slots and the special screen on the game will activate. Various cut-scenes will play, sometimes with player input or continuing to feed on the pachinko game going on in the process, and depending on what happens the player will be greeted with a sequence of titillation and excitement (generally shots of the characters cleavage or their panties). This then, presumably, gets the young men playing the games to continue playing for more of these sequences.

This goes some way to explaining the outfit Victoria wears as, customarily, bouncing around Castle Dracula in a sheer chemise and boy shorts is not a practical way to stay alive (although it is an effective way to catch a cold). While she does bring quite the impressive sword, Victoria has no armor (or pants, even), making her seemingly ill-equipped for a proper vampire-hunting excursion, which is ostensibly why she's at the castle to begin with.

As with the other women added for these gambling machines, Victoria's primary task is to act as a damsel in distress, someone to be attacked by monsters and saved by the hero (in this game that role is filled by Richter Belmont). The rest of the time she's simply supposed to to prance around in her skimpy outfit and occasionally flash a fair bit of skin. That's the way of these games, sadly, and they cast the series in, frankly, not the best light all things considered.

Naturally, Victoria has not been heard from since her adventure in CR Pachinko Akumajo Dracula. As her adventure was produced by a third party (Takasago Electric Industry) and not Konami, it's tale sits firmly outside of the main continuity (no matter how much it might overlap), making Victoria just a footnote in the overall story of the series. 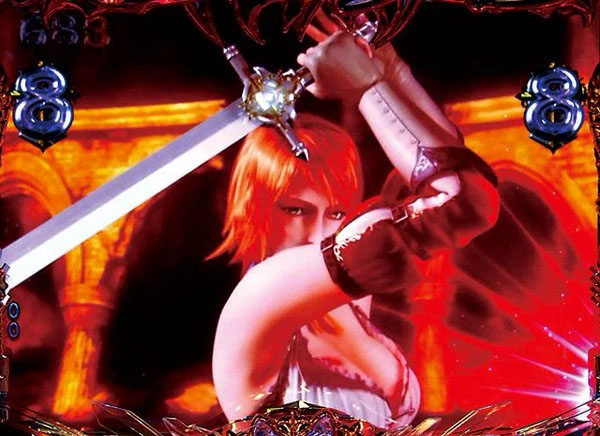 Victoria Florescu, daughter of the noble House Florescu, was raised from an early age to be a swordmaiden, a defender of her family's estate and a warrior in times of need. Strong and brave (and also, as the games descriptive text describes her, "dignified, frank, elegant, a little stubborn, unyielding and proud"), the young warrior took her task seriously, practicing for the day her people might need her. That day came quicker than she expected.

When her sister went missing, Victoria picked up her sword and went out into the world to investigate. That was when she heard about the resurrection of Dracula, how Dracula's minions have been kidnapping young women from around the towns in the region (setting this game clearly in the same place in the timeline as Castlevania Dracula X: Rondo of Blood). Making the logical assumption that Dracula might have also kidnapped Victoria's sister, the young warrior went to the castle to save her sibling.

At the castle gates she ran into to other heroes, Richter Belmont and Maria Renard. They, too, were at the castle to defeat Dracula and to save the kidnapped women. Seeing a like-minded warrior, Richter and Maria agreed to team up with the woman, expecting that additional assistance would be useful.

The warriors battled their way through the castle, fighting all manner of monsters and assisting each other in moments of need. In the process they rescued many of the women that had been kidnapped (and, while it's unclear from what's know about the game, presumably Victoria's nameless sister was among them). They then fought their way to the top of the castle for an epic showdown with the Dark Prince, leaving the vampire dead and the realms of Romania safe... for a time.

Well, we have to assume this, anyway. These games were light on story (leaving much of the "storytelling" to the imaginations of the players), and they also had no endings (since players were just supposed to continuously funnel money into the machines), but presumably Dracula died and everyone was saved as that's, more or less, the way the story is told in the main continuity.