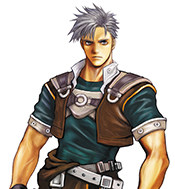 After the release of the first major Metroidvania title in the Castlevania series, Symphony of the Night, Konami had a vested interest in revisiting the formula with another game in the series. While they flirted with a more traditional platformer (Legends) and 3D adventuring (Castlevania 64), it was clear a new Metroidvania title was what the company really needed.

Enter, then, Castlevania: Circle of the Moon. Released on the relatively new at the time Nintendo Game Boy Advance (which was doing big business at the time), the game focused on a new vampire hunter, Nathan Graves, as he explored a gothic castle armed with his whip all so he could reach the final chamber and defeat Dracula. Along the way he'd have to collect items, upgrade his magic, and improve his RPG stats all so he'd stand a chance against the big bad vampire daddy. It was the "sequel" to Symphony Konami wanted... and yet it wasn't exactly loved by many fans.

The game's graphics were dark when played on the GBA (although crisp and clear when later put ont the GameCube's Game Boy Player and the various Nintendo Virtual Console platforms) and the game itself was quite difficult. Compared to the downright breezy adventure starring everyone's favorite angsty son, Alucard, Circle was amuch different beast. For many reasons the game didn't have a lasting impact on the series' legacy (except to teach Konamu to brighten up the graphics in later games) but (for our money here at the Inverted Dungeon) it did provide us with one of the last great whip-wielders before the series wandered off into angsty bishonen Alucard-clones.

From an early age, Nathan Graves was raised to be a vampire hunter. Ten years before his own adventure his teacher, Morris Baldwin, confronted Dracula (in an adventure Konami only hinted at in this story and never actually made), casting the dark lord back into the pits of Hell (which actually has great rent rates if you can stand the heat). Since that time, the vampire hunter trained his apprentices, Nathan along with the master's own son, Hugh, to guard the world against the eventual return of the vampire lord.

During the years of training Hugh always proved to be the better hunter. He was faster, he was stronger, and he knew it. However when it came time to finally pass the master's whip, the Hunter's Whip, on to one of his two students, Morris chose Nathan over his son. This infuriated Hugh, reducing his own accomplishments to "also ran" status.

Ten years to the day from the time of Dracula's last defeat, darkness once again spread across the lands. Venturing into Carmilla's castle with his two trainees, Morris lead the way to the final chamber. There he was confronted by Carmilla and the resurrected fiend, Dracula. The teacher was captured and his two students were cast out, deep into the castle, to fend for themselves. Hugh ditched Nathan declaring that he would be the one to save his father -- this despite the fact that Nathan had the famed whip. This left our hero alone to find his way.

As he explored the castle, Nathan came upon monster that held great treasures. Included among these spoils were magical cards that, when combined, gave Nathan powers far beyond what any vampire hunter had wielded before. He used these newfound abilities to explore the castle to it's fullest, eventually confronting not only Carmilla (who he killed) but also his friend, Hugh. blinded by rage and betrayal, Hugh had become a vessel for the dark magics of the castle. He lashed out at his friend, sending the two into a pitched battle. Thankfully Nathan once the fight and cleared the darkness from his friend's eyes. Seeing the error of his ways, Hugh aided Nathan, sending the vampire hunter along to the final chamber to defeat Dracula.

As he reached the final confrontation, Nathan steeled himself for the final battle head. His fight against Dracula was pitched and furious and required all the skills and powers he had amassed during his journey. He was victorious, once more sending the fould vampire to an early grave. This freed his master, Morris, and allowed all three vampire hunters (Hugh included) to escape the fortress. As they wanted the castle crumble they knew, soon enough they could have been called upon again to rid the world of darkness.

This game has a few questionable details in it that we felt had to be explored. For starters, the Hunter's Whip, Nathan's weapon of choice, is only ever mentioned in this title and never brought up again. Considering that it's good for fighting vampires and, up until now, no other whip had ever been mentioned in the series, it was assumed that the Hunter's Whip was just another name for the Vampire Killer. This is only reinforced by the fact that Nathan could collect all the usual powerups and sub-weapons the varous Belmonts used, leading one to figure that the name might have been different, but the whip was the same.

This assumption about the Vampire Killer has some merit to it once you slot Circle of the Moon into the greater chronology. After the time of Richter Belmont the famed vampire hunting clan disappeared leaving other hunter's in charge of guarding the whip and saving the lands from Dracula. The fact tha Morris Baldwin, Nathan's teacher, had a powerful vampire hunting whip and was using it around 1820 or so fits nicely after the time of Richter (1792 and 1797). It's not a big leap to assume the Baldwins got the whip first, trained in its use, passsed it on to Nathan who then, eventually, passed it along to Reinhardt Schneider. It works neatly.

Of course, after the release of Circle, series head IGA took over the whole of the series and he had different ideas about what should and should not be part of the series. Circle, for whatever reason, was removed from continuity. This left us without a lot of answers about what the Hunter's Whip actually was. It also meant (as a second point of contention for us) that we never actually got to see Morris Baldwin's adventure set around 1820. Eventually Circle was kinda-sorta reinserted back into continuity giving it a pseudo-place in the series but it had been long enough that these various questions would never be answered (leaving it up to sad, tragic fans like us at the Inverted Dungeon to figure out our own answers).

Nathan plays like a hybrid of the classic Belmonts of old and Alucard from Symphony of the Night. As a whip-wielder, Nathan plays about as you'd expect, relying on his whip for primary damage, sub-weapons and magic as backups. As he explores his adventure, though, a fairly standard Castlevania hero begins to break free of his roots. Pretty quickly players will begin amassing experience, leveling up Nate and making him more and more powerful. Armor and items will drop, improving his stats, and he'll eventually gain new moves and abilities that make him faster and more agile on his feet (so he doesn't control like a melted LEGO-man like so many Belmonts before him).

What really sets him apart from the rest of the heroes in the series, though, are his magic cards (as opposed to Magic Cards which are way nerdier than even this site can handle). Via the DSS System (Dual-Setup System... System) Nathan could combine two sets of cards (one based around elemental animals, the other based on Roman gods) to create awesome effects. Some would allow him to boost his whip with elemental effects while others granted him stat bonuses. Health regen, magical shields, and summons were all possible with DSS. he could even take a page from both Alucard (and summon familiars) and Richter (and perform item crashes). His system was very flexible and one of the great highlights of his adventure.

It's just a pity we never got another game with Nathan so we could have seen how far Konami could have pushed the DSS system beyond this title.