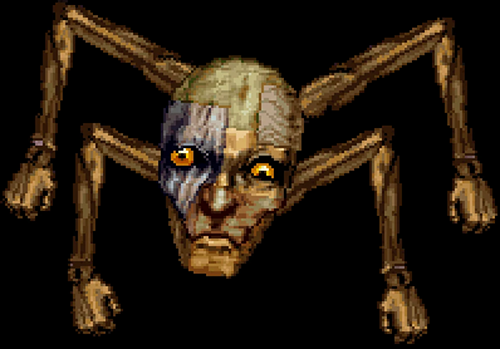 There is something innately creepy about puppets. Sure, sometimes someone crafts a type of puppet that isn't creepy -- the Muppets, for example -- but most puppets tend to veer aware from lovably cute into outright horrifying, and that's without even trying. The fact is that most puppets, like a lot of old-timey dolls or other toys, are made to look like humans, but the uncanny valley effect makes them creepier than if they resembled anything else. It's a problem that can't be solved without making the puppets look very different.

That said, if you want to come up with a newer monster idea to throw into a Gothic horror game, puppets are a solid way to go. While certain types of marionettes and other dolls have shown up in a few games in the series -- the Tower of Dolls in Castlevania Dracula X: Rondo of Blood, for example -- it wasn't until late entry in the series, Castlevania: Dawn of Sorrow, that we actually had a boss that capitalized on that creepiness.

Named the Puppet Master, this boss was probably about as creepy as the concept could get: a giant head, attached to spider-like limbs, scrabbling around a room. It plays on the inherent ickiness of puppets, that nods towards the uncanny valley with the life-like head, adding the nastiness of spiders on top for a really foul look. Konami really knocked it out of the park with this one.

While the Puppet Master officially shows up twice in the Castlevania series -- once in Dawn of Sorrow and then later in non-continuity multi-player entry Harmony of Despair -- he does have a couple of additional nods in the extended media. He shows up first in Castlevania: Reminiscence of the Divine Abyss (Japanese name Akumajo Dorakyura: Kabuchi no Tsuisokyoku), a novel set one year after the events of Dawn of Sorrow. In the book, the Puppet Master is brought back, along with other series villains, to populate a recreation of Castle Dracula built by the remaining followers of Graham Jones. He is ultimately defeated in the story by Julius Belmont.

Of course, while this book was officially licensed by Konami, and overseen by series producer Koji Igarashi himself, it was never released in the West. As such, we at the Inverted Dungeon don't consider the novel and official part of the continuity. It instead holds the place of many officially made, but non canon works, which also includes Harmony of Despair.

Meanwhile, although not called the Puppet Master, there is a similar villain in Castlevania: Lords of Shadow - Mirror of Fate named the Toy Maker. Although the heroes of the game never directly fight the Toy Maker, they do end up having to traverse his workshop of horrors, and then end up battling a number of puppet-type monsters the Toy Maker sends after them. It's a little odd that the heroes never have to fight the Toy Maker himself, he is glimpsed near the end of Mirror of Fate and plays a more prominent role in the sequel, Castlevania: Lords of Shadow 2. 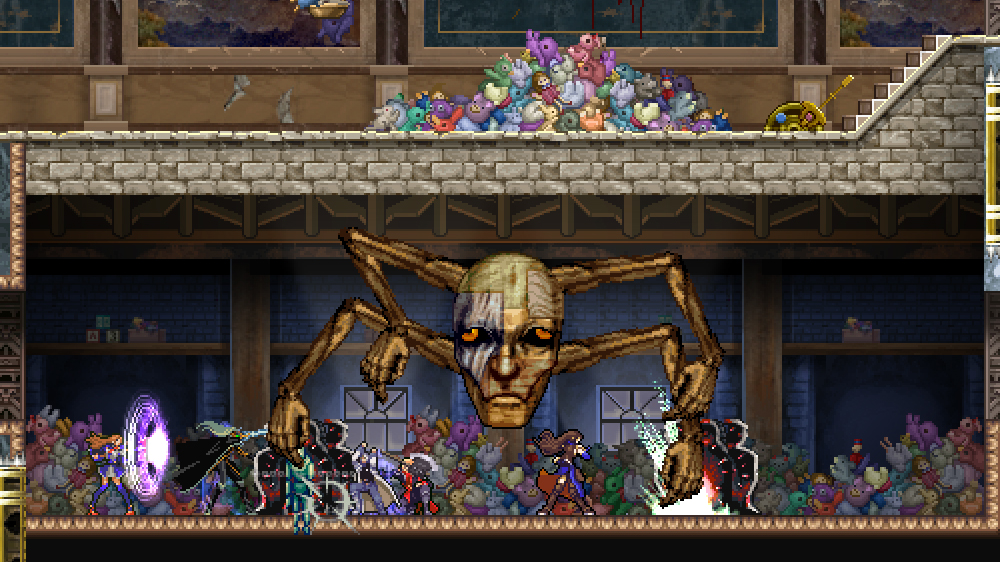 In the first encounter with the Puppet Master in Dawn of Sorrow, the villain will attack the hero in one of two ways. First, he can open his mouth and summon three French dolls that will fly at the hero, surrounding him and dealing contact damage. This is a minor attack but annoying, especially when paired with the Puppet Masters second attack: he'll summon a doll in one of his hands and move the doll, slowly, towards an iron maiden. If the hand makes it to the torture device , the doll will switch with the hero, trapping them in the device instead and dealing a massive amount of damage. You'll have to destroy the doll (with two hits of any weapon or attack in normal mode, four hits in hard mode) to stop the doll. Then it's just wailing away at the Puppet Master himself until he dies.

His second, and currently final, appearance in the series comes courtesy of Harmony of Despair, and it ends up a lot like the first. His moves are a the same as in his first appearance, although the French dolls he can summon this time will curse the heroes if they land contact damage, draining way their magic. Also note that once the Puppet Master has sustained enough damage, he'll start moving around the whole stage (not staying within his boss chamber), requiring the heroes to pursue him as he flees. He'll still summon the swapping dolls, which can make the pursuit quite deadly if the heroes fail to keep up.